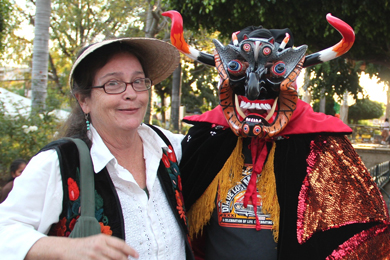 Last weekend’s Purépecha Festival at the Ajijic plaza drew big crowds of eager shoppers looking for deals among the superb selection of hand-made goods while sampling the sights, sounds and flavors of life in the state of Michoacan.

For the visiting artisans from more than a dozen Michoacan villages the three-day event was much more than a cultural and commercial fair. Living up to the thematic title Unión de Pueblos, it was a fiesta celebrating kinship and resilience against the shadow of insecurity and violence that menaces the well-being and survival of the inhabitants of communities throughout a state distinguished for producing unique arts and clinging to authentic traditions.

“You hear a lot about Michoacan’s reputation as a violent state. Unfortunate things have happened there, but artists continue working,” commented photographer Jesus Alejandre at the festival’s opening ceremony.

Chapala city councilor Lucy Mendoza views the courage of Michoacan’s people as a example to be followed by the entire nation. “Art and culture will lift us out of our troubles,” she remarked. 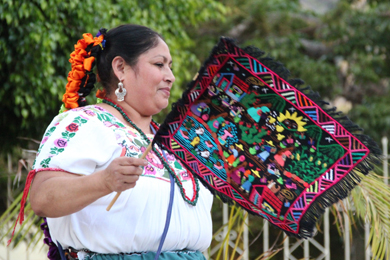