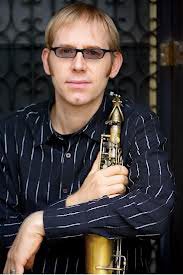 The 12th annual Scotiabank Northern Lights Music Festival is off to a good start.

Unsurprisingly, some of the musicians and their families had safety concerns following the awful events of the previous week, that were exacerbated by the extensive and occasionally ill-informed coverage in the North American press.  To their credit, however, and despite some travel delays due to the appalling weather further north, all the musicians arrived in Ajijic on schedule.

The festival opened at the Auditorio on Monday, February 17 with “Alvins Adios” – the multi-talented Alvin Tung is a popular figure at Lakeside. This performance was his swan song after five years of delighting audiences with his classical and Spanish guitar playing.

On Tuesday, February 18, as part of the Salon series, “Baroque in Song” was performed in the afternoon, at Casa Bravo. That morning I was lucky enough to overhear the rehearsal.  Extremely gifted, Erin Cooper-Gay is one of those people it would be very easy to resent, as her voice is extremely beautiful – and so is she.

Accompanied by a string quartet comprising Mary-Beth Brown, Amy Laing, Mai Ngyun and Greg Gallagher, the rehearsal of Handel’s “Myself I shall adore!” was breathtaking and the hairs on the back of my neck were all standing to attention before they were even three bars in.

Unusually, the afternoon’s performance also included a few modern works, including “Send in the Clowns,” which provided a change of pace and added another dimension to the performance, which was clearly much appreciated by the audience.

That evening another rehearsal was in progress. This time it was Romanian composer George Enescu’s “Octet for Strings,” Op.7, written in 1900, when he was only 19.

On violin were Dawn Wohn, Mary-Beth Brown, Veronique Mathieu and Andrew Bensler. Yumi Oshima and Mai Ngyun were on viola, with Gregory Gallagher and Amy Laing on cello.

As part of the Salon series, the Octet will be performed on the Moon Estate on Monday, February 24. It will definitely provide an unforgettable experience for next week’s audience as this powerful work demands all one’s attention and then holds it, intransigently spellbound, throughout.  Although I was listening to what was only the first rehearsal, the level of expertise and interpretation ensured that I was completely mesmerized. In order to maintain the multiple counterpoints, each player’s role resembles that of a soloist in this exciting and unusual work.

The Festival is fortunate that viola player Oshima, who kindly agreed to step in for the injured Molly Carr, could find the time to do so in her very busy schedule.

A personable young woman, Oshima is certainly in demand. After the Festival she immediately goes into rehearsals with Symphony in C, then performs in “Carmina Burana” at the Avery Fisher Hall, Lincoln Centre. Next a children’s concert with the Hudson Valley Philharmonic, precedes playing in the Rockettes’ first spring show at the Radio City Music Hall, giving 60 performances between March 27 and May 4.

The delighted audience was treated to some exceptional solos and improvisation as these masters of jazz kept hotting up the pace throughout. Hazelton, back in Ajijic after several years, was on top form and the audience response to her wonderful voice and appealing stage presence left her in no doubt that her return was much appreciated and long overdue.

The open-air venue was ideal, the jazz was superb and the response was unanimous. It was a huge success, so anyone wanting tickets for next week’s “Hot Jazz and Dinner” would be well advised to get their tickets soon. Available from La Nueva Posada, tickets are 600 pesos, including dinner.