For 18 years Ajijic has been home to what has become one of the most prestigious music festivals in all of Mexico. 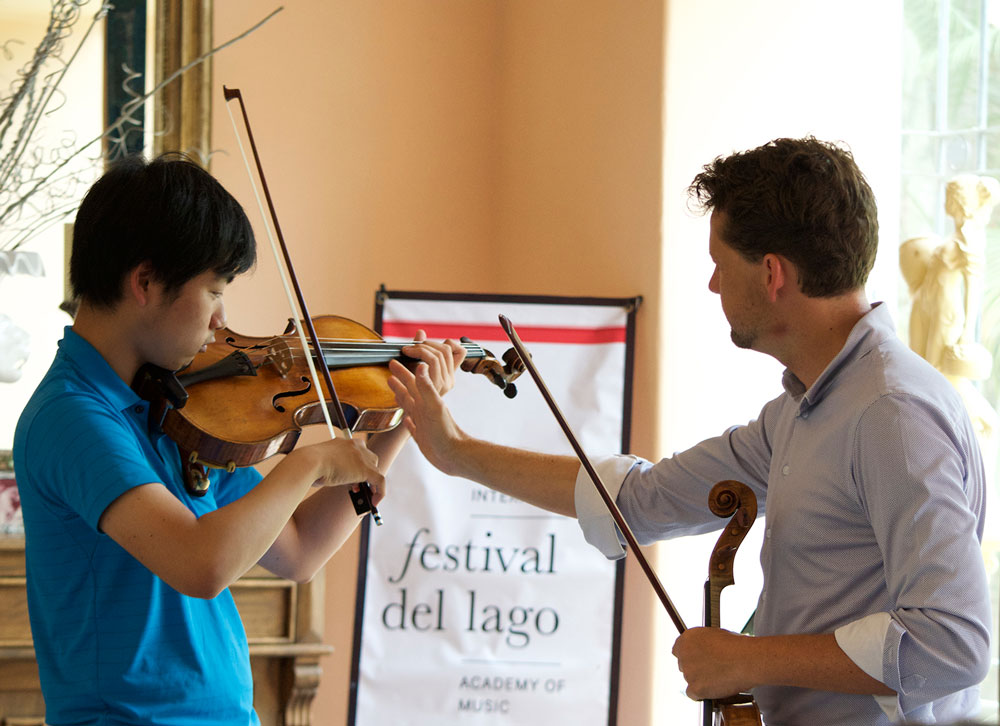 Bringing around 30 world-class musicians into the village for a two-week frenzy of concerts, the Northern Lights Music Festival has developed a worldwide reputation for excellence. The festival has put Ajijic firmly on the proverbial “cultural map.”

If that’s where the story ended it would be exciting enough, but it doesn’t.

August 2018 saw the first edition of Festival del Lago, an international summer academy held over two weeks in Ajijic. The event was a major success, with 38 students flying in from countries as far away as South Korea, Holland, England and Iceland.

“It was a huge hit with the teachers, and the audiences loved seeing the student performances,” says Christopher Wilshere, the festival’s artistic director. “They’re a lot better than you might expect.”

Because of the success of the inaugural edition, organizers decided to make the festival an annual event. This time around – the dates are August 10 to 25 – there will be nearly 50 students in attendance. About half are international students and the other half are native to Mexico.

This festival differs greatly from its sister festival in February. “The Northern Lights Festival is focused 90 percent on putting on great performances,” says Wilshire. “The summer academy will focus all its energies on education.”

That does not mean there won’t be performances. There are a plethora of student shows throughout the two-week event, plus a few faculty concerts featuring the professors, all of which take place at Haus Der Musik in Ajijic.

Wilshere has garnered a reputation as one of the most sought after violin professors in Mexico and says that he noted a  big improvement among his students who attended last year’s camp.

“One of the biggest problems I run into in Mexico when teaching classical music is a lack of exposure to other good instrumentalists of their own age. While having a good coach or teacher to cultivate good technique and practice habits is incredibly important, it’s also imperative that we surround ourselves with people who are always challenging us. We learn so much from just being around other good players. We learn so much through osmosis. This is what is missing in Mexico. There is nothing like this type of festival anywhere in this country. We are the first to be doing this and we’re very excited about it because it’s going to change the entire musical landscape of Mexico.”

One of the challenges that the festival faces is finding accommodations for the students.

Says Wilshire: “We want to make it affordable for the students, so we billet them in a room offered by a member of the community.” This enables the academy  to lower the tuition costs dramatically, but they can only accept as many students as they have accommodations for. There are currently still some students on a waiting list who desperately want to attend. We supply all the meals; they need only a comfortable bed and a warm welcome,” Wilshere said.