Not long after settling in to an apartment in downtown Chapala, artist-interior decorator Charlsie Kelly discovered that the town’s small public library was sitting right across the street. 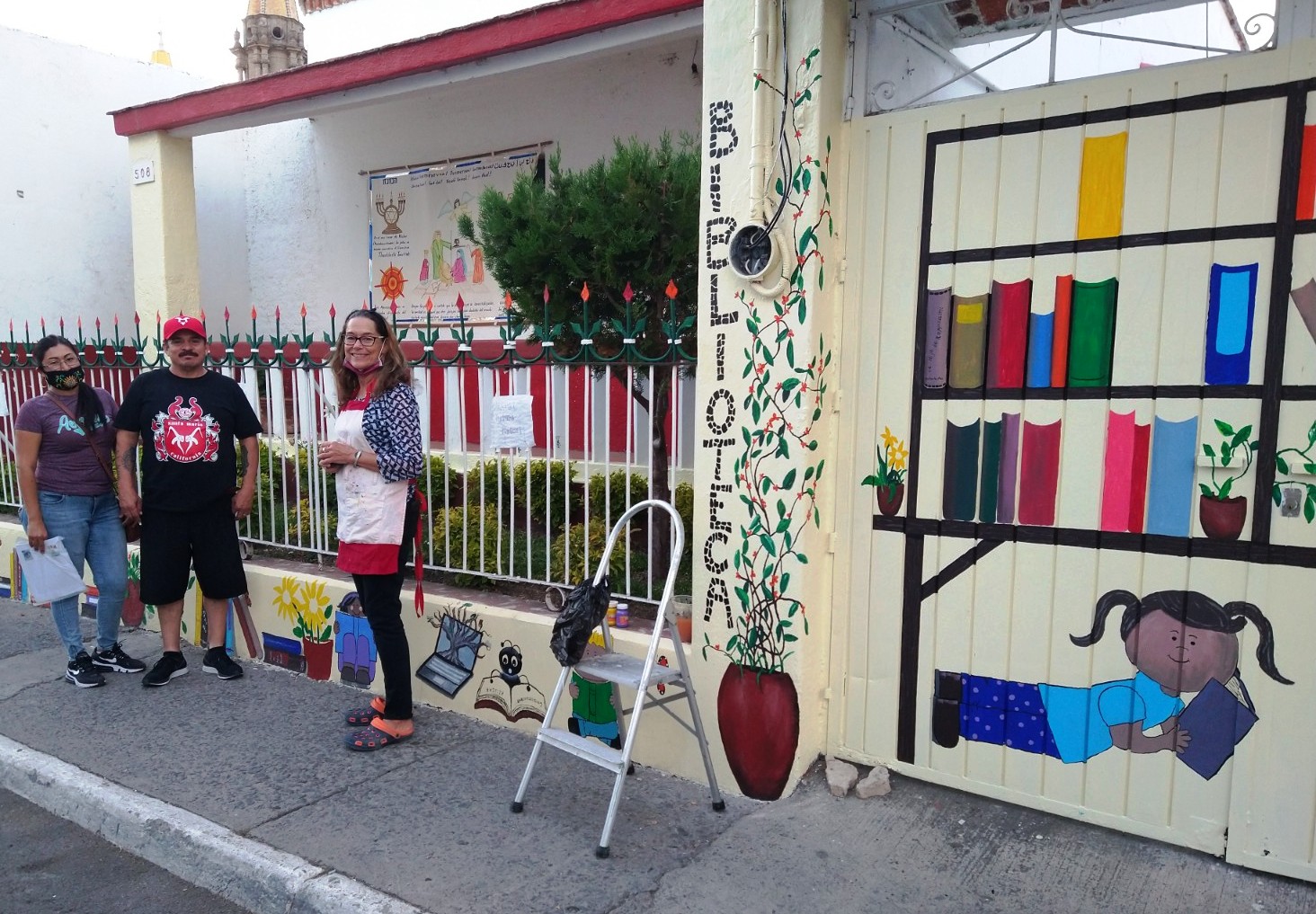 A self-described “bookworm nerd,” she decided to explore the facility, finding not only a well organized collection of books in Spanish and English, but also a bank of computers with internet access at the disposition of users free of charge.

By then she had also noticed that, regrettably, there wasn’t much traffic going inside. That sparked the idea that jazzing up the nondescript exterior might help attract more visitors. She spoke with the head librarian who readily accepted her proposal to volunteer to give the entrance a fresh look.

Explaining how the project quickly took on a life of its own, Kelly notes, “Originally I had in mind just painting the low retaining wall.  But it’s like getting new shoes: they look great, but then your trousers look shabby.  So you buy new, but now your blouse?  And on it goes …”