Long before Christmas trees, tinsel and glittery electric lights were employed to dress up Mexico for the holidays, the Christian populace was accustomed to setting set up nacimientos (Nativity scenes) to decorate their homes.

The practice continues to this day. Lakeside residents will encounter picturesque representations of the Christ Child’s birth in a humble Bethlehem stable everywhere they turn, from local churches 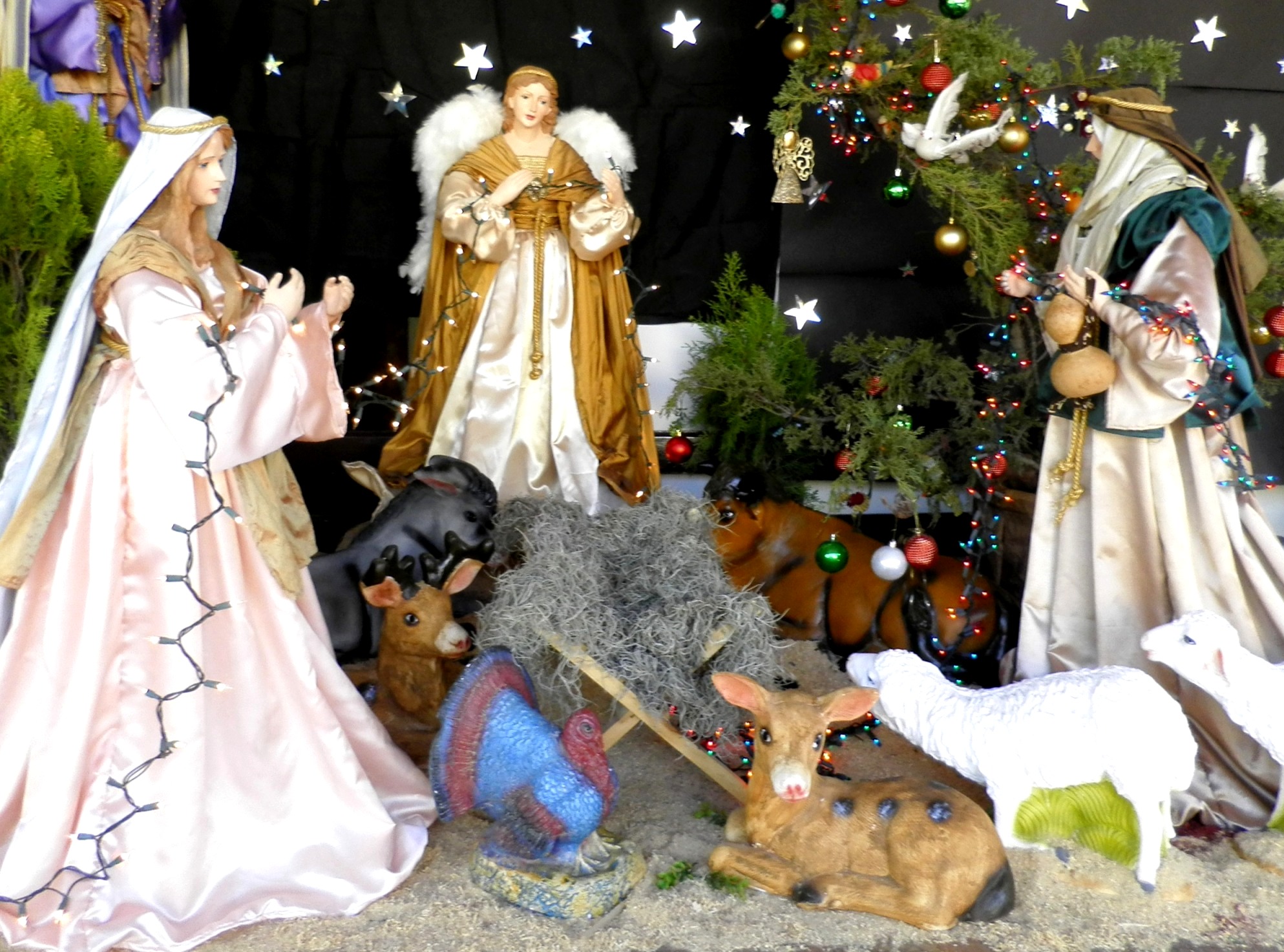 and household carports to businesses locales and principal public spaces.

Examples range in size and scale. A basic crêche that may be placed at the foot of the Christmas tree includes figures of Mary and Joseph huddled over the manager bed and surrounded by the ox, the ass, assorted barnyard animals, shepherds and their flocks, an angel and the Magi. More elaborate displays filling up an entire room or patio area will be set up on a lush multilevel landscape, complete with palms and cacti, a waterfall flowing into a pond, and dozens of handmade human and animal figurines portraying daily life in the Holy Land.

The most spectacular version ever seen here was dreamed up by Victoria Corona of San Antonio Tlayacapan. Called the History of Salvation, it consists of a series of scenes depicting every major Bible story, from Adam and Eve in the Garden of Eden all the way to the Crucifixion and Resurrection. Mounting the display is such a massive undertaking that she doesn’t do it every year.

Newcomers to the area are often surprised to discover certain peculiarities of Mexican Nativities The first thing of notice is the absence of the infant in the crib. By custom the vacancy isn’t changed until the final hours of Christmas Eve, the appropriate time to lovingly acostar el Niño Dios — put the Baby Jesus to bed.

The Three Kings of the Orient may be moved around the scenery from time to time as they follow the star to Bethlehem.  Another oddity is the appearance of a statue of Lucifer, placed lurking in the shadows to symbolize the Savior’s role in the universal battle between good and evil forces.

I lament that the local tradition of setting up live nacimientos at the Ajijic and Chapala parish churches seems to have fallen out of fashion. I’m told it is due to economic factors, coupled with a lack of chemistry between new curates and their parishioners.

Over the years the enchanting tableaux showed interpretations of the manger scene representing ethnic cultures from around the globe: Aztecs, Huicholes, Purépechas, Tapatios, Norteños and others from Mexico along with Arabs, Spaniards and Eskimos among foreign nationalities and once, a fanciful Martian Holy Family.

A couple of years ago I got into trouble with this newspaper’s readers for announcing the live nativities in Ajijic days before their last minute cancellation. I’m assured that there will be at least one scene on view this Christmas Eve. Don’t blame me if the plan goes awry. Go for a look, and if all else fails enjoy the moment to share best wishes with the rest of a disappointed crowd.