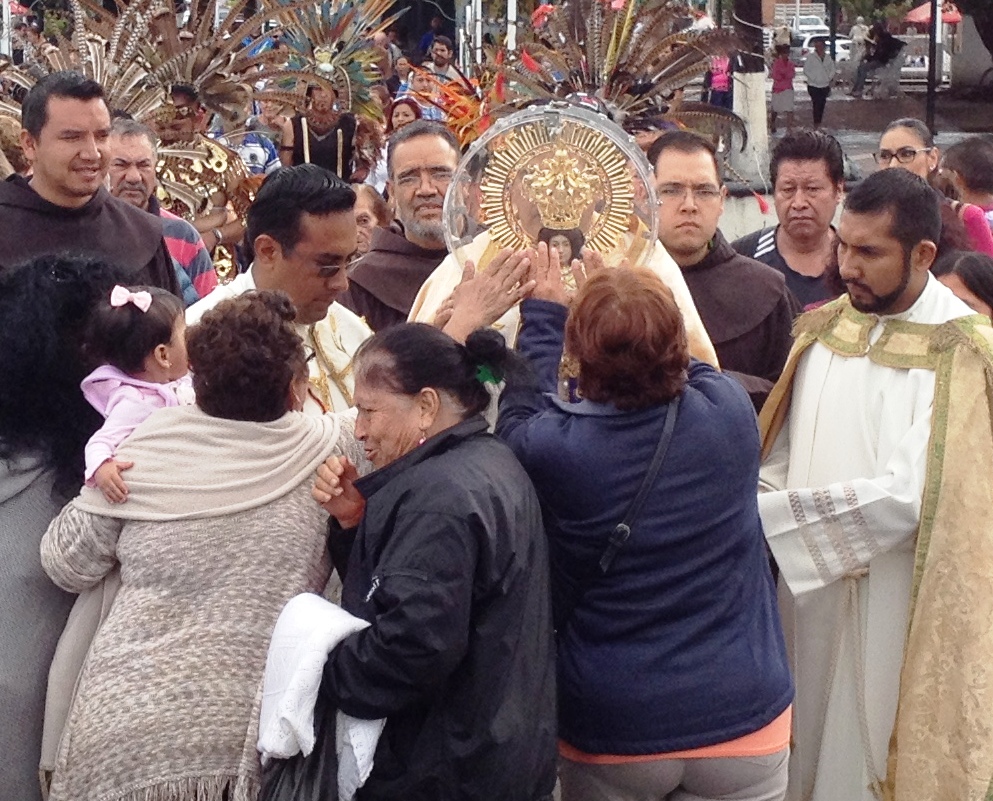 The tiny icon will be greeted with plenty of hoopla when she rolls in to Chapala this Sunday for a customary summer celebration tied into the first full month of the rainy season.

Folks who are new to lakeside or not immersed in local religious customs might wonder what the fuss is all about. Some might even become annoyed with the noise and traffic disruptions the little lady and her devotees will provoke. Perhaps the best antidote is to change your mind-set to the philosophy of “if you can’t beat them, join ‘em.”

The Virgin’s Sunday morning reception will be a mind-boggling spectacle, with a throng of 10,000 to 12,000 pilgrims converging to escort her along the main avenue and attend Mass to raise prayers for a good season and the lake’s well-being. History has convinced them that the practice pays off.

In the early 1950s Lake Chapala had withered away to a fraction of its normal size during prolonged and devastating drought. Guadalajara Archbishop José Garibi Rivera led his flock in turning to the Holy Virgin Mary, beseeching her divine intervention to bring the water back up to the Chapala pier. He made a solemn promise to take La Zapopana to Chapala in return for an answer to their prayers.

The heavens opened in the summer of 1955 and the lake’s water miraculously surged more than three meters, gushing beyond the pier right up to the doorstep of the San Francisco Church. In December of that year Garibi personally led the throng that escorted the revered image to Chapala for a jubilant thanksgiving celebration that rocked the town for five days running.

When the lake fell into alarming decline again in the 1990s, church authorities began booking the icon for regular summer treks to Chapala. The lake’s phenomenal recovery in the 2003 season was credited as the Virgin’s second Chapala miracle. It prompted her 2009 coronation as Queen of the Lake.

The royal moniker is the latest of many nicknames and honorary titles that the petite image of the Virgin of Expectation has accrued over four and a half centuries as Jalisco’s principal religious patroness. She became known as La Pacificadora for the legendary role she is said to have played in ending the War of Mixtón, a bloody native rebellion against the Spanish Conquistadores who were taking control of Nueva Galicia in the middle of the 16th century.

She was named Patroness Against Lightning, Storms and Epidemics in the belief that she intervened with the Almighty to quell the tempests and disease that plagued Guadalajara in 1695 and 1734. And she is called La Generala for preventing bloodshed when the Independence of Mexico was peacefully consummated in Jalisco in 1821.

Multiple activities happening over the coming week lend opportunities to gain insights into the devotion held for La Reina del Lago, etc., and to enrich an appreciation for Mexico’s people and their amazing culture.