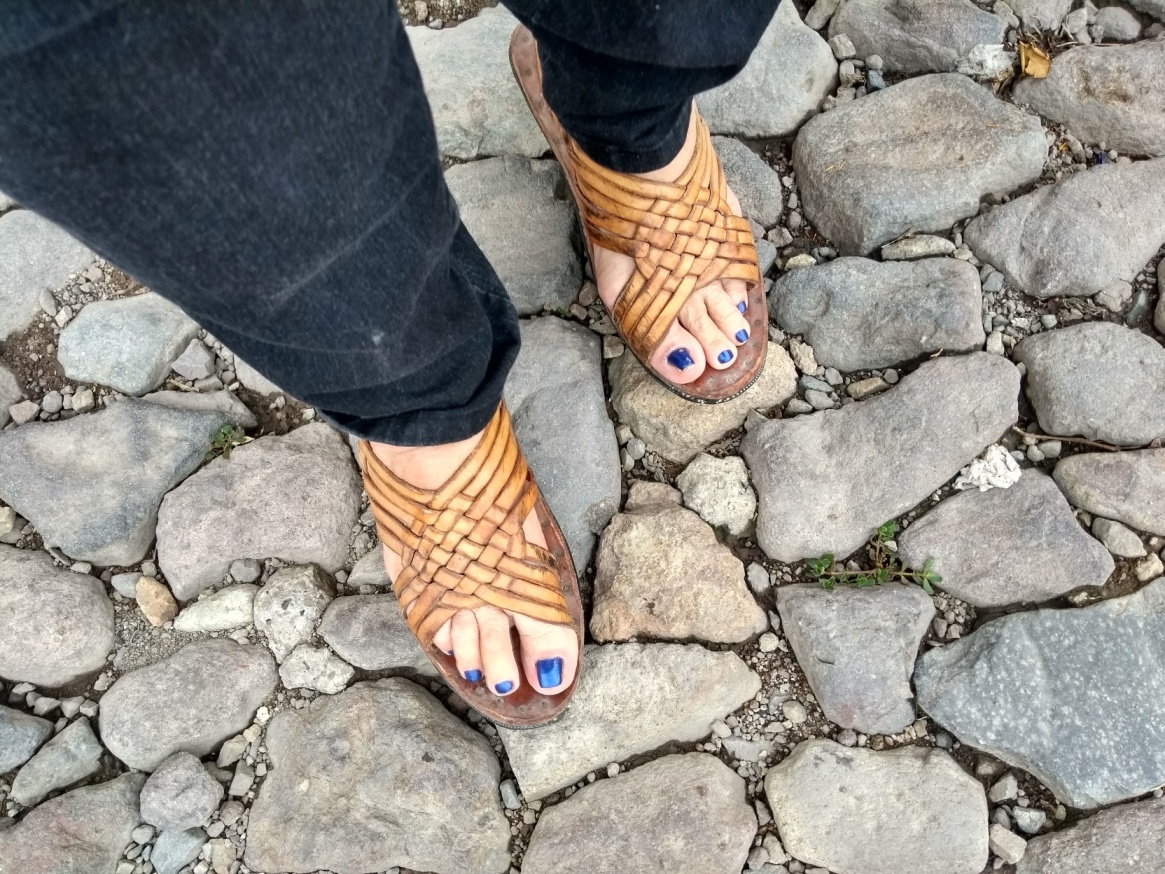 They are tied together by a single thread: a passionate belief in conserving the town’s typical empedrados (cobblestone streets) and instigating a moratorium on the use of cement for binding.

Without forming a grassroots group per se, they are united by a collective mindset that the community should pull together for the protection of what may be considered a cultural trademark of a village that is gradually losing its singular identity.

The movement has gained momentum since the municipal government built screaming yellow cement crosswalks at the intersection of Calles Aquiles Serdán and Ocampo, purportedly part of the street improvement project elected by early bird taxpayers.

The pro-empedrado faction actually emerged in 2014 when the government tore up the streets around the plaza and rebuilt them with stones set in cement. The project, carried out without previous public consent, provoked a major uproar. Protestors of that time have remained wary of government intervention ever since.

After the new crosswalk appeared, some of the same people drew up a petition sent to City Hall, supporting the rehabilitation of the cobblestone streets, including pedestrian-friendly crosswalks, but adamantly opposing the addition of cement or concrete. Crosswalk construction and repairs of Ocampo-Constitución were abruptly halted without explanation.

A Facebook page called “No al cemento Ajijic” went live, drawing a large following. The administrator ran an opinion survey, with 85 percent of more than 1,000 respondents jumping on the “no cement” bandwagon.

Some villagers worry that the current administration’s top officials think that uniformity is a good thing. They lament seeing Chapala progressively smothered in cement and fear the same will happen in their town if the populace doesn’t raise a voice. Perish the day lakeshore towns all look alike.

There’s no question that Ajijic streets have fallen into terrible disrepair. It is partly due to the growing flow of traffic that mercilessly tears them up. It is also a consequence of authorities who have taken little interest in regular upkeep. There’s more appeal in undertaking high profile projects with large price tags.

One of the enchantments of Mexico is that nearly every village and town has a stamp all its own. Human settlements rise up from the raw materials from the immediate surroundings.  I don’t know how long ago Ajijic’s narrow streets were first paved with cobblestones. I’m quite sure it was done mostly with rocks that tumble down mountain streams during the rainy season or simply pop up from the  ground at will. The sticky earth of the local land was employed to hold them together.

Let’s face it, Ajijic wasn’t built as a haven for the elderly or people with physical disabilities. For generations, folks of all ages and capabilities have managed to get around one way or another. For seniors like myself navigating cobblestones is a real life exercise to keep the brain alert and the body supple.

So I’m off the fence, siding with those who say let well enough alone.