Just before sunset on Sunday, September 15, many north shore residents will probably hear sirens blaring along the Chapala-Jocotepec highway. 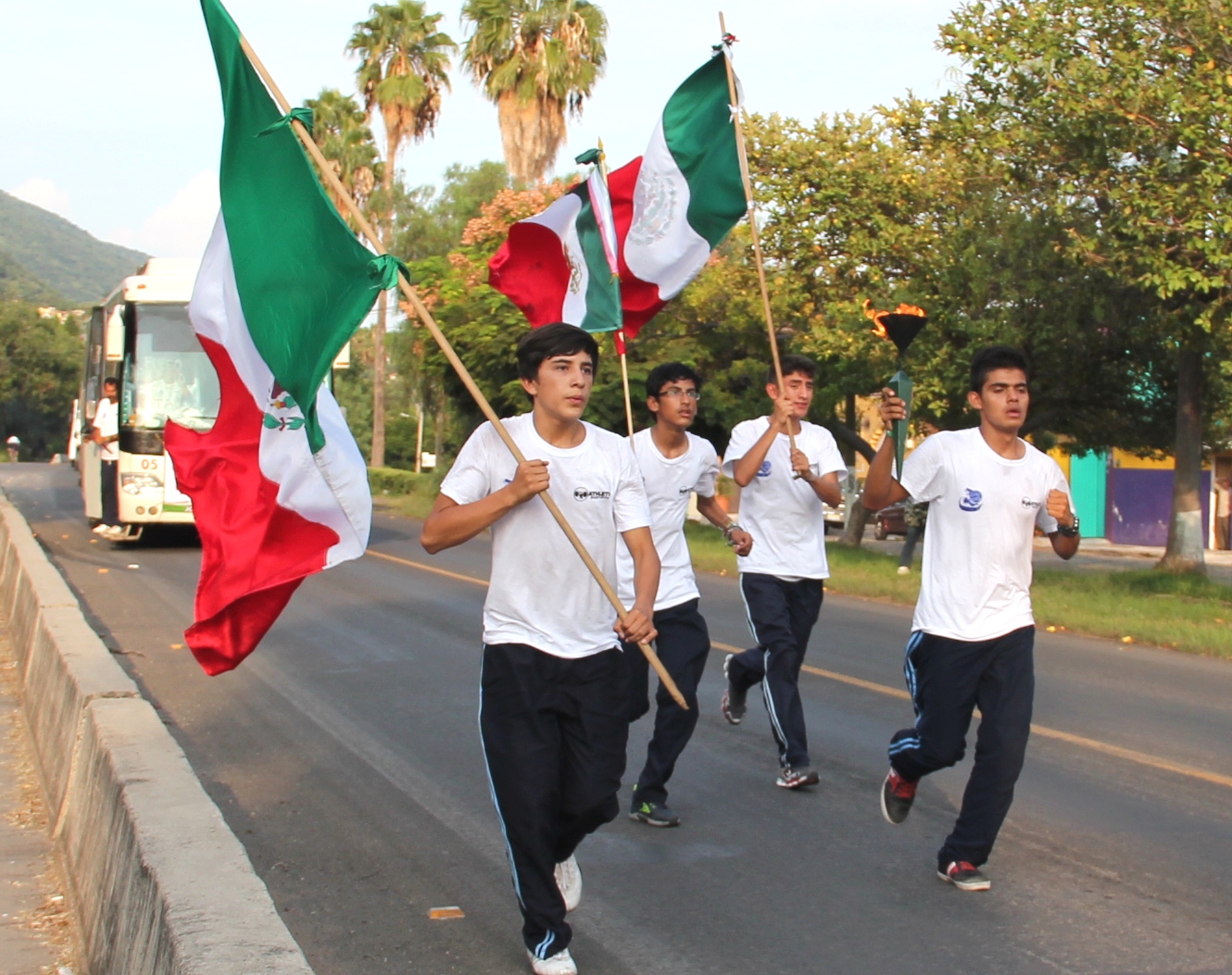 There’s no cause for alarm. The sound will be coming from first responder vehicles protecting a group of runners carrying a blazing torch to Jocotepec’s Grito ceremony.

The young runners are students from the Cetac high school who play a key role in a long- standing tradition that is part of the town’s Independence Eve festivities.

Around 30 kids from the student body will board a bus at midnight on September 13 for an overnight journey to the city of Guanajuato. Once there they’ll have a few hours to explore the town before heading to the Alhóndiga de Granaditas, the old grain exchange storage house that was the stage for an historic moment at the start of Independence struggle. (Google the term for detailed insights). Today it is a museum that houses the symbolic and perpetual Flame of Liberty.

The Cetac runners, along with 10 athletes from Chapala and other relay teams from many parts of Mexico, will show up there to ignite torches they will deliver to their respective hometown ceremonies. The Jocotepec and Chapala contingents will join up for the return trek at a distance of nearly 350 kilometers, with runners from each group taking turns jumping on and off their buses to bear the so-called Fuego Patrio.

They will pause briefly as they reach Lake Chapala’s shores at Jamay where Jalisco relay teams converge for a customary ceremony.  After continuing on, Chapala’s flame bearers will split up upon arrival at the entrance to town, with half of the group heading for City Hall to light a ceremonial brazier and the others hoofing it to Ajijic for the same purpose.

Meanwhile, the Cetac team continues the arduous journey that ends at the Jocotepec plaza. At that point the torch will be passed to the mayor who will lead the traditional march of local authorities and community leaders around all corners of the square as a prelude to the Grito.

Back in Guanajuato the Liberty Flame will be burning in honor of Padre Miguel Hidalgo and the brave Independencia fighters. The brazier not only remains ignited year-round, but is symbolically renovated on the 28th day of every month in commemoration of the September date when Hidalgo’s troops stormed the Alhóndiga.

After burning down the entry gate and killing the Spanish loyalists who had taken refuge inside, the insurgents looted the building and went on to pillage the entire town in one of the bloodiest episodes of the prolonged war for independence.

As a curious footnote, for the first time ever the Fuego de la Libertad was briefly extinguished in July of last year by a wayward toddler during his family’s visit to the museum. Security surveillance camera images show the youngster getting down on hands and knees, leaning in to blow out the flame as if it were a giant candle set atop birthday cake while his complacent parents stood by watching. Guards proceeded to escort the brat and his family out the door. And, of course, the flame was promptly relit.