If there’s one little detail of Mexico’s mes patrio that rocks my world, it’s the seasonal appearance of la flor de Santa María, a perennial wild plant native to this part of the planet that is popularly used as an adornment for public places for the Independence Day holidays. 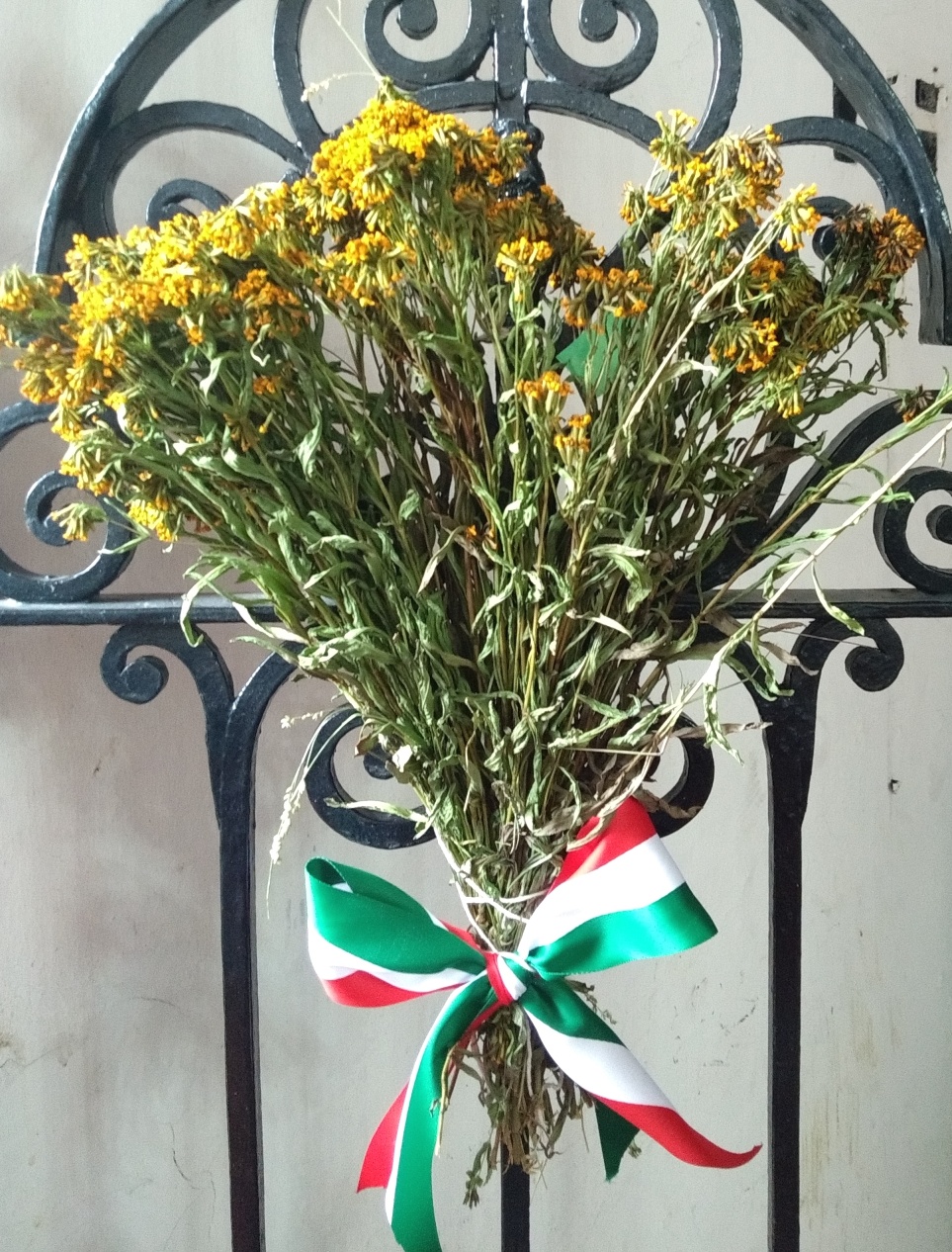 You’ll see bunches of the plant wrapped around lamp posts, pillars of plaza kiosks and fixtures in government buildings.

The clusters of tiny golden flowers aren’t much to look at compared to showy blossoms like orchids, hibiscus or even Mexico’s national flower the dahlia. But Santa María makes up for what it lacks in splendor with an enticing aroma that conjures up all the love and appreciation I hold close at heart for my adopted home country.

A miniature member of the marigold family, the plant’s scientific name is Tagetes lucida, AKA Tagetes florida Sweet. Common English names are Sweetscented marigold and sweetmace. Spanish monikers include hierba añil, pericón, periquillo, tzitziqui and yerbanís. Going back to ancient times it was called cuahuyauhtli or yahuhtli (meaning herb of the clouds) in Náhuatl and naná uarhi in the Purépecha tongue.

Somehow, September isn’t quite right until I pick up a bundle to make a centerpiece for my dining room table. The permeating odor of the foliage is reminiscent of a mix of anise and tarragon, ironically my least favor of all culinary herbs. Yet catching a whiff of the fragrance as I wander about the house or come home from everyday errands lifts my spirits in an inexplicable way.  This year, on a quick jaunt to Jocotepec, I purchased several bunches from an elderly sidewalk vendor set up near the town market.

Santa María is valued for culinary, medicinal and ritual purposes. It can be used in the kitchen as a condiment and colorant for soups, stews and common vegetables such as corn on the cob and chayote. The dried plant may be burnt as incense or a repellant to mosquitoes and other insects. It is often employed for infusions to treat digestive ailments or extracts that substitute antibiotics.

According to some sources, the Aztecs used Tagetes lucida as a component of a medicinal powder that was blown into the faces of those about to become the victims of human sacrifice to stupefy them prior to the fatal deed. The Wixírica (Huichol) people are also known to mix the plant with a potent wild tobacco for psychotropic effects.

In many parts of Mexico pericón is closely associated with the Feast of San Miguel, September 28. Crosses made with the plants are blessed at church before being placed at entry points of the house to spook evil spirits on the loose. Farmers often put up crosses with the herb at the four cardinal points of their corn fields to ward off devilish winds.

Throughout the state of Jalisco, bouquets of Santa María are made up for the combate de flores (flower battles) that are traditional during Independence Day festivities, enjoyed as a frivolous symbol of the country’s bloody 11-year struggle to loose its bonds from Spanish rule.