There are days I wake up feeling dread that Mother Earth is doomed. Since the dawn of the industrial revolution, human beings immersed in ignorance or blinded by greed have done a bang-up job of trashing the planet. Many scientists have warned that we’re fast approaching the point of no return. 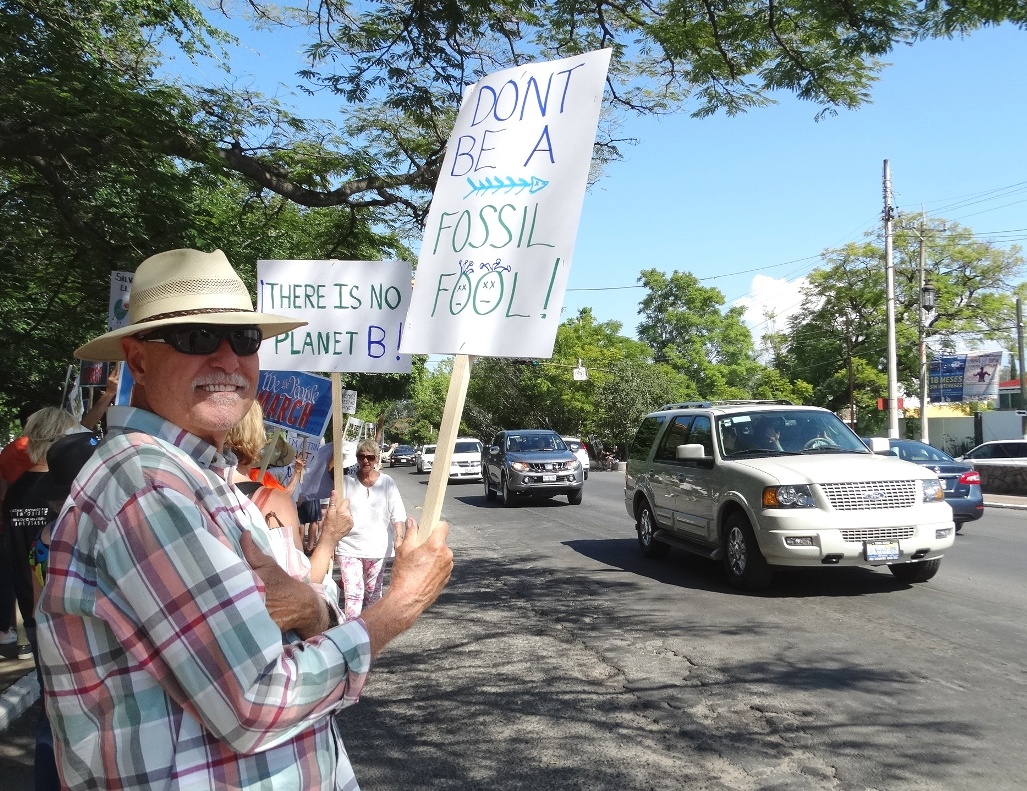 My generation of back-to-the-earth, peace-and-love baby boomers, seems to have blown the opportunity to set things right. For the sake of my 10-year-old grandchild, I’m now pinning my hopes on the kids who are heeding the call of Greta Thunberg. The bold Swedish teen succeeded in convoking millions of people worldwide last week to stand up against the powers-that-be, demanding immediate action to put a check on the so-called climate crisis.

“People are suffering. People are dying. Entire ecosystems are collapsing. And all you can talk about is money and fairy tales of eternal economic growth. How dare you! For more than 30 years the science has been crystal clear. How dare you continue to look away, and come here saying that you are doing enough, when the politics and solutions needed are nowhere in sight.”

The speech left me harboring a tinge of guilt for the somewhat lackluster Climate Strike demonstration held last Saturday practically in my own backyard. Not to say that the small crowd of aging boomers who turned up out on the highway didn’t show their passion for the cause. But there were disturbing ironies that stuck in my mind.

First of all, I was taken aback by the steady stream of gas-guzzlers that buzzed by, their passengers incongruently tooting horns and waving thumbs as signs of approval. Made me wonder how many of these committed demonstrators drove therein  their own fossil fuel suckers with one or two people aboard. As a reporter, I certainly should have asked.

A keen-eyed Mexican resident commenting on social media noted that she spotted a lot of protest signs made out of brand new materials that were likely to end up in the trash. I saw just one sign made from repurposed cardboard and another itsy-bitsy one inscribed with the clever legend “Save paper.”

I have a sense that living in a place acclaimed for its eternally benign weather makes us rather immune to clear signs of earth’s climatic deterioration. We see images of shrinking ice caps and glaciers, polar bears and other wildlife stranded on sere landscapes, and still the message doesn’t quite sink in. We go day by day, basking in perpetual sunshine, modest temperature changes and lush surroundings, without much care for what is happening at other latitudes.

Even if the climate change deniers are right after all, there’s nothing to be lost on conscientious modification of behaviors that are unequivocally detrimental to the environment and switching to habits that reduce our individual carbon footprints.  It’s the least we can do as a legacy for Greta and those who will tread the earth in coming generations.