As many lakesiders have become increasingly obsessed with the coronavirus threat, it seems that the nastier side of human nature is tending to raise its ugly head.

Why do some people think they know so much they can second guess the authorities and medical specialists doing battle at the frontline?

Social media posters went nuts when the Chapala government did a 1-80, announcing that the weekly tianguis street markets would be allowed to resume business.  Stupid, insane, outrageous were among the adjectives critics used to express disapproval.

The reversal came with certain restrictions. Only local vendors hawking essential goods would be permitted to set up stalls, with sanitation and social spacing provisions required.

As it turned out, both the market people and their customers were few and far between.  Expat shoppers who dared to go and stock up reported finding plentiful supplies of fresh produce and vendors eager to please with fair pricing and generous piling on of bonus portions, popularly referred to with the term el pilón.

And there are those who fussed about local highway roadblocks cranked up to help keep Covid-19 carriers out the area. “Too little, too late,” they proclaimed.

Cooler heads recognize that the strategy was ramped up right on cue as massive crowds of Semana Santa-Pascua vacationers were on the verge of descending. Resulting highway traffic jams quickly caught the attention of Guadalajara media outlets. Although the news only partially tamped down the tourist tsunami, at least the word got out.  “Don’t go to Chapala. Everything’s closed. Nothing to do. Nothing to see.” 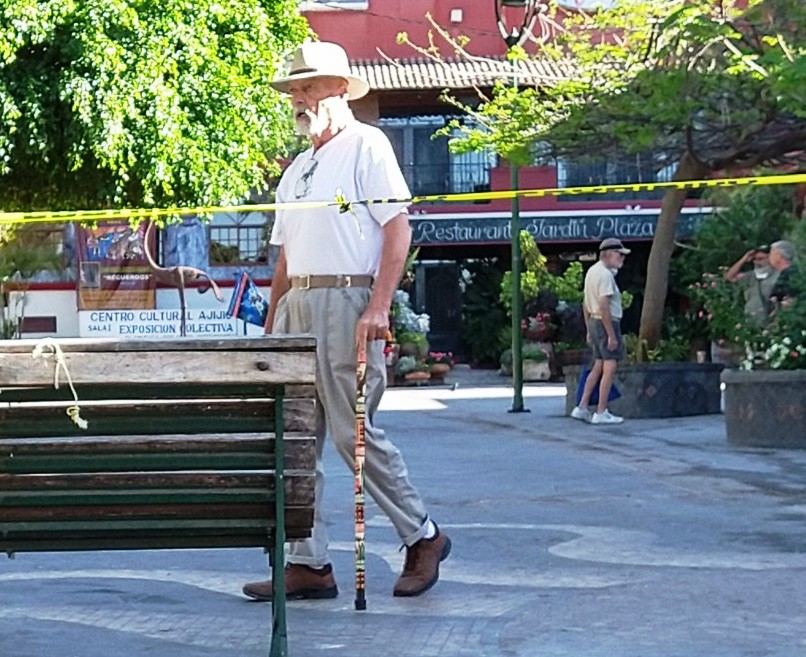 What really burns me is the assumption that foreign residents are sensibly following recommendations to stay at home and observe social distancing and contagion prevention methods whenever they venture out, while their Mexican neighbors are not.

It’s a gross generalization, wrong on both counts.

On the one hand some expats cavalierly carry on as if nothing sinister to health and well-being is afoot.

The other day, as someone younger and dear was out doing early morning errands on my behalf, a cluster of clueless gringos was spotted hanging out on the Ajijic plaza. There they were, chatting it up barely inches apart, oblivious to police tape strung to keep people away from what used to be the town’s central gathering spot.

As for the Mexican populace, again some are getting the picture, others are not.  But if we’re going to generalize, let’s grasp that many, many folks are doing their best to keep the viral monster at bay. Otherwise, how to explain Jalisco’s remarkable record at flattening the curve?

On April 1, the state ranked second in the nation in statistics of confirmed Covid-19 cases. Just three weeks later, as contagion spiked elsewhere, Jalisco dropped to eighth place in the number of cases and ninth place in the death count.

The war against the insidious pandemic and inevitable fallout is far from over. Our lovely and, so far, largely untouched community is not immune. But we will certainly be better off if we tone down fruitless quibbling and concentrate on kindness and empathy for one another.