Guicho Barrios was probing the tall rainy-season weeds at the lee side of his troje (barn) when I stopped to check on him after heavy midweek rains. 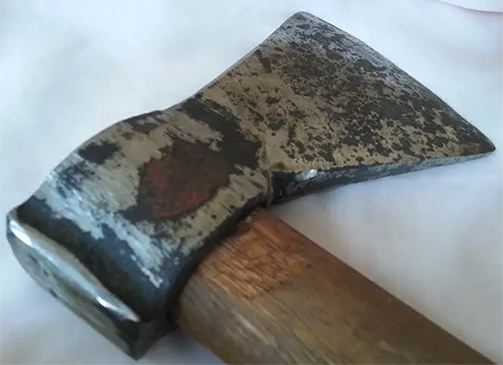 He was looking for the head of an ancient hatchet he remembered one of his children once throwing away because its cabo  (handle) splintered, its blade was chipped and because it was old-fashioned. As the housing market went crazy in the United States, Guicho Barrios’ son had stopped sending the 65 gringo dollars each month, which the old man had grown to depend on. Guicho told me his son, Fello, a boy I knew well, had lost his construction job and was doing whatever pickup work around Sacramento that he could find.

Guicho had a bad leg since his thirties; a spooky mare he’d mounted to herd some yearlings up to a mountain pasture had smashed through a plank fence, breaking his right leg on a corral post. These days, at 71, besides sporting a well-disguised limp, he grimaced on cool mornings as oncoming rheumatism stung his joints. That made him swear, because it slowed him at whatever job he was doing.

A relentlessly corrupt bureaucracy and the economic collapses in the 1970s through 1990s beat his many-branched family out of most of its land. Most of his kin eventually fled north across the border. A few were still alive up there, but now he only heard, once a month, from his son. Guicho still worked cattle, trying to maintain six to 12 head on pasture land “borrowed” from neighbors and friends. A lot of work for a man his age, living at the edge of a small pueblo on thin resources. Some of his cattle were beef steers, some dairy. When mornings were chilly or damp, he swore a lot at his gimpy, broken-knuckled fingers and stiff thumbs as he milked.