Everything in Mexican mores and customs is about respect. 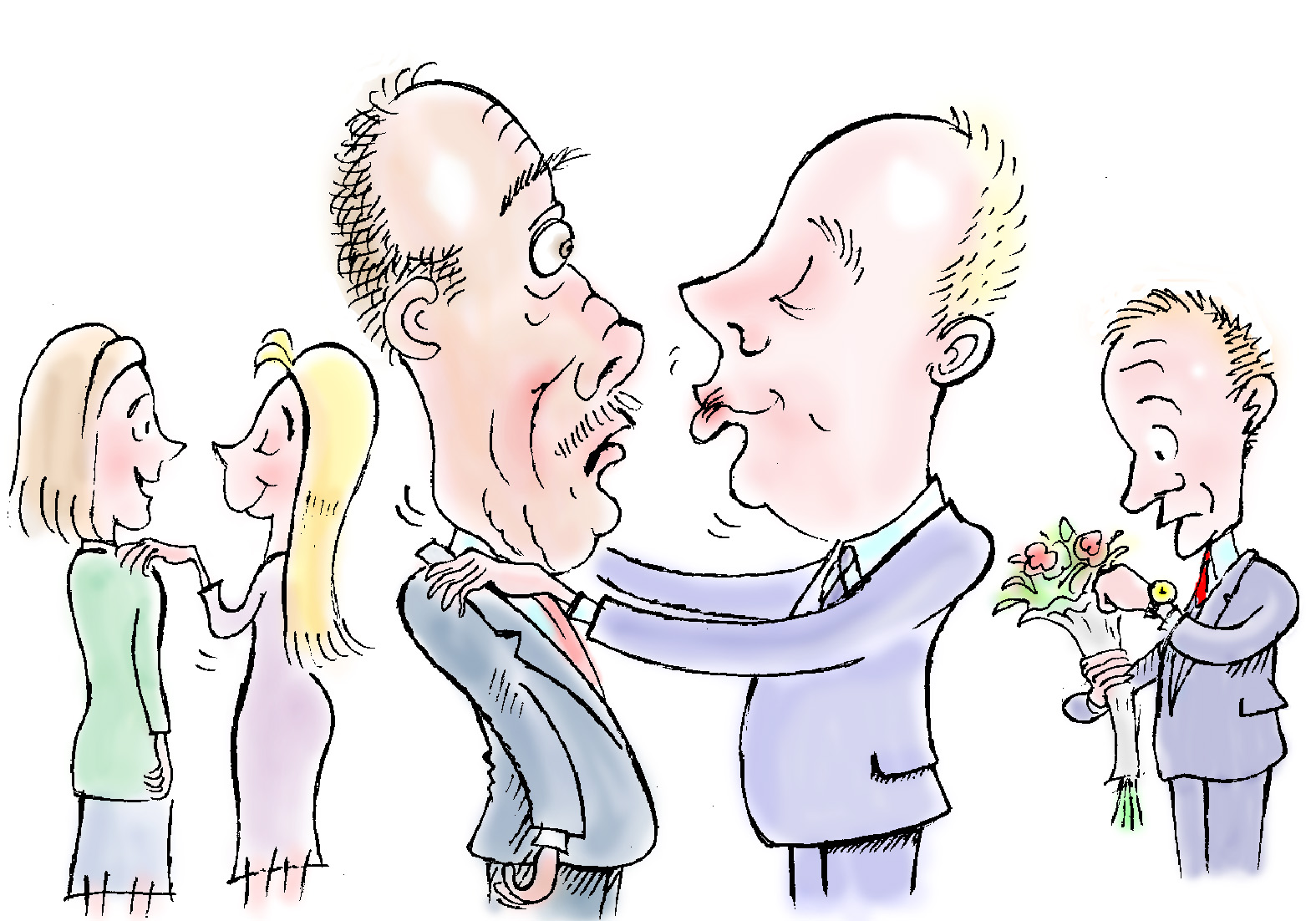 1. When greeting in social situations, women pat each other on the right forearm or shoulder, rather than shake hands. Men shake hands until they know someone well, at which time they progress to the more traditional hug and back slapping. Men do not kiss men as they do in Europe.

2. Mexicans consider it their sacred duty to help family members.

For example, they will help find employment or finance for vital purchases. So if a Mexican sells you a car, it will be his brother who will fix the drive shaft for you and his father will help you get a driver’s license. Not nepotism, but tradition.  Also, I’d like to adopt a Mexican child, because Mexicans don’t usually put their parents in nursing homes.

3. Mexicans generally use two surnames. The first surname is from the father and the second comes from the mother. When speaking to someone use his or her father’s surname, which of course is not the last name. To complicate matters further for North Americans, a married woman will add her husband’s father’s name to the end of her name, say Rodrigo. This woman would then be formally addressed as Señora de Rodrigo. If you’re not sure how to address a Mexican lady, whatever you do, don’t call her honey.

4. North Americans even mentioning the U.S.-Mexican War, Mexican poverty, illegal aliens or earthquakes is a no-no. Oh, and avoid your “funny” comments about Montezuma’s revenge. It’s not funny, it’s a boring cliché.

5. Mexican society and business are highly stratified, although much of it is unspoken and unwritten. Mexicans are always aware of how each individual fits into each hierarchy – family, friends or business, — according to International Business Center.org. This makes it important to know which person is in charge during decision making and problem solving in any organizational meetings. There are alpha male Mexicans on frac and condo boards, but they don’t become obnoxious in meetings. Speaking out of turn, for instance, is considered disrespectful. And if you should do so, be sure to double check the date they give you for the company picnic.

6. If you are invited to a Mexican’s home, arrive 30 minutes late (check with friends to see if you should arrive later than that.) I don’t know what happens if you arrive on time. I suspect you’ll wind up putting up the party banners and taking out the garbage.  Bring a gift such as flowers or sweets. Mexicans generally do not bring alcohol. Also there is no need to send a thank you note for a dinner or a gift. Repay with an invitation and be patient. Guests will get there. Time slows down for Einstein ... and Mexicans.

7. If you receive a gift from a Mexican, open it and react enthusiastically. This doesn’t mean launching into a samba on the terraza, but a wide grin and hug might be in order.

8. At a dinner or a restaurant outing, do not begin eating until the hostess starts. Only men give toasts. And it is polite to leave some food on your plate after a meal. I can’t do that. So I apologize in advance. I’m still making up for all the Chinese kids that went hungry when I was a kid and I had to eat and keep down pasta with tripe.

9. It is rude to pay for store purchases by tossing money on the counter. It is proper to place the money in the cashier’s hand.  Notice that they will do the same with change.

Think patient and semi-passive and be aware of social cues, if you wish to be an extranjero  bien educado. (Well mannered foreigner). I have been rude several times according to these customs. And so have you.