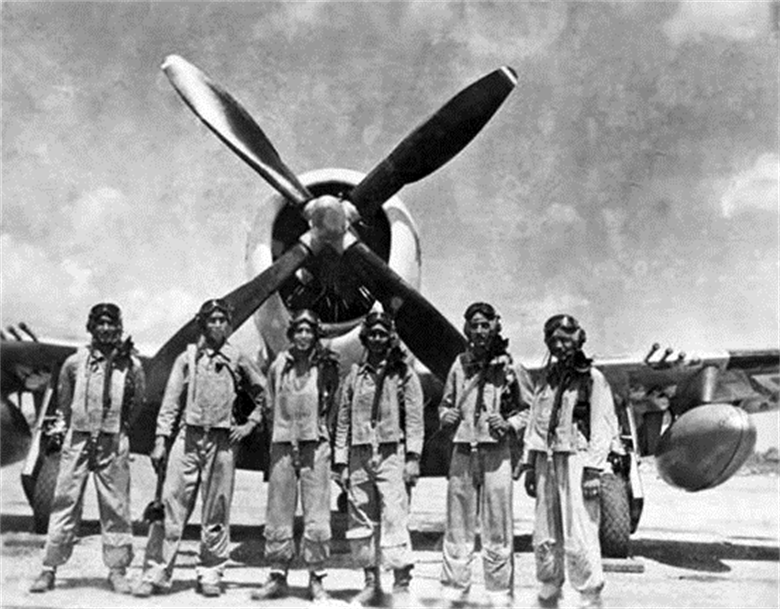 It was Mexico’s official entry into World War II. And it has regrettably been only modestly recognized by many.

On May 13, 1942, a Mexican oil tanker was torpedoed by a German U-boat, killing 13 crewmen. A protest filed by the Mexican government was answered with the sinking of a second tanker and additional casualties. When Germany refused to indemnify Mexico and accept its neutrality, President Manuel Avila Camacho declared war on the Axis powers. And Mexico would become a significant allied asset, especially in the Pacific. Now, I’m not suggesting they name a street Trece de Mayo. (Dated streets confuse me enough as it is.) But look at Mexico’s war record.

1)  After December 7, 1941, when Pearl Harbor was attacked, Mexico was the first country south of the U.S. border to pledge support and aid, and they severed all diplomatic ties with the Axis powers.

2) At a conference in Rio de Janeiro of Latin American foreign ministers in January, 1942, the Mexican delegation convinced many other countries to follow suit and break ties with the Axis powers.

3) After Pearl Harbor, Mexico, with its modest little fleet of small fighting vessels, blockaded its ports so that German and Japanese ships could not enter or seek fuel or necessities, protecting  an American. flank and the security of  the United States’ early efforts to restore its navy.

4) To the Axis powers, Mexico looked liked an easy target. But Mexico stood tall.  Only two decades after their own bloody revolution, which rid the country of dictatorship at vast human and economic cost, Mexico wasn’t prepared to enter a world war. They were also still suffering the effects of the Great Depression and the internal rebellions concerned with post-revolution politics. With their military a force in name only, no fighter planes and short of the economic clout to start an indigenous aircraft industry, they united with the United States.

5) In October, 1942, Mexican Air Force personnel began aerial training in Idaho. The training would eventually transform the small, underfunded Fuerza Aerea Mexicana (FAM), employed for reconnaissance, airmail and mapmaking, into an elite Mexican fighter squadron of 300 air servicemen, 30 of whom were pilots. The 201 Mexican Air Corps (proudly known as The Aztec Eagles) was born. Mexican pilots, along with ground personnel, formed an exclusive integrated Mexican unit. The pilots transitioned from their original modest aircraft to the P-47D Thunderbolts, top U.S. fighter plane. They learned eagerly and became battle-ready quickly, flying 795 missions. And the mechanics mastered these big fighters as though they had invented them. That’s why October should include some holiday to celebrate these World War II military efforts.  It was the first time that Mexico sent combat personnel abroad and the first time both nations battled a common threat.

6)  This unique air force unit would go on to provide necessary air support in the tough battles for the liberation of the Philippines from the entrenched Japanese. They flew long-range sorties over Formosa, with bombing raids and air-to-air combat, earning praise from Allied theater commander General Douglas MacArthur and decorations from the U.S., Mexican and Philippine governments.

7) It is estimated that hundreds of thousands of Mexican Americans signed up for the U.S. military. Also, U.S. capital flowed into Mexico, building factories for wartime provisions and boosting mining operations for much-needed metals such as mercury, zinc, and copper.

It all started in October, 76 years ago. Would an October date be a worthy remembrance and memorial?

I hope this significant Mexican military contribution will be commemorated on the calendar some day.