The Supreme Court ruled last week that a ban on cockfights approved by the Veracruz Congress two years ago is constitutional.  Cockadoodle-do vs. The State of Veracruz.

The ruling said the ban offered many benefits to the animals’ well-being, protecting them from physical injury and even death. And, I’d add, early-onset dementia. 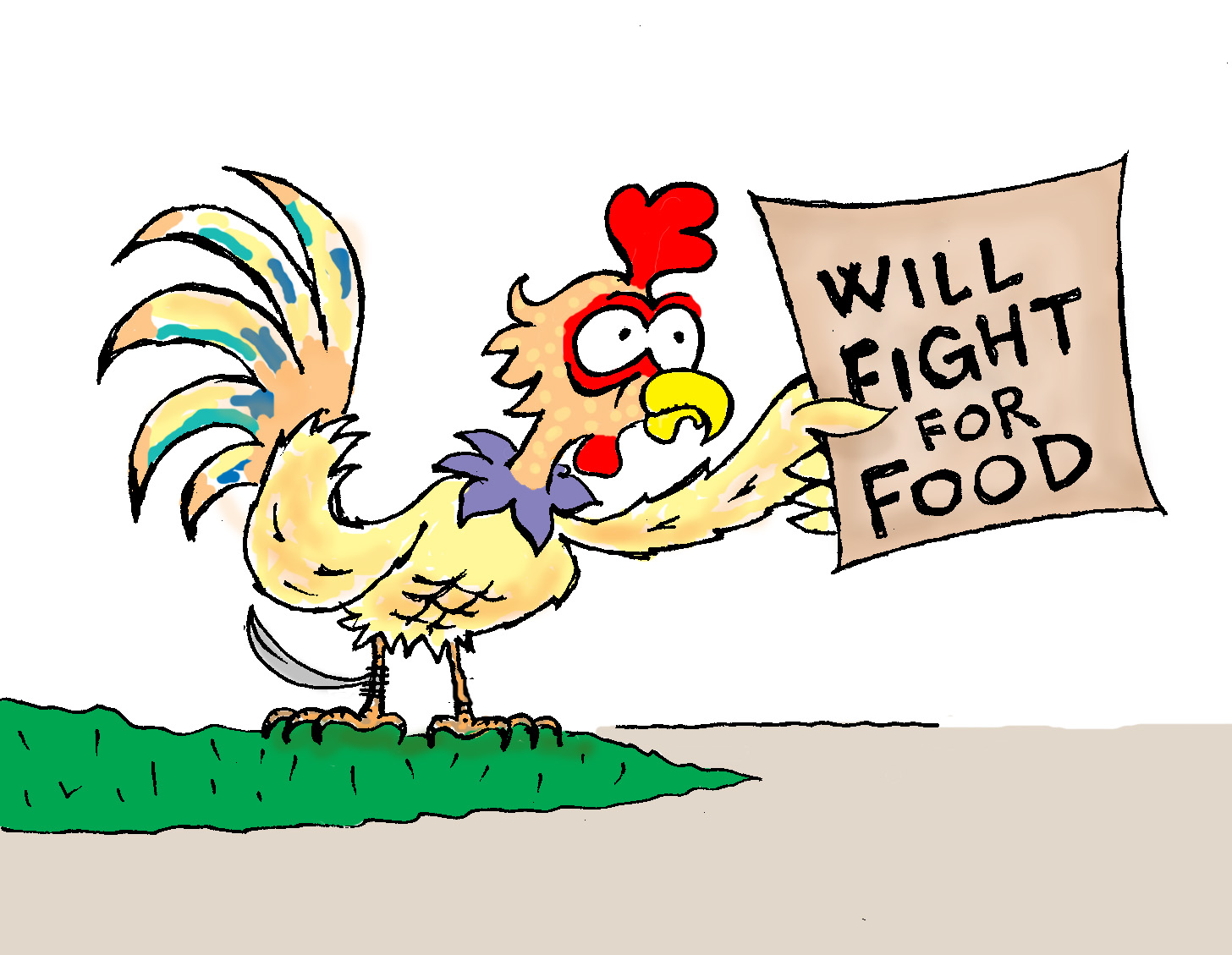 A cockfight is a blood sport between two cocks (called gamecocks, although I’ll bet some are not that game). The fight is held in a palenque or cockfighting ring.  It’s generally fought to the death. The history of raising fowl for fighting goes back 6,000 years. It was practiced by Greeks before battle in order to stimulate the warriors to greater frenzy and belligerence. It was the warrior’s version of “Lock her up.”

Now, here’s the crazy thing. The law exempts bullfights and all activities related to the sport of charrería, essentially a Mexican rodeo.  Bulls, as everyone knows who has heard about their china shop incidents, have good lawyers. The poor gamecocks, however, are now out of work and marching north to the U.S. border, where they will be met by 15,000 entrenched U.S. Special Forces preparing for a chicken pot pie picnic.

But the state’s Animal Protection Act also prohibits hunting and capturing wild animals, animal fights and animals in circus shows. According to the newspaper Milenio, the opponents to the act claim that large numbers of people employed directly and indirectly by the “sport” would lose their jobs. And the law will affect job resumes that say, “I’m a team player and an award-winning rooster feather groomer.” Probably won’t get you a job call-back.  (A lateral career at KFC?)

As an example, critics of the act cited the manufacturing of cockfight blades, saying “it was worth 368.5 million pesos (US$18.3 million) a year.” Cockfight blades are razor-sharp curved slashing weapons each rooster wears on his left foot. Giving us the pugilist expression, left hook.

Naturally, this pastime, still operating in several Mexican states, had also spawned an industry that breeds cocks for fighting, separating the “gladiator cocks” (bred with specialized eggs and bloodlines) from the conscientious objectors (eggs that hatch at Easter). The elite fighters are trained in fast, aggressive action aided by anabolic horse steroids. The others are fed yogurt.

Also, the Veracruz gamecock feed industry consumed an average of 110,000 tons of food every month, representing a gross annual income of 7.2 billion pesos (US$357.3 million). “This financial situation was not taken into account by the authorities responsible for reforming the Animal Protection Act,” the Mexican Commission for Cockfight Promotion said. This, they argued, was a form of discrimination – raising the question: “There’s a Commission for Cockfight Promotion?”

The sport is still legal in Jalisco and just recently a “Combat Spectacular” in San Miguel Cuyutlán staged 120 cockfights in 16 hours, roughly eight an hour, giving guests just enough time to upload another beer or download another beer between events.

This is serious business. I once lived across the street from a two-story house with a roof crowded with 80 caged fighting cocks. The aggravated crowing, barking and screaming went on day and night. When I finally went over to complain to eight Mexicans outside the house, each with a large Corona bottle in his hand, they claimed this was their neighborhood, so back off. I argued that the noise was a discourtesy and a nuisance.  They grumbled some more and I gave up and returned to my ear plugs. The next day, I ran into a Mexican friend and told him my complaint story and my plan to persist. Here’s what he said: “My friend, don’t do that. Those are cartel members.”  I immediately advanced the thought that I might have been impulsive in my action. And the next day, the rooster crowing and barking suddenly had the tranquil effect of delicate birdsong.

Ornithology — it’s such a fascinating subject.