The byword for theatrical events at Lakeside is this: If you build it they will come.  No end to audience availability, no matter what the offering happens to be.

As explained last week, if this is so, my snob self argued that Lakeside is missing a visual presentation of its history in 3D, a comprehensive museum.  And the question immediately rose: What would that contain in addition to its local art? 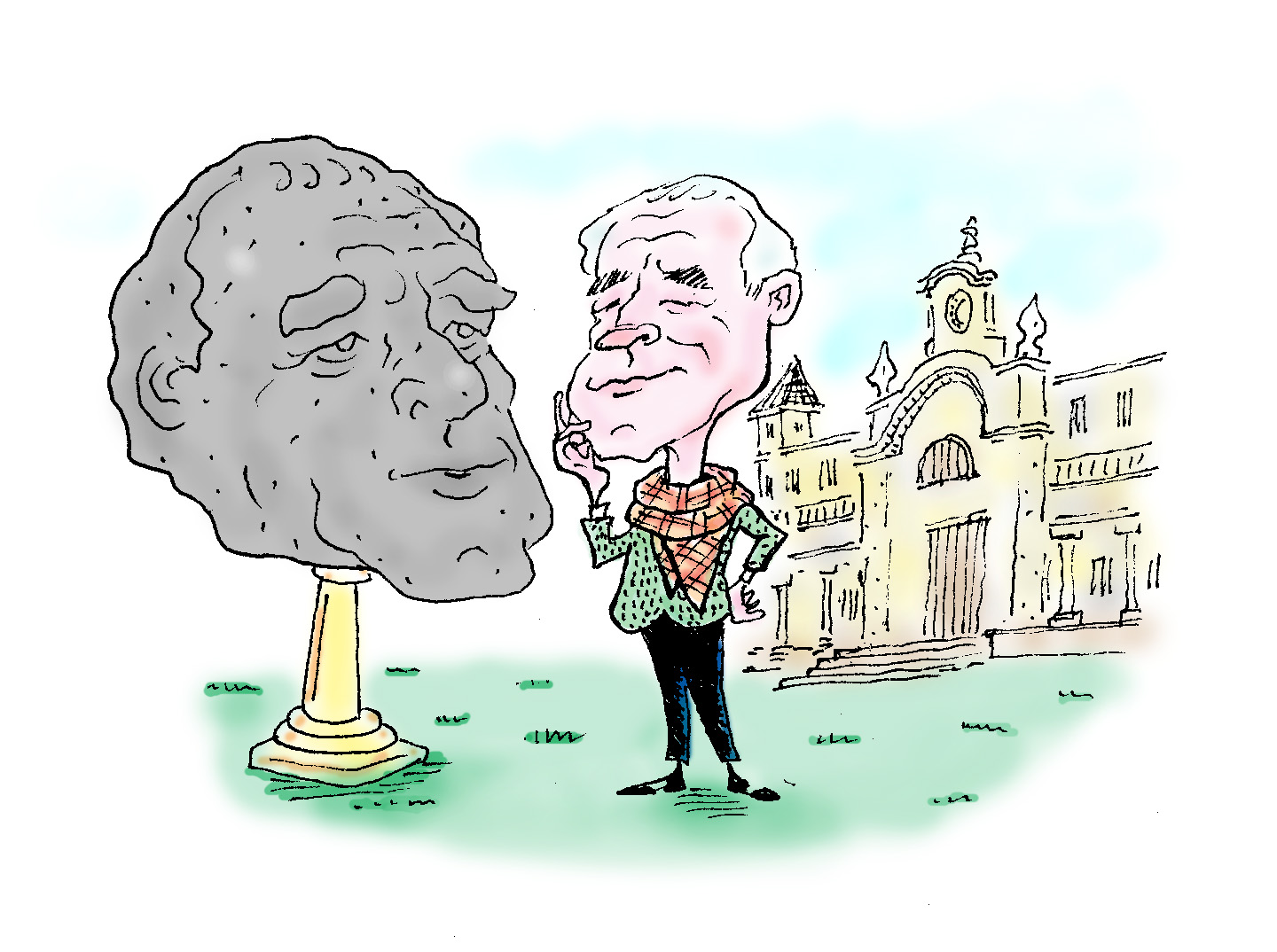 According to work started 50 years ago, Lake Chapala teems with a bounty of extraordinary paleontological discoveries, ancient fossils extracted from its volcanic bottom – of every imaginable species including giant sloths, mastodons, saber-tooth tigers, as well as early mammals from the so-called Cenozoic Period, 65 million years ago, around the time the dinosaurs died off. I don’t know anything about the Cenozoic period; it doesn’t come up in my circle of friends, but it’s the vital era that gave rise to us mammals, who would eventually learn to walk upright and do breast augmentations. A Mammal Big Bang.

This would be the beginning of the post-dinosaur evolutionary story – through the late Pleistocene age known as the Rancholabrean age. (Seems like ages ago, doesn’t it, the good ol’ days of that rowdy Rancholabrean age.)  All these magnificent artifacts wind up in Guadalajara chambers of study, in universities and in some private collections. Some have even found their way north of the border. But not one Rancholabrean tooth or femur fossil is anywhere at Lakeside, even though this is the place where these creatures were born and raised and ate one another.  I’m appealing to the Jalisco Secretariat of Culture to correct this oversight.

The mountains above Ajijic were once gold-bearing. But nothing remains here to represent the era, its discovery, the yield, the workers’ conditions, the equipment and so on. There is the Old Crushing Mill, where the gold was extracted from the ore. This is on private property, where the owners may give permission to wander about the shambling old buildings for signs of stray bullets.

Ayenara Zara Alexeyewa, a horsewoman and Russian ballerina, along with her dance partner, bought the gold mine in the Ajijic mountains in the 1920s so they could afford to present Russian ballets in Mexico.  Her aspiration never took hold because her treasure was stolen and the police couldn’t get worked up over ballet. Old photos and memorabilia about Zara Alexeyewa hang in La Nueva Posada.

There have been several wars fought on or around the Lakeside banks, and little has surfaced from those historical wars as collections for a local museum except for a street name, which only serves to help gringos find the sex toy shop.

Much of Father Miguel Hidalgo’s revolt against the Spanish colonial government in the early 19th century, took place around the shores of Lake Chapala. The Spanish finally gave up, took their guitars and went home in 1822. No relics.

Not long after, the French placed Maximilian on the Mexican imperial throne, claiming you’ll like us, we’re Catholic and we will treat you to ballet. Mexico still didn’t like ballet and General Parra under Benito Juarez decisively defeated the French near Acatlan, a town just north of Jocotepec. Another military success in the Lake Chapala area. But again, not a military uniform, cavalry sword, or even a snuff box could be found from the conflict.

The Mexican Revolution, lasting roughly from 1910 to 1920, was fought throughout Jalisco. I purchased an old sword nicked and hacked up and down its blade, and I believe it’s from that era, possibly from a Lakeside battle. I’ve skewered many an evil foe with it.  Antiquities can spark the imagination like nothing else.

So where are the historical artifacts of 500 years of Lake Chapala history or longer? According to Chapala Cultural Director Rogelio Ochoa, the story is complicated. For example, the former curio and souvenir outlet next to the Auditorio in La Floresta was a comprehensive museum 50 years ago. The treasures of the museum were lost with changing governments over the decades. So, most of Chapala’s historical remnants are in private collections, legitimately and some not so legitimately.

There is so little on exhibit, according to Ochoa, because owners of private collections are afraid to go public with what they possess for fear of having it vandalized or stolen. Collections, he believes, could be made available as loans. Venues, such as the Old Train Station, are available, as long as security is maintained.

There is private and government money available for a self-sustaining museum to house these collections. To that end, the Chapala government is right now looking for a proper venue to exhibit a privately owned collection of archaeological objects from the 1700s in San Antonio.  What’s needed are trusting, patriotic collectors ready to share their treasures.