Might Pancho Villa’s amorality, brutality and narcissism have been the beginning of modern political practice?

At age 15, after he shot and killed a man for harassing his sister, a sign laws didn’t apply to him, Villa fled authorities and joined up with bandits who stole horses, cattle and bank assets – and got away with it all. He developed a brand and was gaining quite a reputation for daring and slyness. While no one could capture or indict the man, there were many photos of him taken as a successful opponent of political corruption. 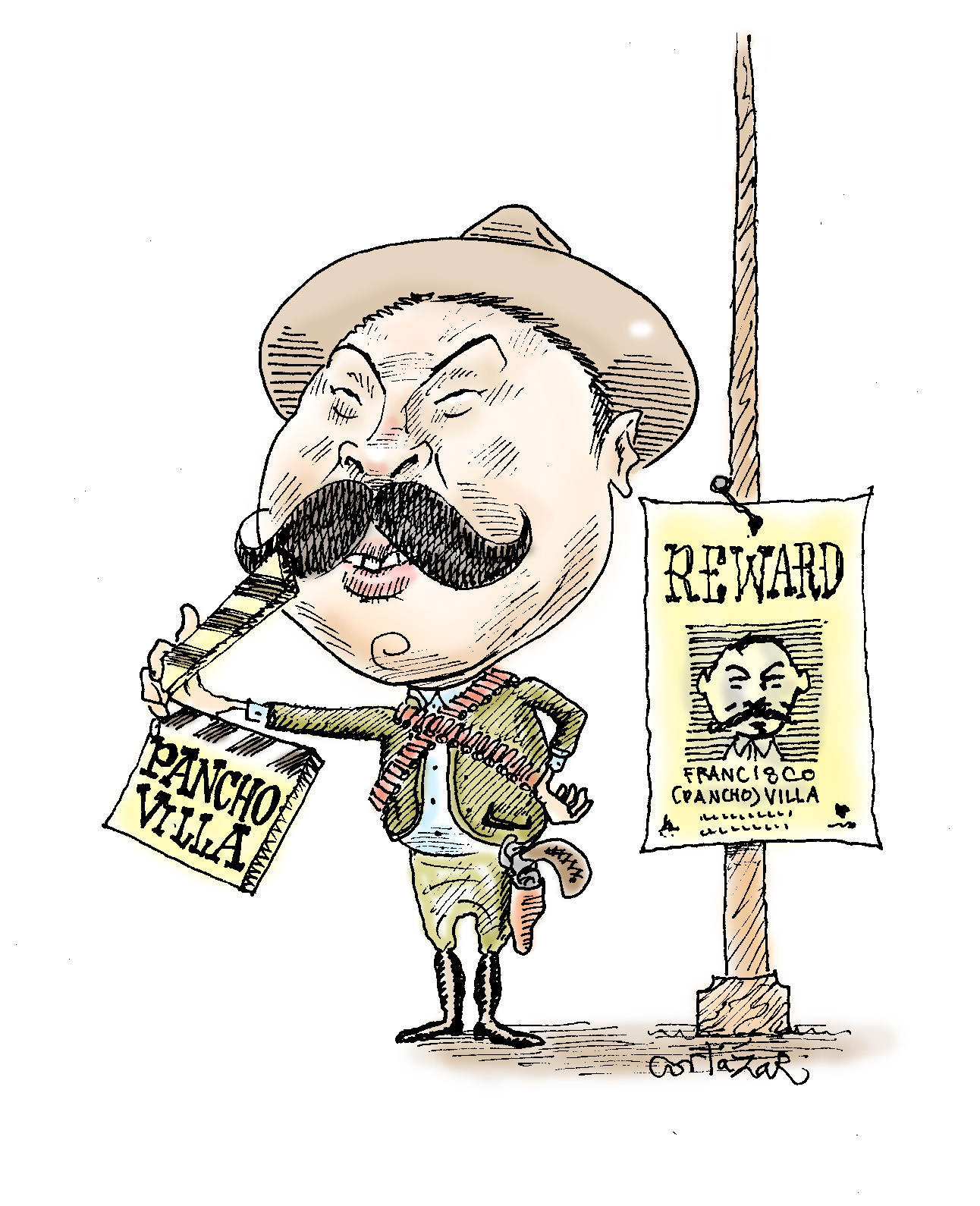 With the help of Villa, Madero eventually drove Díaz from power. He then took the position of president, and Villa became respectable with the new title of colonel in Madero’s army.

Madero’s presidency was soon challenged by another rebellion, led by Pascual Orozco in 1912. Orozco worked for Madero and felt scorned and marginalized by the lowly position the president offered him. Orozco questioned Madero’s presidency and whether he could Make Mexico Great Again.

Huerta was of indigenous parentage. Darker-skinned and considered untrustworthy, Huerta was given no redress. Madero granted Villa a reprieve, but put him in jail, on state’s charges.

Villa escaped jail. Huerta had now turned against Madero’s regime. And according to some, Huerta had Madero assassinated on February 22, 1913. Huerta installed himself as dictator because it’s good to be the dictator.

The war went on. Villa teamed up with the illustrious Emilio Zapata and Venustiano Carranza to overthrow Huerta and clean the swamp. As an experienced revolutionary leader, Villa, now a general, controlled much of northern Mexico’s military and the ensuing battles there. Stands were set up across the U.S. border to watch the conflicts.

This brought Villa’s revolutionary army and its battles into an unprecedented spotlight with photographers and journalists covering the Mexican conflict. And surprisingly, the bandit who once hid from the law, loved being photographed. He even signed a contract with Hollywood’s Mutual Film Company in 1913 to have several of his battles filmed with the movie director telling him where and how to fight. Battles would start right on the nose at 9 a.m. Lunch was served at 2 p.m. Surely this was the beginning of Reality TV.

You still following this?

Carranza rose to power in 1914 after the defeat of Huerta. A proponent of a democratic system, he disappointed his followers, and another rebellion broke out, with the erratic Villa joining forces with Zapata, who was also supported by President Woodrow Wilson.

Villa’s celebrity helped him become governor of Chihuahua around the same time. And he proved to have a knack for public administration, but imposed a ruthless, often bloody code of law and order, which even applied to his troops. Wilson, discovering what an unpredictable and brutal opportunist Villa was, withdrew his support. Villa then lost his movie contract and probably his mustache-wax endorsements. This may be why Villa kidnapped and killed 18 Americans in January 1916. Months later, Villa also planned a surprise raid on Columbus, New Mexico, where his rebels burned the small town and killed 19 people. Pancho’s Reality Show career was over.

General John Pershing was sent to Mexico with Carranza’s support in order to capture Villa. But no one could find the cunning revolutionary. Carranza then pardoned Villa for his crimes as the Revolution eventually ended around 1920. Being a political chameleon served Villa well and prompted his rise to power. No one knows for sure who assassinated Villa three years later or why. Clearly, Villa’s decade-long cruelty and arbitrariness made him no friends.