It seems as though everywhere on the planet you look these days, weather patterns are changing, and climates once predictable are suddenly turning on you like a bad drunk.

The signs of climate change here at Lakeside aren’t obvious and portentous. So it is difficult to identify whether or not we’ve been afflicted. I’ve searched for key signals and recent reports, but they don’t seem to appear on any authoritative record or measurement. Complicating matters, is the fact that Mexico has a wide range of varying climates, from north to south and east to west. And these weather patterns can overlap and confuse creatures, e.g., the Canada geese wind up crashing into flocks of pelicans.

I feel it necessary to point out some of the signs climate change might have created in central Mexico.

1. Smog levels in Guadalajara get so bad that fleeing muggers can’t find their getaway cars.

3. Insect Growth and Behavior. Several new species of cockroach have been found in Jocotepec, and some that actually enjoy sunlight (not kidding). Several can be spotted creaming themselves with sun block along the malecon.

4. Many climatologists believe hurricanes intensify as a result of the higher temperatures. So when you see your mirador lounge chairs flying around the church steeple and scaring the hell out of pelicans, it’s climate change. 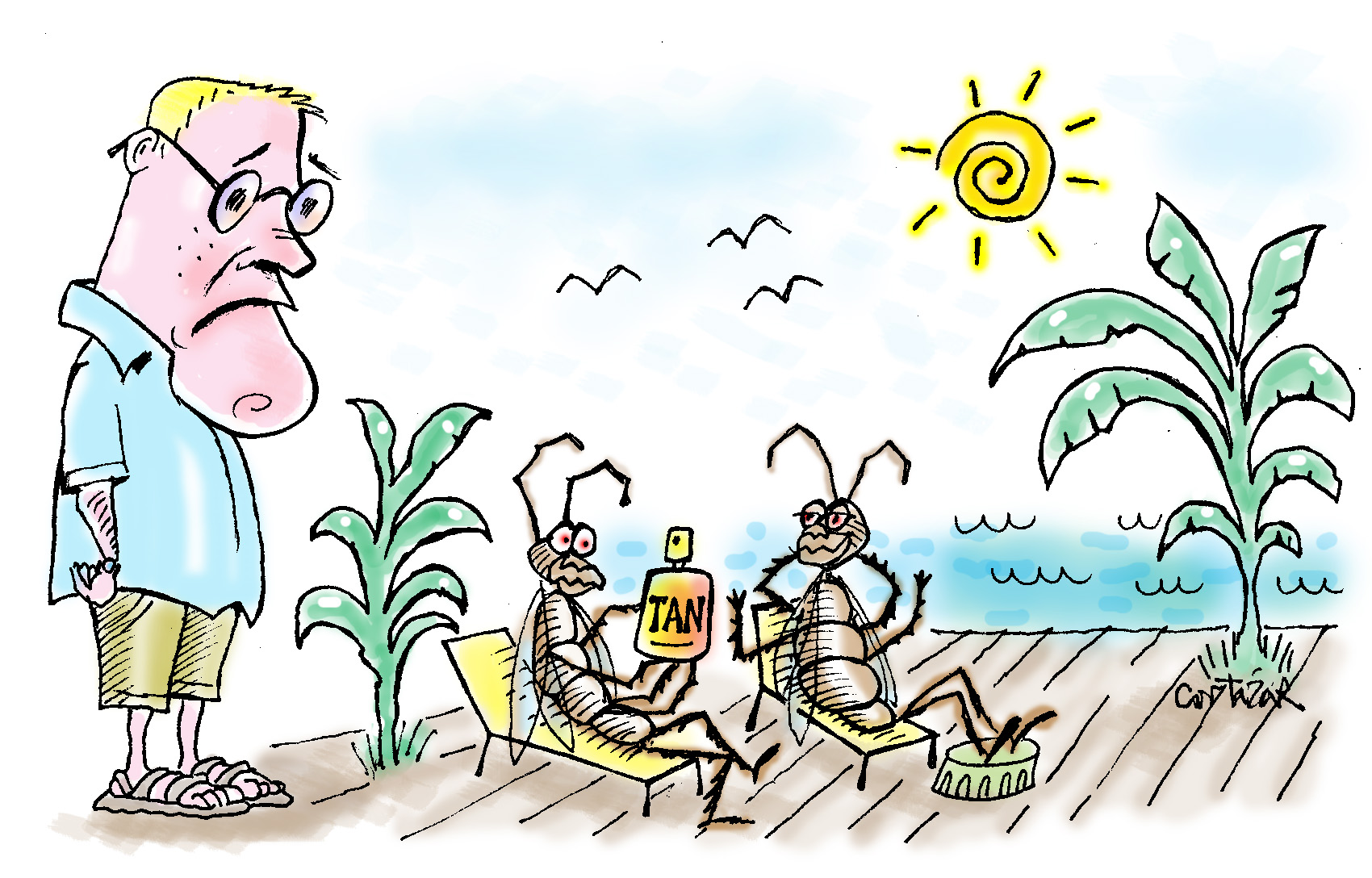 7. Rainfall throughout Mexico during the last two summers has been bashful. Reduced rainfall means reduced soil moisture and higher average temperatures, which affect crop production levels and supply, raising prices and according to the Climate Reality Project, potentially leading to a loss of over half its workable farms and laborers within a decade.   One feels that taking a long shower is like stealing someone’s intravenous anesthetic.

8. Blue-green algae that give the  Lake Chapala water its distinct murky green color darken with the higher temperatures on the north side of the lake. So how do fish see anything? Seldom seen but believed to be living in shallow waters are carp banging into pelican butts.

9. While recycling in Mexico is becoming more sophisticated, many Mexican landfills are still burning waste, producing methane gas and pelican coughing fits. Needless to say, the pelicans are getting fed up with all this. And indications are that their numbers have been reduced at Lakeside.

10. But the most important natural fluctuation in the Earth’s climate due to climate change the El Niño\El Niña appearances (weather’s Bonnie and Clyde). El Niño refers to a short-term period of warm ocean surface temperatures in the tropical Pacific. And regardless of which part of the cycle we are in (El Niño or La Niña), there are consequences for weather around the world, and especially in Mexico. The U.S.’s National Center for Atmospheric Research has raised concerns that El Niño weather is becoming “supercharged,” especially weather patterns in warmer climates like Mexico’s. Future El Niños will make flooding more likely while future La Niñas will bring more drought and intensified wildfire seasons. So with our hot months coming up for Lakeside, watch out.

The Earth is talking back. Just ask the pelicans.