As Easter and its celebrated miracle approaches, we here at Lakeside also go through a major transformation. In the weather, that is.

So enjoy the last of gentle March weather. Because weather here can come in the form of an April Fool’s prank. 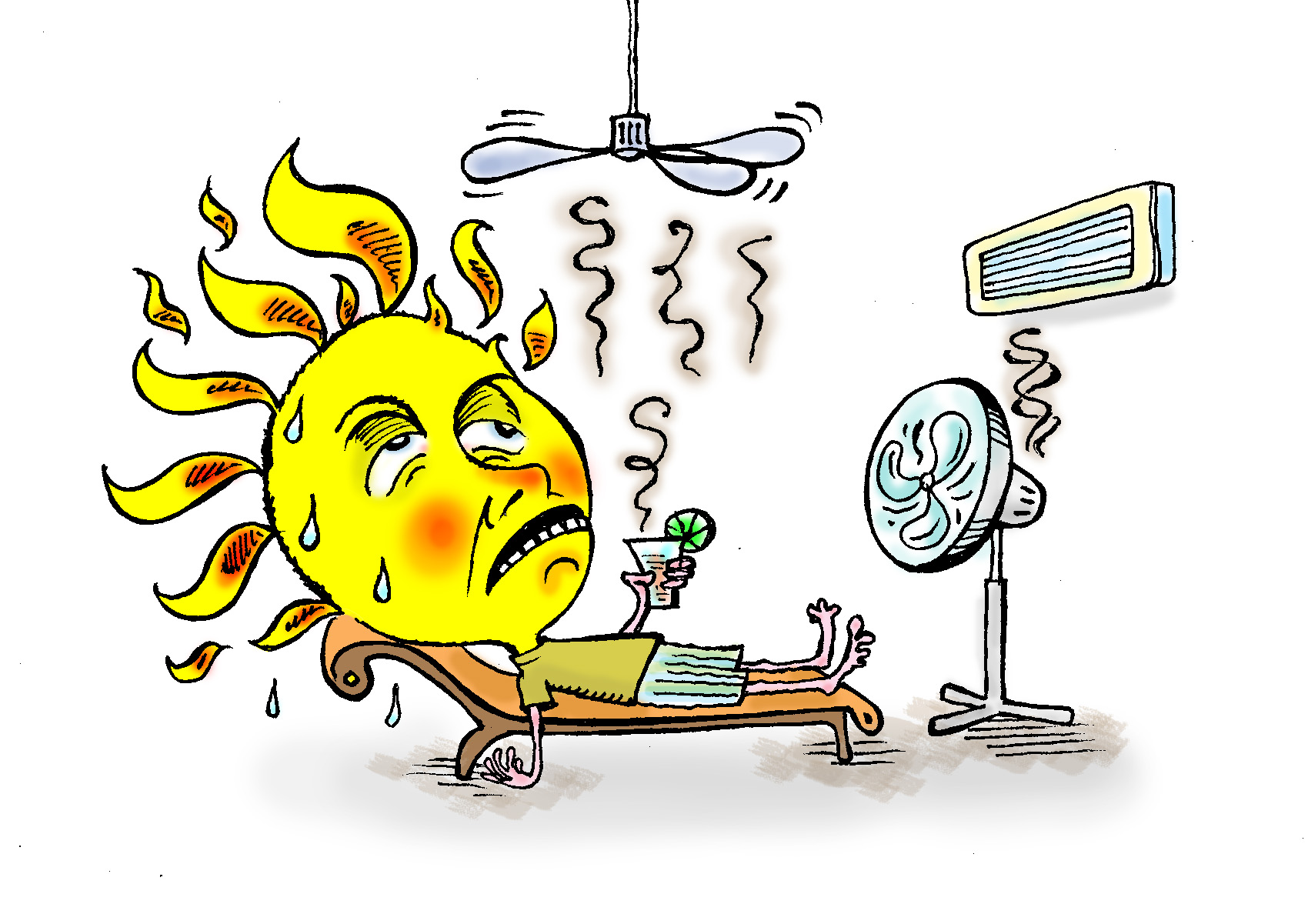 April stokes up the heating, eventually coming to a rolling boil in May. May is the hottest, driest and dustiest month at Lakeside, which has had no rain to speak of for eight months. Normally, the temperatures in April and May can rise into the 80s and 90s Fahrenheit and sometimes stay there at night, joined by insufferable humidity. Electric fans in May have about as much cooling effect as the breeze from those buzzing mosquitoes. If you can find an air conditioner in Ajijic, buy it and install it now, even if it means ripping a hole in your Virgin of Guadalupe mural. She’ll understand. She’s merciful.

May 2017 was the hottest on record by all accounts, those from Lakeside residents and from frozen salmon that flipped out of your shopping cart back into the freezer. And last year was not much better. It was all the work of El Niño according to people familiar with the child and his temper tantrums. And the April Fool’s prankster is usually the weather phenom, El Niño. You recognize it when Pacific Ocean surfaces and temperatures rise and affect the jet stream, global weather patterns and weatherpersons on beaches about to be blown out to sea.

All this will be announced quaintly by the rainbirds whom you will hear squealing their out-of-sight warnings in April.  As you may know, rainbirds are not really birds. I’m told they’re little fairies chirring in your treetops.  Since I’ve never actually seen one, I don’t argue the point.

The rainy season stretches from mid-June to mid-October and brings us much needed rainfall, an average of approximately 34 inches per season, or, put in metrics, 113 foot/pounds. A good rainy season refreshes the area and brings the flora (and blistering salitre) to full bloom everywhere. The rain also washes away the grit and the dust, and, at volume, will come right into your house and do your floors. Rainfall occurs mostly at night, and if it rains during the day, it generally shuts down during the hours of 2 and 4 p.m.

The rainy season often ends with furious winds, whipping up hurricanes in September/October. Hurricanes seem to be getting more powerful. (The hurricane is apparently named after an irascible Mayan god, Hurikan – today hurricane names are nicer: Neil, Rita, Spencer.) Hurricane winds have been powerful and chaotic. Some of us have been known to find our roof furniture at the Pemex station. Some of us won’t find our roof furniture at all. This too depends on El Niño.

So, it is the possibility of the return of a strong El Niño again this year that scares me.  It throws all seasonal temperatures off-kilter, producing weather mayhem, general discomfort and destruction planet-wide, instead of doing what God intended it to do: capsizing Japan’s dolphin-hunting ships.

I regret to report that this past week, the chatter among weather experts, such as the El Niño/Southern Oscillation (ENSO) Diagnostic, the European Center for Medium-Range Weather Forecasts and, most reliably, a Chapala bruja with an El Niño doll shaped from a camote, reckons that El Niño could return in 2019. What’s this mean? It means nobody knows what the weather will be this summer anywhere in the world, or whether you’ll need galoshes on your trip to Peru. It also means: Have all your next-of-kin numbers handy.

But then, thank goodness, after the rains, we’re back to November and the near perpetual, day and night cohetes, starting with the Day of the Dead, November 2. Honoring those who have passed, and loud enough to wake them.