Easter 2019 is behind us. With the Christian divinity unified,we have to begin the process again of listening to His wisdom, that is, all the things He’s trying to tell us.

Andsince, He often speaks metaphorically and mysteriously, we need to become attentive, and  read His signs.  I have listed a number of observations that may represent His attempts at communication, since He doesn’t do much writing anymore. Here’s my take on a couple of things. 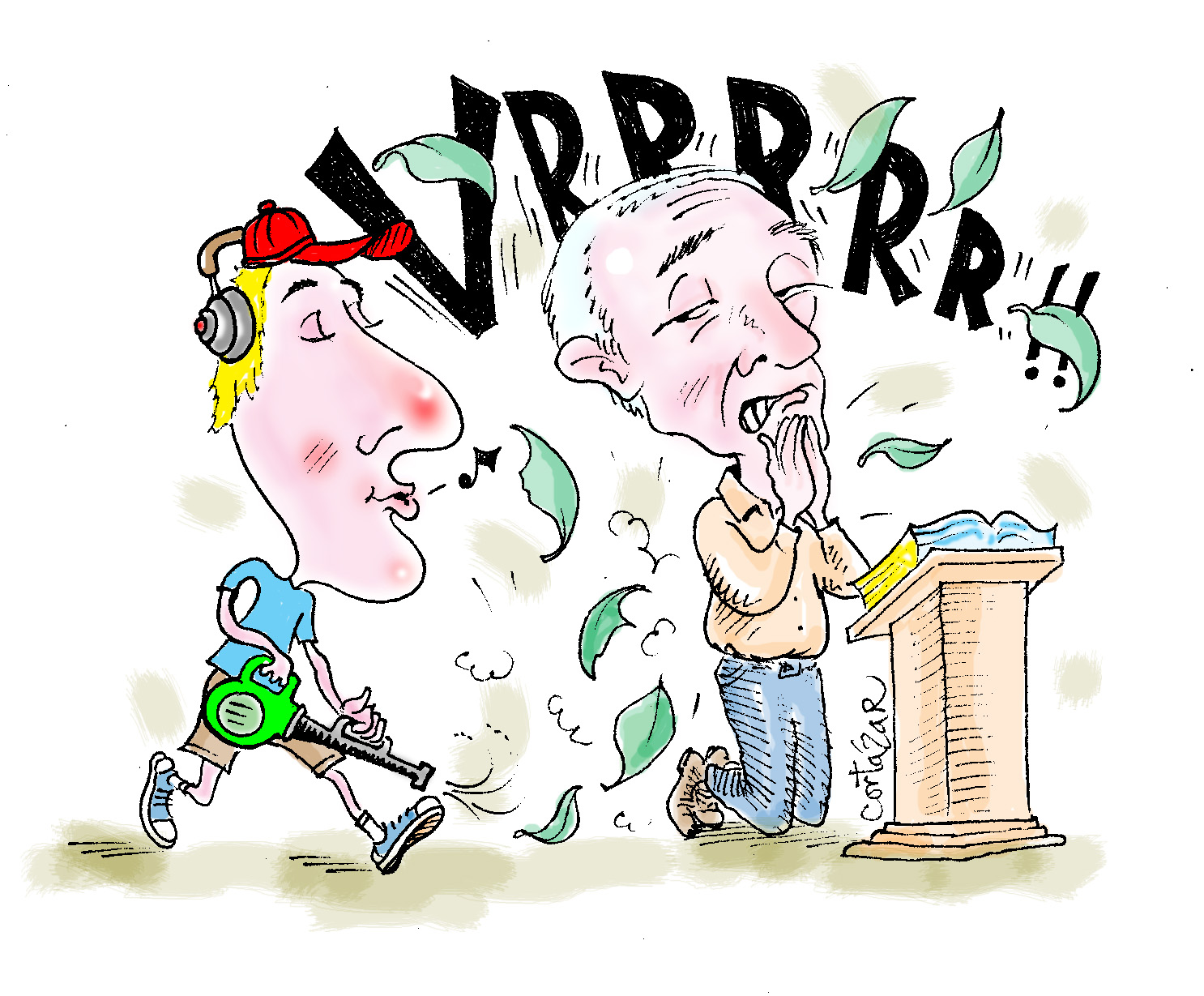 2. Leaf blower users are His way of explaining that, “Mental health won’t happen for everyone.”

3. Karaoke is still God’s way of proposing that, “Some people need to remain real estate agents.”

4. Mortality is God’s confession that, “He likes to redecorate.”

5. Cockroaches are His way of revealing that, “Some white supremacists just refused to evolve.”

6. The miracle of disciples consuming endless loaves and fishes was  God’s way of saying, “Try marijuana.”

7. Earthquakes are God’s way of saying, “Fix the damned potholes or I’ll dump you in one.”

8. A resurrection is God’s way of saying,  “He had catastrophic insurance.”

9. ”Signing 16 forms to get a Mexican bank account is God’s way of saying, “Hey, I’m just goofing around.”

10. Being able to cross the carretera and arrive alive is God’s way of noting that, “You’ll either be ready for the Olympics... or the Para-Olympics. But you have my blessing, and good luck.”

My reply to God is simple:  It’s been thousands of years, since You have written anything. So we’re always trying to figure out what’s up. I’d even take something in ancient Hebrew or Canaanite or even  Morse Code, if that would help. I could get it translated, and, of course, edited for grammar and the AP Style Guide.  That’s why I took this opportunity to do my own translation of your actions.

Anyway, my offer still stands for any new copy you might have sitting around. We’ll run it right here in the Guadalajara Reporter.  Please keep in mind that I do charge a reading fee.