Can there really be something as distorted as unfounded, aimless hatred for the opposite sex, whom we cherish and depend on so much? 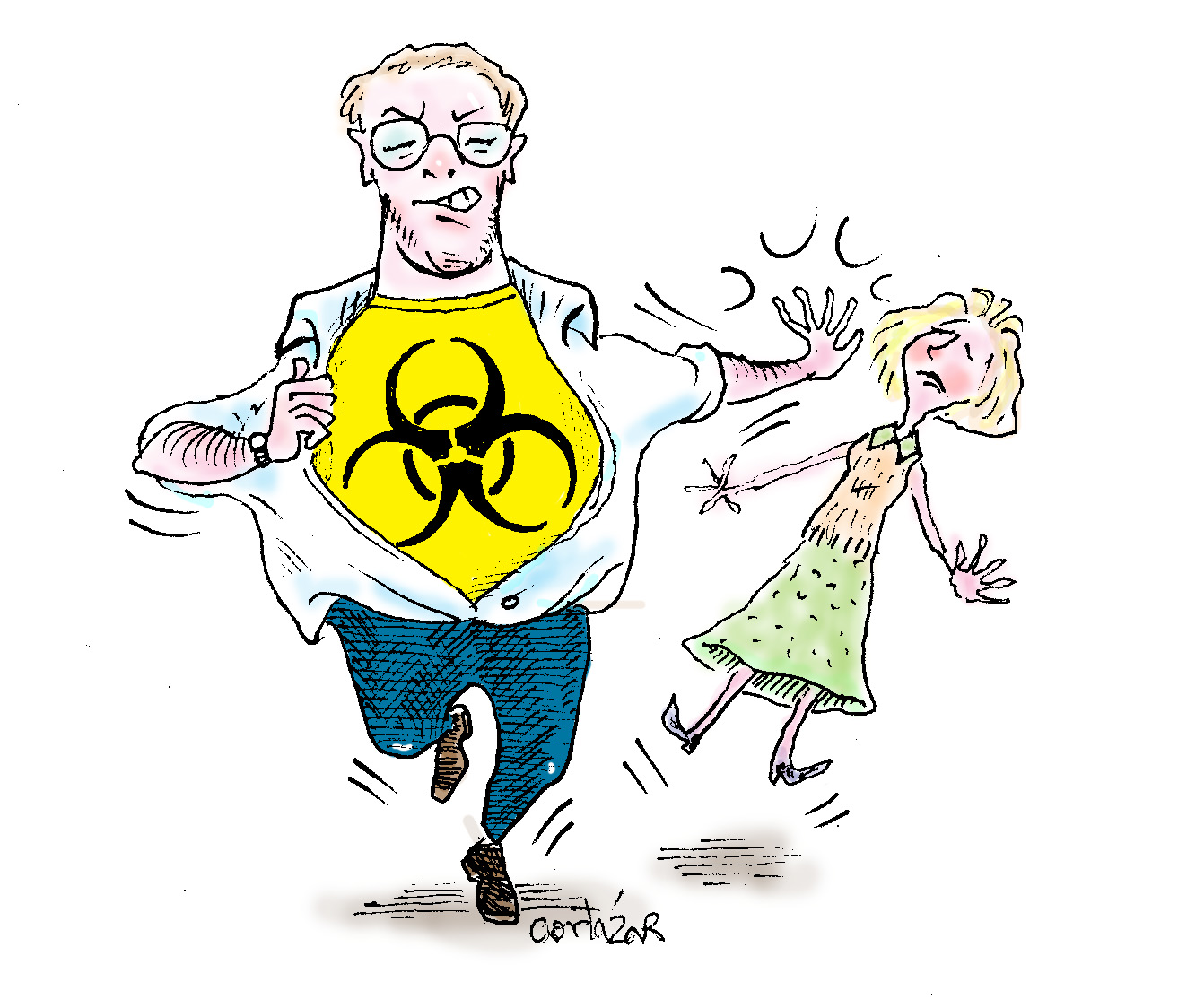 Usually, if some group is hated, we know why, as irrational and ignorant as it might be. And we can see evidence of it. A disliked group’s most beloved customs or sacraments are trammeled and defiled. Their holy places are blown up. So where do you take this if you have a dislike or contempt for women? You blow up a bubble bath company?

The word misogyny, while dating back to the 17th century, began occurring in modern use only about 20 years ago. And it may be describing something that is a recent growing phenomenon. Maybe because women everywhere are clawing their way to the top. Sexism maybe, but not misogyny.

Down through the ages, women have been goddesses. They have elicited adoration and respect during the age of chivalry, been protected by irrevocable Victorian values; Emily Post’s etiquette informing us how to behave with women, chapters of it. I don’t recall there being any courtesies paid to men. Unless you consider a woman holding a flashlight while her husband crawls into a hole to fix a broken water pipe.

Most primitive religions worshiped women as godly fertility symbols. Birthgiving made women sacred. Feminism and feminine power didn’t lead to misogyny. To sexism, maybe, which is viscerally selfish and insensitive. Let me quote Adam to back that up. “Hey, for God’s sake, I need a woman! I have 13 ribs, unlucky number!”  (That’s somewhere in Genesis.)

Misogyny is amygdala-deep, at least in most religious contexts: casting Eve as the first epic wrongdoer for talking to a snake (admittedly that would worry me too). Adam, the bible says,  suffered for it by becoming a farmer for 130 years (luckily, everything was organic in those days). Then there’s Helen of Troy, history’s greatest adulteress, whose rescue got a lot of men killed. And then suspicions went haywire: women were cast as witches. Because they were weak and subject to the provocations of the devil for dancing too merrily and going to confession a lot (historical fact). These were history’s female personifications for centuries.

I’ll tell you the real reason some men treat women badly. Men are scared to death of women. It’s the power their sashaying and smell have on men. It’s irresistible. And men don’t like being a shackled captive to their hungers. They need an anti-Viagra pill, something that acts like sargassum on tourism. And then they would calm down a bit and join a bridge club.  To start calling everything misogyny can be inflammatory.

Cornell philosophy professor Kate Manne agrees with me. She argues that “misogyny is not about male hostility or hatred toward women — instead, it’s about controlling women who challenge male dominance.”  Female sexuality taps into hormonal chords that make men feel enslaved and out of control.

Machismo in Mexico reinforces the idea of women as second-class citizens whose rights and opportunities are undermined everywhere. It’s based on power and control. It flourishes worldwide to one degree or another. Now, distemper this patriarchal dominance with a female rejection somewhere down the road, and you have a budding misogynist.

Men’s misogynistic attitudes have been associated with poor mental health. This was noted by the American Psychological Association. (Really? You could stop any woman on the street for that information.)The studies were done in Tijuana, among a spectrum of ages and socioeconomic groups. The mental health issue they’re talking about is something called “Toxic Masculinity,” aggressive sexual behavior, privilege, greed, homophobia and self-absorption. And it can be dangerous and lead to violence. This is where sexism tips over into actual misogyny.

A group of Mexican cyber activists have taken on the task of deflating this twisted gender model. The Luchadoras (female fighters) are a determined army of women who have had enough of trolls and violence and are taking matters into their own hands. It’s a way to encourage women to use technology, a radio station and plenty of digital space promoting pro-women issues and mocking male manners and sexism, “but with fun, with humor,” says Luchadoras’ Lulú Barrera in Mexico City.  Women are fighting back, even here in Mexico.

And yes, there’s a male version of misogyny. It’s called misandry. Ever heard of it? No.

So, to conclude, men are just nuts when it comes to women.