My garden, a lovely house-front apron of flowering plants, shrubs and fruit trees, has been under siege by cutter ants, with no hope of a diplomatic settlement.

They’ve been turning new and old-growth vegetation into confetti for weeks and carrying it through endless parades over my garden day and night, just to spíte me. What’s worse, they couldn’t have been more conspicuous and brazen about it if they were wearing plumed medieval helmets.

And for some reason unbeknown to God or man, they will not touch my weeds. I think I yelled out one evening,“I hear the queen loves a good crab grass snack on occasion!”

Someone once told me their trail of troops can extend miles. I did some extrapolating and discovered that creatures the size of splinters organizing a parade one mile long is the equivalent of humans marching around the circumference of the earth carrying some ridiculous amount of trail mix over their heads  – without ever stopping to eat it. It was the last straw as I watched the persistent troopers carry portions of my mango tree over my shoetips whistling, It’s a Long Way to Tipperary! (A certain U.S. president would like this creature and cultivate a pet-caregiver relationship with it ... indoors even.)

Bring in the gardener. My gardener just shrugged and drizzled a few ounces of gasoline into the entrances to their nests and went home. 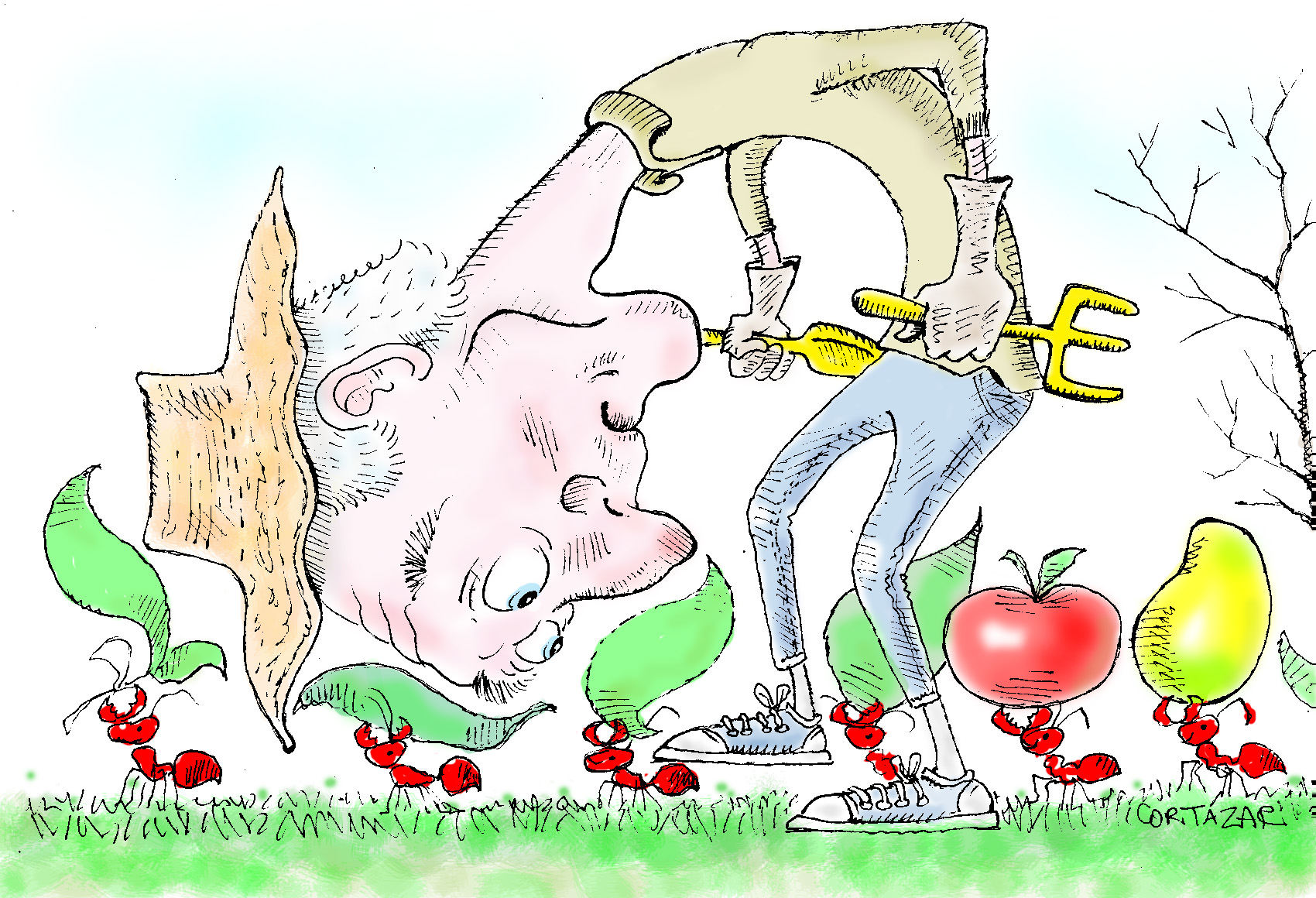 Nope! Nothing happened. This just seemed to give them a psychotropic, methanol high and the late night nibbles. I could have imagined it because it was getting dark, but I think they actually began carrying even larger cuts, as in leaves with lemons still on them. At that, I even lost the courage to stomp on them for fear of being jiu jitsued into the air and dumped on my head.

Bring in second gardener. Patrone. (Poison.) “They like the taste of it,” the second gardener said. “They take it to the nest and the whole pack of them dies.” And yes, he was right, they liked the taste of it, and they did take it to their nest. But instead of wiping them out, I believe they had a fiesta. “Hey, is there any more of that Patrone left?” I swore I heard them yelling up the line at 3 a.m.

With all patience gone, I went and found myself an entomologist: A natural remedy that works is cooked rice, he said. So I cooked up some rice and put hills of it at each ant mound, and also a small amount of sugar mixed with yeast. Alongside, some baking soda and vinegar. The ants take this all back into the nest to their food cultures. (For those needing subtitles, this recipe turns out to be a white fungus poison.) First of all, I don’t even spend this much time cooking for myself, let alone making special dinners for ants. It appeared that the ants must have had been beef eaters, because nothing happened,  except that now my garden was overrun with stray cats and opossums thinking my garden is an Eventos offering sweetened glop.

Finally, a neighbor came to me as I sat pouting on the curb in front of my house shooing away various scavengers. He said, “Just wrap all of your trees and bushes in plastic or aluminum foil at the base. They can’t climb this.” So with the eagerness of an unchained tigress I rushed back into the garden and started to wrap every plant in Saran Wrap.  It seemed to help. But now my garden looks like a field of huge vegan leftovers.

In the end, I was feeling pretty good, because I hadn’t killed anything and, in no time, believe it or not, I was directing cutter ant traffic into my neighbor’s garden. I offered her my Saran Wrap and aluminum foil. “Live and let live,” I told her.