It’s such a paradise here, prized for its quiet, pristine rural setting. But infrastructure problems to accommodate the growing numbers of new residents has become like an army of occupation to many.

They believe the existing area cannot accommodate its current population growth.Now this is not a problem specific to Lakeside. Population growth versus enhanced infrastructure to manage it is a worldwide problem these days. 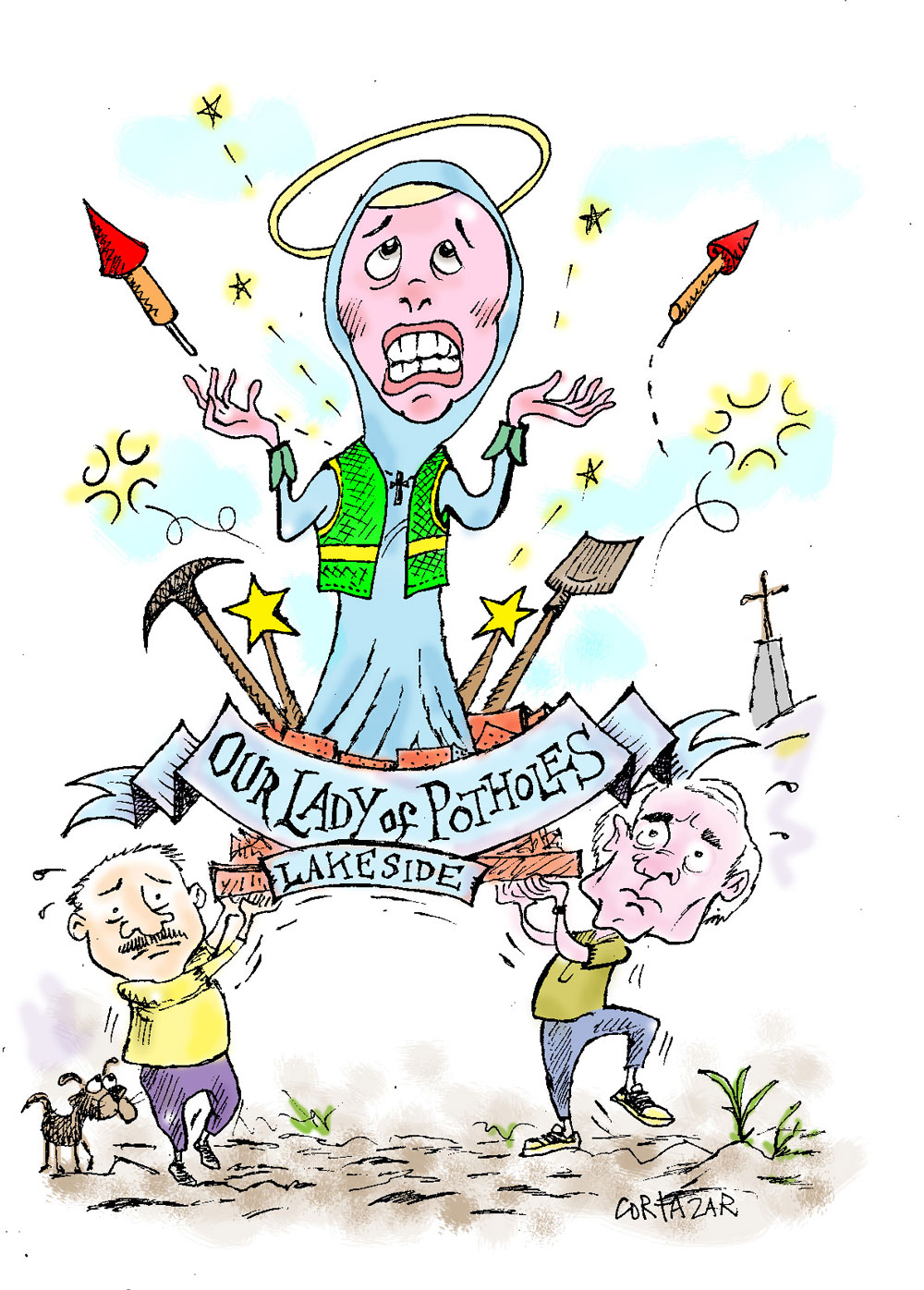 Some Lakeside residents here are saying, we are wall to wall people, cars, pets, consumers and patients and we can’t take in more residents. I think roof dogs are here now just to warn of arriving moving vans.

The Chapala municipal government is, according to many, broke and they believe expanding population is one solution to help fix the failing electrical grid, reduce the congestion on the Carretera, provide new water treatment facilities, replace ancient sewage overflow systems, reduce noise levels and possibly open up a second express line at Walmart’s.

But then the new growth in permanent or even snowbird residency means more pressure on the Lakeside infrastructure. And what was once, a quiet, pristine and rural community continues to expand into something more like a Woodstock invasion.

So I have a solution.

Exactly two years ago this week, this newspaper reported that residents of two adjoining neighborhoods in Mexico City believed they solved their ongoing “gentrification” problems, which were disrupting their gentle, peaceful, non-trammeled village life. They created and venerated their very own patron saint – Santa Mari de Juaricua. They proceeded to dress her up in a 16th Century gown and tresses, draped with a garland of flowers ... oh, and wearing sunglasses. (Not making this up; if you can’t trust the GR, you may as well stop following the news.) Anyway, just the saint’s effigy on display would be enough to scare off visitors to the neighborhood.

Anyway, for those of you who have not guessed it or are not Catholic, the solution for Lakeside is obvious. We need a Patron Saint of Infrastructure.

Our Lady of the Potholes.

Scoff if you want, but it’s not unprecedented. There is a history of saints for pretty much everything, all of whom have been sanctioned by the papacy. So there must be something to it. Like having a lawyer in the family who was previously an auto mechanic. And dabbled in plumbing.

So, it’s time to rally our processions each month in honor of Our Lady of the Potholes and parade about Lakeside, beckoning her to mediate this infrastructure dilemma. But please, avoid the potholes and broken sidewalks. And whatever you do, don’t invoke her aid with rockets at ten o’clock at night.