I don’t know what to eat anymore. Dietary science has gotten so complicated there should be an Bon Appetit hotline to check the latest versions of a healthful meal.

“Hello, can you tell me if my liver will be destroyed if I have veal medallions with au gratin potatoes and no greens? Or the baked potato with fish of the day (mercury-laced tuna)?” 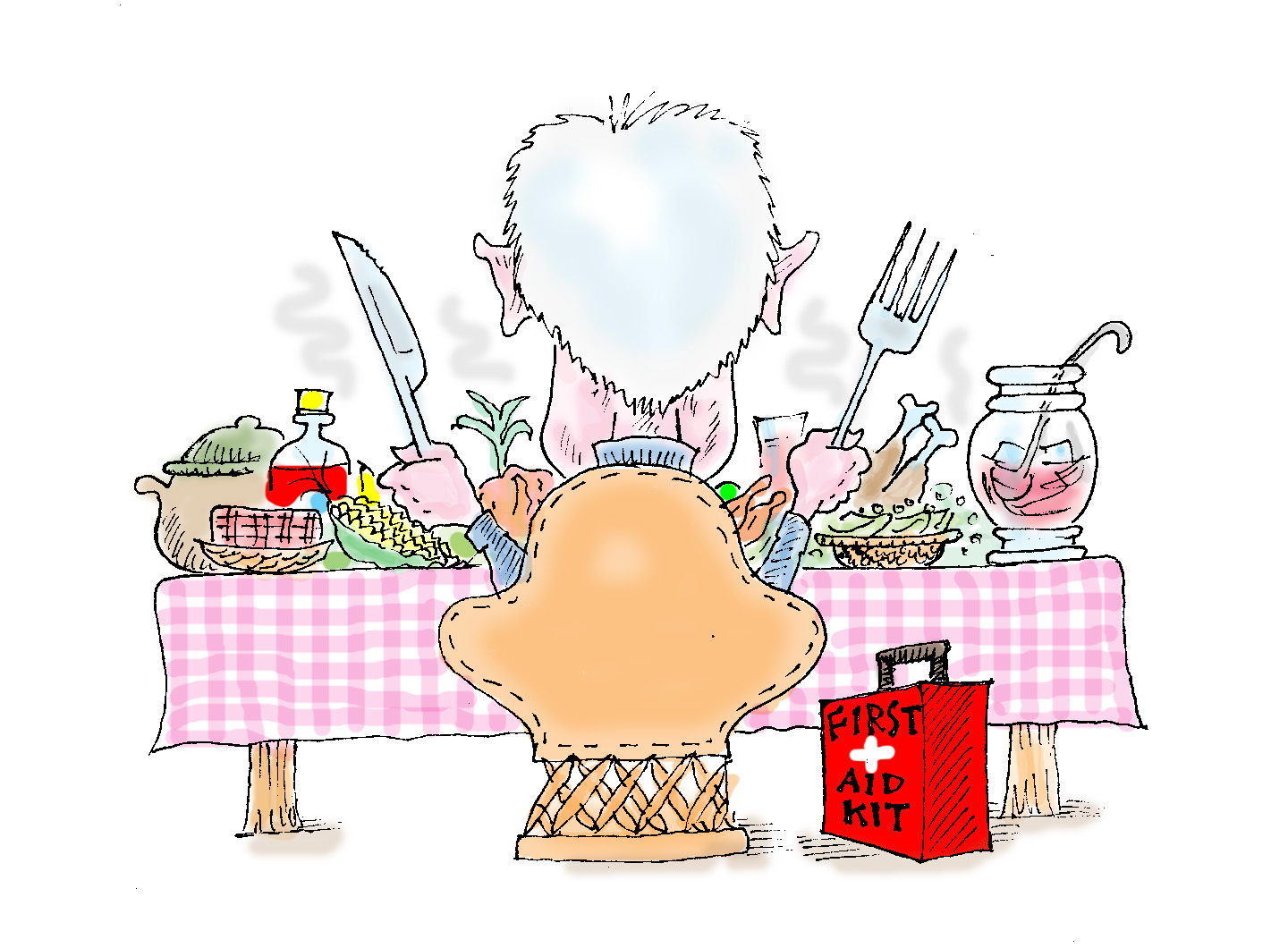 The Mexican diet has always been suspect due to its inclusion of meat products, carb-loads and saturated fats.  Think about that walk through the village when you smell and then pass one of their barrel-sized broiling of animal parts on the sidewalk. This is really the stuff that evolved us over the millennia.

And now, new studies indicate that eating red meat or any meat is really okay. Red meat is packed with vitamins and minerals, according to studies sponsored by the meat and cattle industries, who were obviously worried that people aren’t getting their vitamin B12. They argue that the kale and tofu industries don’t know what they’re talking about and should just shut up. Greens are best appreciated as little decorations on the side of your 18-ounce steak.

Here’s my problem with all dietary recommendations: How do they know eating red meat, for instance, is good or bad for you? There is no scientific way to prove this. Nutritionists admit that they can’t do a randomized blind study of large groups of people over long periods of time, comparing one group on a specific diet with another group on another diet. This is what can help decide which diets are healthy and which are going to kill you the day after you retire.

To be scientifically grounded, investigators would need 20,000 people from the general population and have them eat a bowl of granola, some fish tacos and then a beans and rice dish for dinner every day for 25 years (or until one develops a mental disorder). Versus another 20,000 people eating nothing but eggs, ribs and arrechera every day for a quarter century. And then assess who lives and dies as a percentage of each group. If you can find even one group of 20,000 people who will do such a thing for an investigator, then you don’t have a study group. You’d have a cult of sheep-like dimwits, who will even follow you when the aliens come to take them to Planet Zeno.

On the basis of these kinds of studies, we get most of our so-called recommended diets. Nobody is really sure what a Mediterranean diet consists of (my take is olive oil, calamari and arugula) versus an Atkins diet (flesh from any quadruped that isn’t your pet) versus a Paleo diet (that sounded like eating whatever critter you could leap on and subdue). And on and on. All at 2,000 calories a day. More for men, given that they are probably the authors of the diets.

Back to my premise. Mexican food. Archaeologists have found no major evidence that protein from animals played a role in the Mexican diet during the Aztec civilization; their source of protein came from beans. Beans provide a good amount of fiber, B vitamins and magnesium. It was the Spanish who introduced meat and animal products, which eventually led to more sophisticated foods like pepperoni.

Recently, some evidence has emerged that Mexican food may be a pretty healthy diet for many people. Some research suggests that a Native Mexican diet can reduce the risk of breast cancer. The researchers speculate that the cause of this significant benefit is the Mexican diet staple, beans.  So you see, dietary science, it can be said, “doesn’t know beans.”