Most of us probably know that the Spanish word agua means water. But when someone shouts out “Aguas!,” they are telling you to “watch out,” warning you of some pending danger or inconvenience. 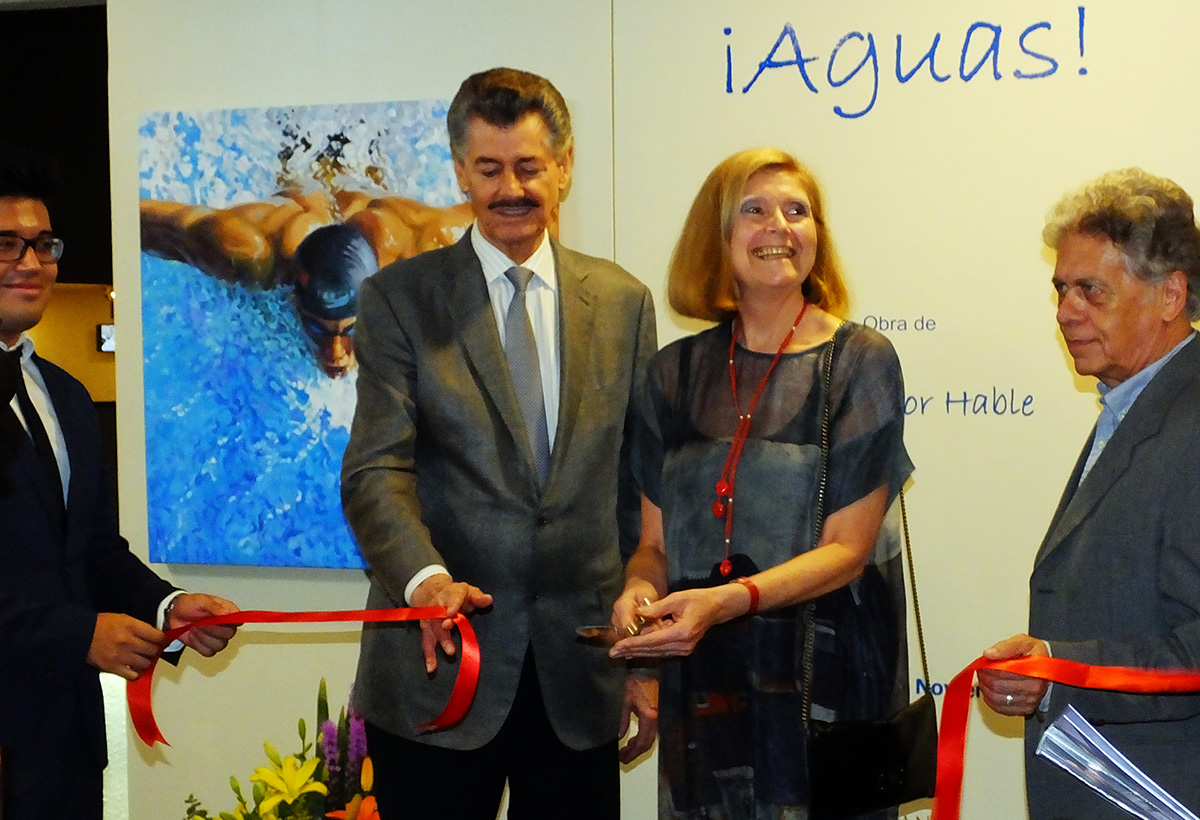 In the case of “Aguas!,” an exhibition up at the Guadalajara Chamber of Commerce, our attention is not being drawn to a puddle on the sidewalk, but to 27 stunning oil paintings by Austrian-born artist Ilse Hable, who has made the city her second home.

“‘Aguas’ is what you might shout when a big wave is coming,” Hable told me at the September 26 opening. “This theme is calling attention to water and in these paintings you will see it in all its forms, as a liquid, steam and vapor. I think this collection of paintings shouts to the heavens that nature is beautiful.”

Hable prefers painting on location rather than in a studio. She enjoys discovering outdoor beauty in little-known sites off the beaten track, such as the crater of the Tequila Volcano or the hidden-away hot springs of Tamara Canyon.

“Plein-air painting is always fresher than studio painting and is what I love to do,” she says enthusiastically. “I love the challenge of trying to capture the beauty of a striking scene on a small canvas.” 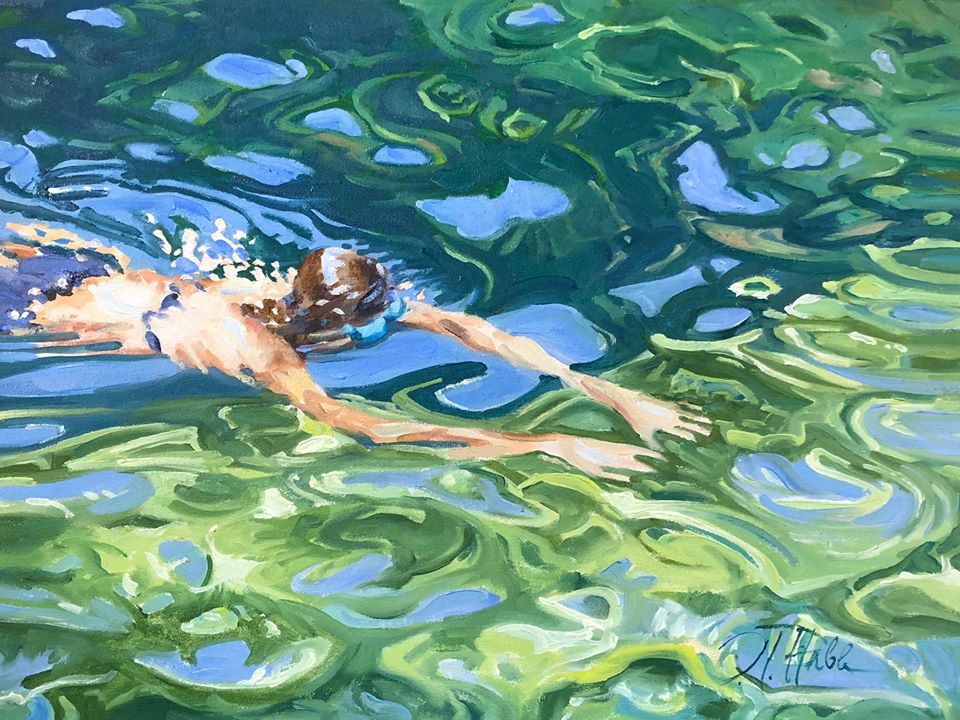 This is perfectly epitomized in her delightful painting of a glacier, which Hable completed after a recent trip to Alaska. Other locations featured in the exhibit that inspired Hable include Camécuaro Lake in Michoacán and the Pacific coastline near San Diego, California.

Said fellow Jalisco artist Luis Eduardo González: “Light, color, atmosphere and water are the ingredients which Ilse’s palette has transformed into paintings. Her keen eye focuses on a vital element — water, which can take so many forms. 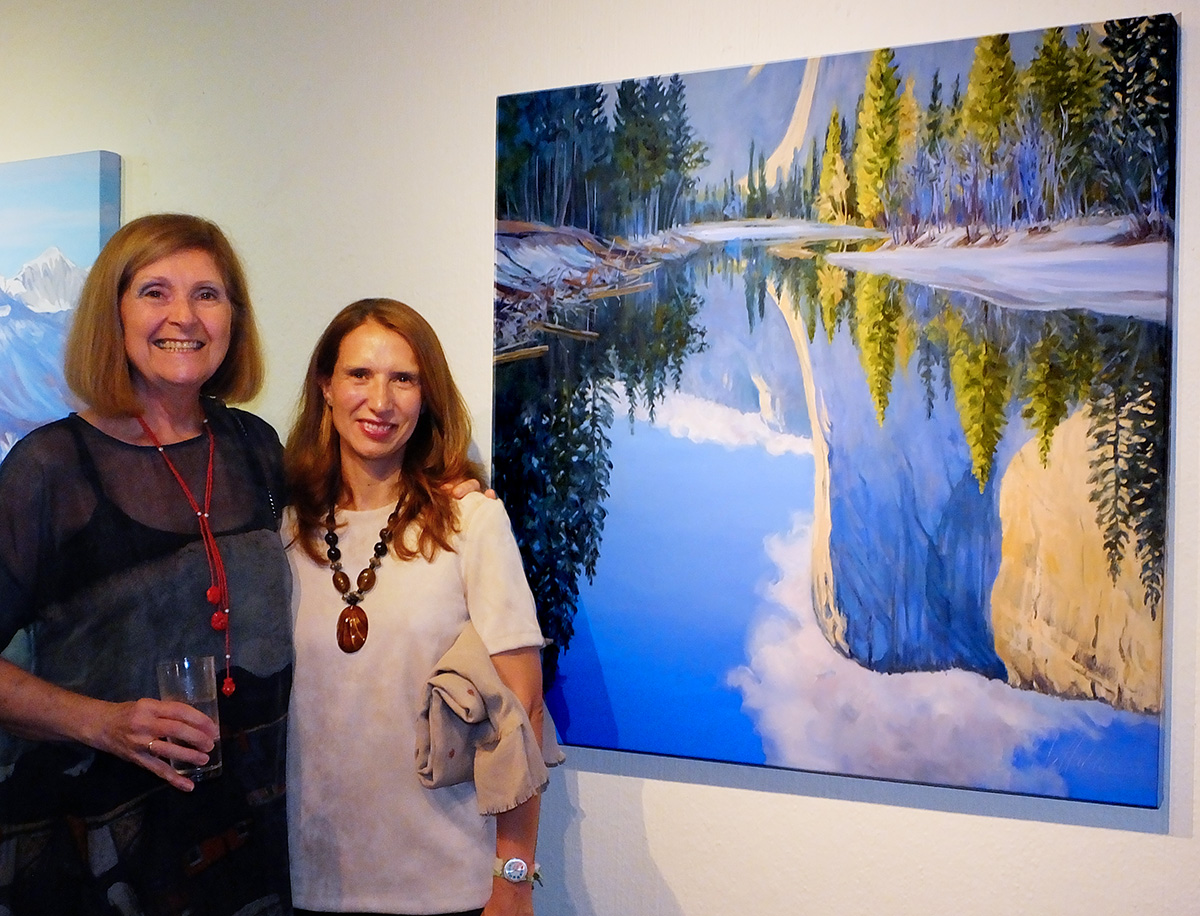 She expresses water’s versatility with varied compositions which are always well-balanced, sometimes bold and surprising, sometimes measured arrangements with a classic savor.”

Hable was born in Vienna, Austria, where she studied art and received a masters Degree from the Akademie fuer Angewandte Kunst. She earned several prizes, including first prize at the 1970 World Exhibition in Osaka, Japan. During the next 12 years she dedicated herself to a career as a fashion designer in Europe and eventually came to Mexico, helping to bring about a revolution in haute couture. She also sang in a choir in Mexico City, where she met her husband, Andrew Taylor.

In 1983, Hable moved to California and began dedicating her time exclusively to the fine arts. She has studied with the well-known painters Sebastian Capella, John Asaro, Wolf Kahn, Albert Handell and Bert Silverman.

Hable presented her first one person show in La Jolla, California, in 1987 and has continued exhibiting her work in 17 individual and 39 collective shows. Her work has been exhibited at museums and commercial galleries in the United States and Mexico. Since 1996, she has lived and worked in Guadalajara.

Hable’s paintings will be on display until November 5 at the Camera de Comercio, Avenida Vallarta 4095, across from the Hotel Camino Real in Guadalajara. The building is open Monday to Friday from 8 a.m. to 6 p.m., and on Saturdays from 8 a.m. to 1 p.m. Admission is free.