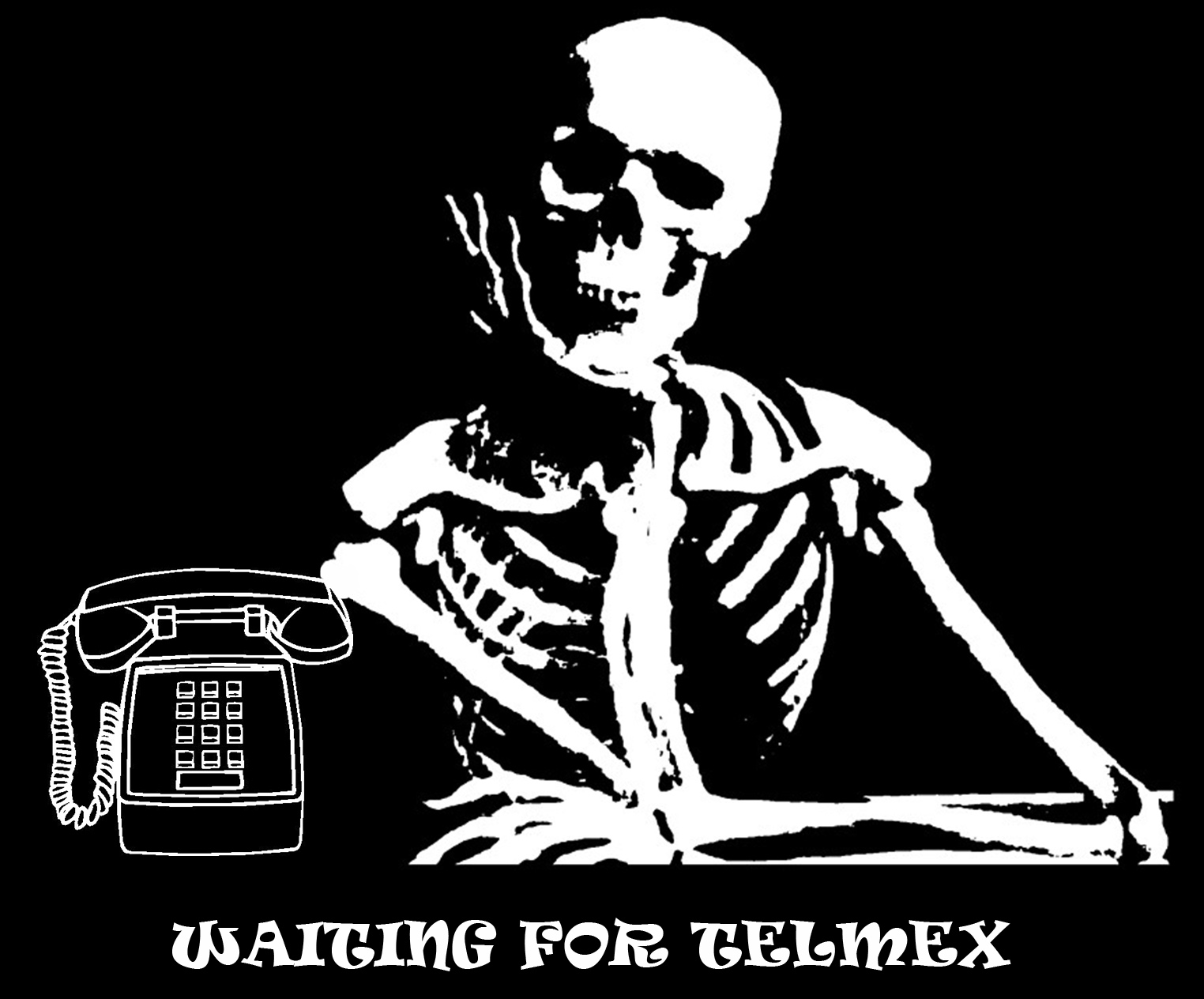 A situation like this gives you just what everybody needs in these modern times: a breath of peace and quiet and an opportunity to reflect …

I am taken back in time to 1970, back to a place north of the border where I am trying to phone my future wife when she was a university student in Querétaro. I dial the number and wait, not for my fiancée to answer, but the operator (clarification for millennials: a human being who used to facilitate international calls manually).

There is no answer, so I dial again – and again – but the operator never picks up.

“The problem is, you were calling at night,” my fiancée explains later. “In Querétaro the operator is infamous for falling asleep on the job. Nobody can make or receive international calls after 10 p.m. After all, even telephone operators need their beauty sleep.”

Now that I’m thinking about Mexican telephones, I find myself in Guadalajara in 1990, trying to help a friend start a business here – and of course we’ll need a telephone.

“Telephones are in short supply in this city,” I am told. “Each line will cost you hundreds of dollars in fees and mordidas (bribes) and, make no mistake, we are not talking about deposits. You never get that money back. And, of course, all this merely gets you on a waiting list, where you might stay for years.”

To make matters worse, my informant goes on: “Oh, by the way, just one phone line will never do for a business. At my company we have four lines and I really need every one of them because, almost always, three are on the fritz.”

Fortunately, the cost of installing a phone line in my home was something I never had to worry about for many, many years in my little community of Pinar de la Venta, because telephone service was simply not available. Nor was television, for that matter, not even with an antenna almost as long as a house – and in those days the internet was a curiosity used by oddball university professors to locate obscure research papers gathering dust in some faraway library.

If, in those days, I really had to make a phone call, there was a procedure by which I could accomplish that. Step number one was to get into my car and drive down the highway to the nearby and far more affluent community of Rancho Contento. Here I would have to convince the guards that I was truly in dire straits and needed to use their public telephone, which was, unfortunately, located several kilometers deep inside the compound. If successful, I would drive to the telephone booth, crossing my fingers in the hope that today the phone was working, insert a coin, and again cross my fingers hoping that the Guadalajara operator was still awake. Those were the days!

All this brings me to the sad story of “The Exasperating Phone Call to Japan,” which took place in 1993.

My wife and I had been charged by a university in Osaka, Japan, with the care of 12 Japanese girls who spent a month in Guadalajara, living with host families. At the end of the program, the director, Tom Pendergast, flew here for the final goodbye party, where copious tears were shed by the girls and their hosts alike.

Although the girls had a wonderful time, the newspaper headlines were suddenly announcing the shocking news that Guadalajara’s archbishop  had been shot to death in the parking lot of the airport.

“I need to make a phone call to Japan,” Tom told me. “I have to assure the parents that their girls are alright.”

“No problem,” I replied. “I’ll take you straight to Telmex in Guadalajara.”

We walked up to the Telmex building and were told inside that they no longer had booths for long-distance calling. “Just use one of our ultra-modern pay phones outside,” a smiling señorita explained.

“No problem,” I repeated to Tom. “I brought along a bagful of change. And look, there are actually ten phones all lined up and waiting for us.” However, as luck would have it, some minion of Carlos Slim’s had forgotten to empty those phones of the monedas which had accumulated during the day and it was impossible to insert the many coins needed for calling Japan.

“No problem,” I grinned. “We’ll just stop at good old Rancho Contento on our way to Rancho Pint. That phone always works.”

Fatal words. It was pitch dark and quite late by the time we reached Rancho Contento. One flickering street lamp lit up the desolate parking lot where the pay phone – our last hope – awaited us in dreadful silence. We opened the door of the booth and beheld a hastily scrawled sign: No Sirve.

Tom now looked worried indeed, but, fortunately, I had an English student in Rancho Contento and, even though it was now 9 p.m., I decided to go knock on her door. Well, it opened and there was Conchita in curlers, never expecting to see her English teacher standing on her doorstep at that hour. I think Tom’s ashen face convinced her this was really an emergency. At last, he was able to contact Osaka and assure the worried parents that their girls were perfectly safe, in spite of the dreadful headlines, which, 26 years later, don’t look much different.

This week, suddenly the phone rings – for the first time in three weeks – breaking my reverie. It is an automated call from Telmex telling me,“Push 1 if your internet service has been restored.” My internet service? Unfortunately, there is no option to “Push 2 if Telmex has got it wrong again,” so I push 1 and sigh …

There is a happy ending, of sorts, to this story. We actually got Telmex to rescind their monthly service charge, since we had had no service at all for most of it. “The trick,” says Susy Pint, “is to carefully write down the número de reporte Telmex gives you, as well as the date and hour, each time you call them complaining (again and again) about your dead telephone. Once service is restored, you then go to the nearest Telmex office and personally present this information to the manager, reminding him or her that they are not supposed to charge you for service you didn’t get. That’s what I did, and they treated me very nicely.”