El Sauz de Cajigal is a pueblito – population 120 – located 100 kilometers east of Guadalajara. Never heard of it? I can’t blame you, because I couldn’t find mention of it on any map I consulted. 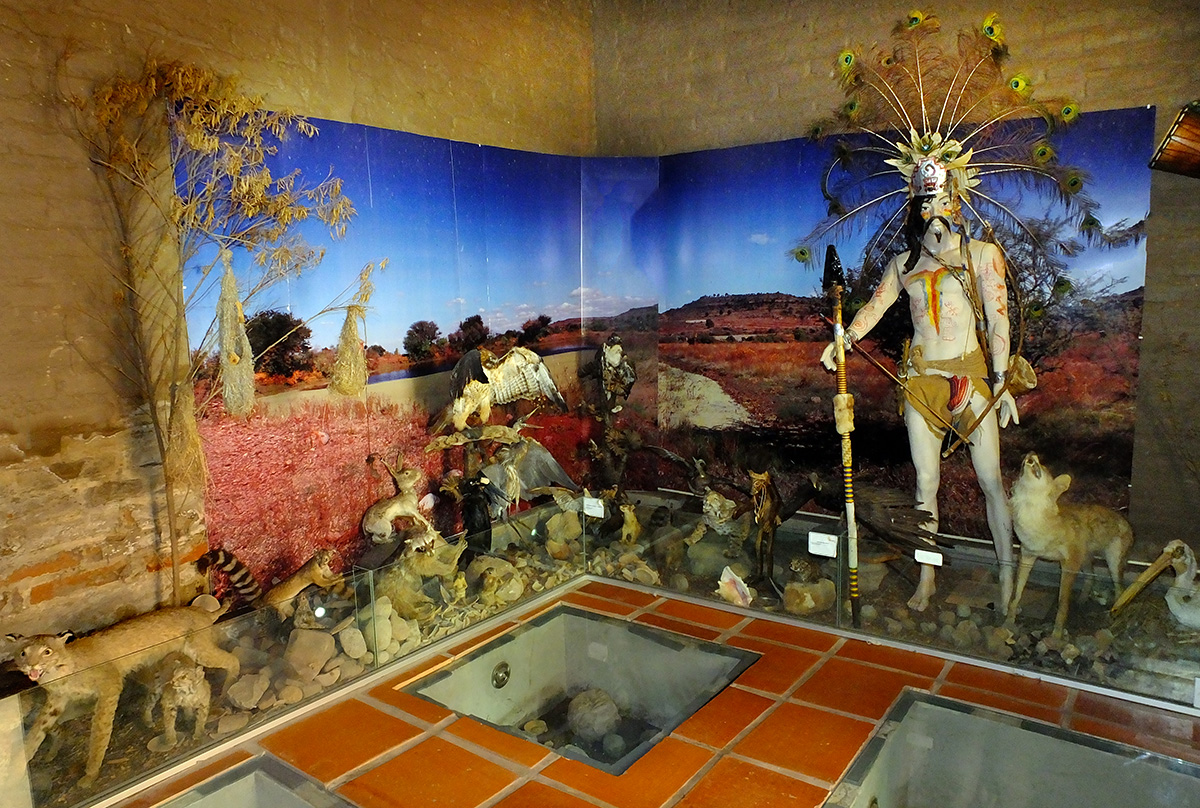 Nevertheless, archaeologist Rodrigo Esparza told me that around 400 years ago El Sauz was a landmark anyone traveling between Guadalajara and Mexico City would have known all about.

The archaeologist drove me to El Sauz de Cajigal early one morning last week, insisting I had to visit a museum located in this out-of-the-way corner of Jalisco and meet the museum’s colorful founder and director, Francisco “Pancho” Navarro.

Let me mention here that while the “town” of Sauz is not on the map, Museo Sauz de Cajigal (MUSAC) is, and Google maps can bring you here easily, following paved roads all the way.

As we drove, Rodrigo told me that Pancho Navarro is “an explorer, a collector and a treasure hunter,” who, over many years, has managed to rescue countless artifacts that would otherwise have been spirited away to other countries.

“They range in age from very old pieces from 500 BC, found in shaft tombs, to artifacts from colonial times,” Rodrigo said. “I helped him identify many of these items when they were officially registered and I got to know him.”

We arrived in El Sauz de Cajigal, in front of a very old looking building where Navarro was waiting for us. Pancho was jovial man with sparkling eyes and a black beard and mustache.

“Welcome to El Sauz!” he said. “Before we go into the museum, let me show you the progress I’ve made in restoring the old hacienda building.” 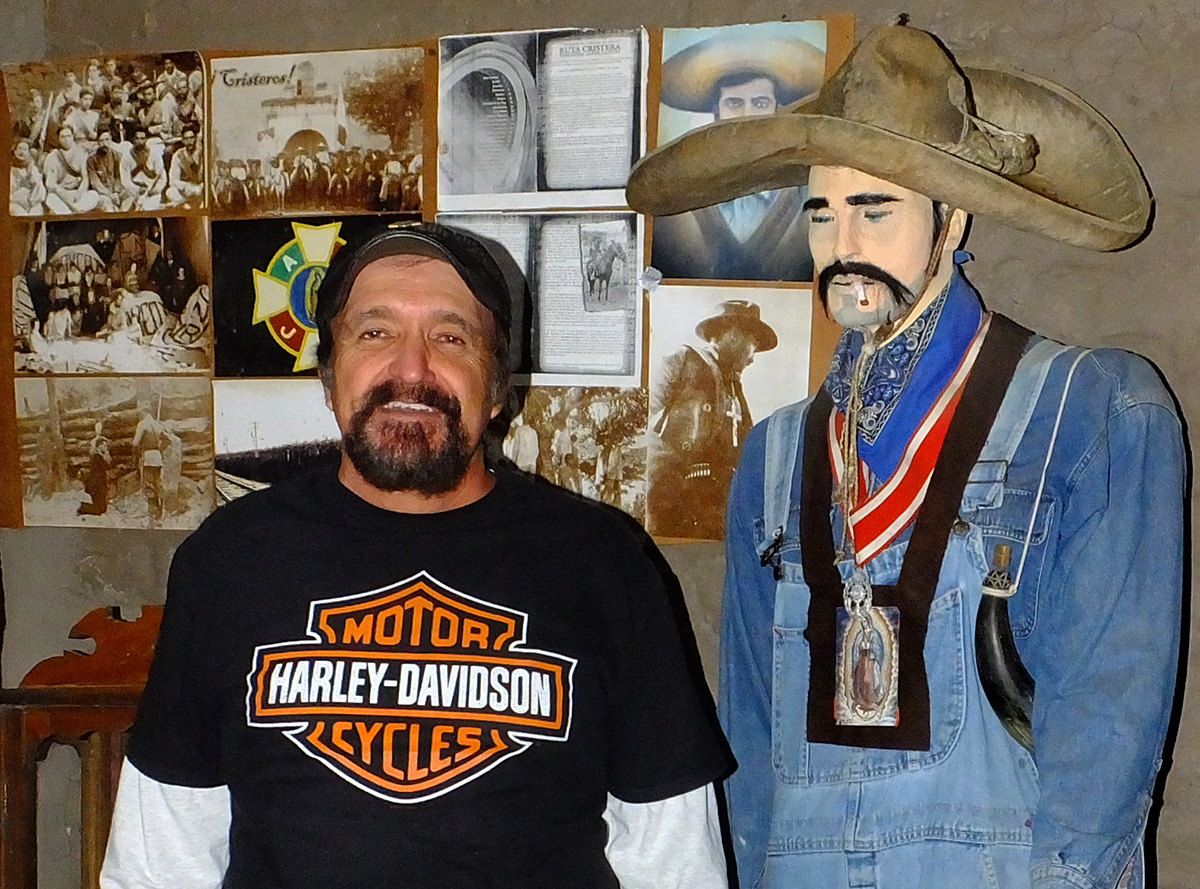 We walked across the street and passed a wall with three large crosses set into it.

“What happened here?” I asked Pancho.

“Back in 1924 there was a girl living here named Juanita. She was only 14 years old, but so pretty that there were already two local boys in love with her. They were bitter rivals, and at a dance, one of the novios killed the other – and the other’s father, to boot. Well, the following day the killer was shot by a relative of the deceased. Then, Juanita went off to Mexico City and married someone else, but, in spite of that fact, a legend persists here that her spirit still walks this street at night, mourning her two pretendientes.”

The Casco de Hacienda (the main house of the hacienda)  turned out to be a big and old adobe building which served as a rest stop for people traveling by stagecoach between Guadalajara and Mexico City in the 1650s.

“The Camino Nacional ran right by here,” Pancho told me. “Stagecoaches pulled by 12 mules provided daily transportation. This was the fourth post on the way to the capital.”

On the second floor of the building, I noticed two funnel-shaped holes in the wall.

“Rifle holes,” Pancho informed me. Travel – as well as courtship – must have been quite an adventure back in 1650!

We then stepped across the street and entered the museum, which is housed in another old adobe building next to the local church. 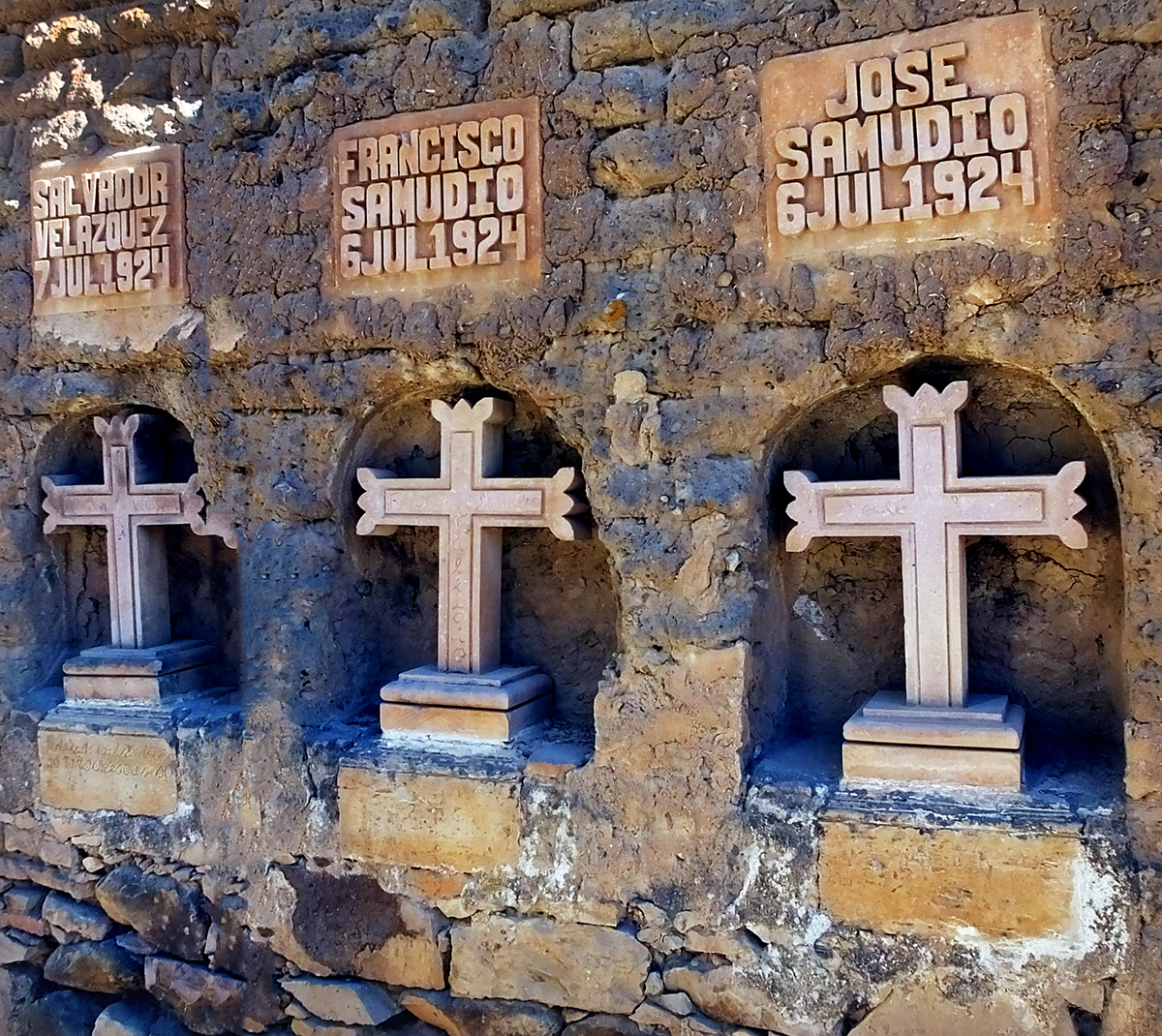 “This used to be a residence for priests in 1861,” Pancho told me, “but it was abandoned for years. I offered to fix the place up and they kindly told me I could house my museum here for the next 99 years.”

We stepped inside MUSAC and I could immediately see why Pancho had told me you’d need three hours just to have a look around. The place is filled not only with artifacts such as figurines, obsidian blades and pottery, but also faded photographs and posters, phonographs and typewriters, stuffed animals, life-size human figures and all sorts of items related to the Cristeros war ... and, of course, every one of those items has a story.

“Here in the museum, I have about 12,500 items,” Pancho told me. “but I have a whole lot more at home, in fact enough to fill six more museums like this one.”

“Don Pancho,” I asked, “whatever inspired you to become such a formidable collector?”

“I was ten years old when I began this collection. As children, we used to sow corn and beans, but we never wore shoes and one day we cut our feet on some obsidian arrowheads and that’s exactly where my collection began. In this museum I have about 7,500 archaeological items on exhibit, but also many things related to country living and to the period of the Cristeros. People have come to visit this place from everywhere: from Australia to Scotland. The other day 16 French speakers arrived here by bicycle, all the way from Canada and the whole bunch of them slept here overnight too.”

If you’re now interested in visiting this curious museum, note that Don Pancho not only speaks English well, he also sings in English.

“Credence Clearwater Revival songs are my specialty,” he told me. “I would be happy to sing a few for any of your readers.”

The museum can be visited just about any time, but you need to call Francisco Navarro’s assistant, Arturo Garcia at (01-348) 102-1110 in advance to let him know what day and what time you are coming. There is no entrance fee, but you might want to make a donation to aid this one-man effort, which gets no financial assistance from local or national sources. To get to the place, just ask Google Maps to take you to “Museo Sauz de Cajigal.”  Driving time is about two hours, either from Guadalajara or Chapala.