You’d be surprised how many talented techies have resisted the lure of the big city. Having lived in the countryside for over 30 years, I’ve had a chance to evaluate the skills of all sorts of pros, from carpenters and doctors to window makers, and I have seen some surprising results. 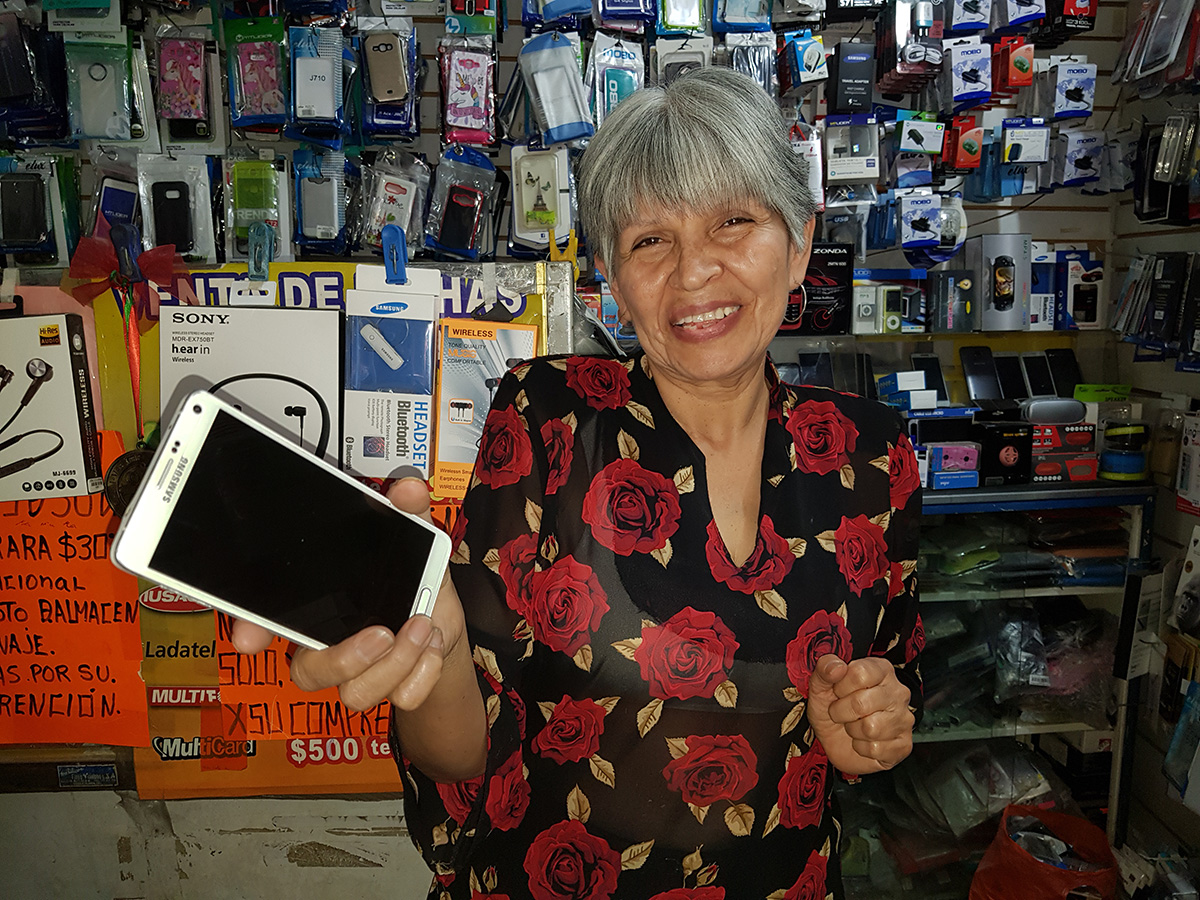 If your latest model smartphone needs major work, would you head for the pueblito of La Venta del Astillero, outside of Guadalajara? I definitely would ... and did.

I managed to acquire a very high-end Samsung cell phone which had been badly crushed. Amazingly, it still worked fine, but the battery had been damaged, was bloated, and was literally swelling more and more as every day passed, threatening to burst. On top of that, it wouldn’t hold a charge for more than three hours. So I phoned Samsung Mexico and asked how much a new battery would cost.

OK, I understood that included installation by an expert but were they going to fly the guy in from South Korea?

Naturally, I went straight to Google, and found I could buy a genuine Samsung S8+ battery in the United States for only $US17 and in Mexico for around 650 pesos. However, that battery comes with an installation kit and a long list of instructions.

So Samsung’s high charge must be for the expertise of their technician. Could my techie, Chelo the Cell Phone Lady, do just as good a job in her little shop in La Venta? Over the last year she had managed to solve every smartphone challenge I had presented to her. 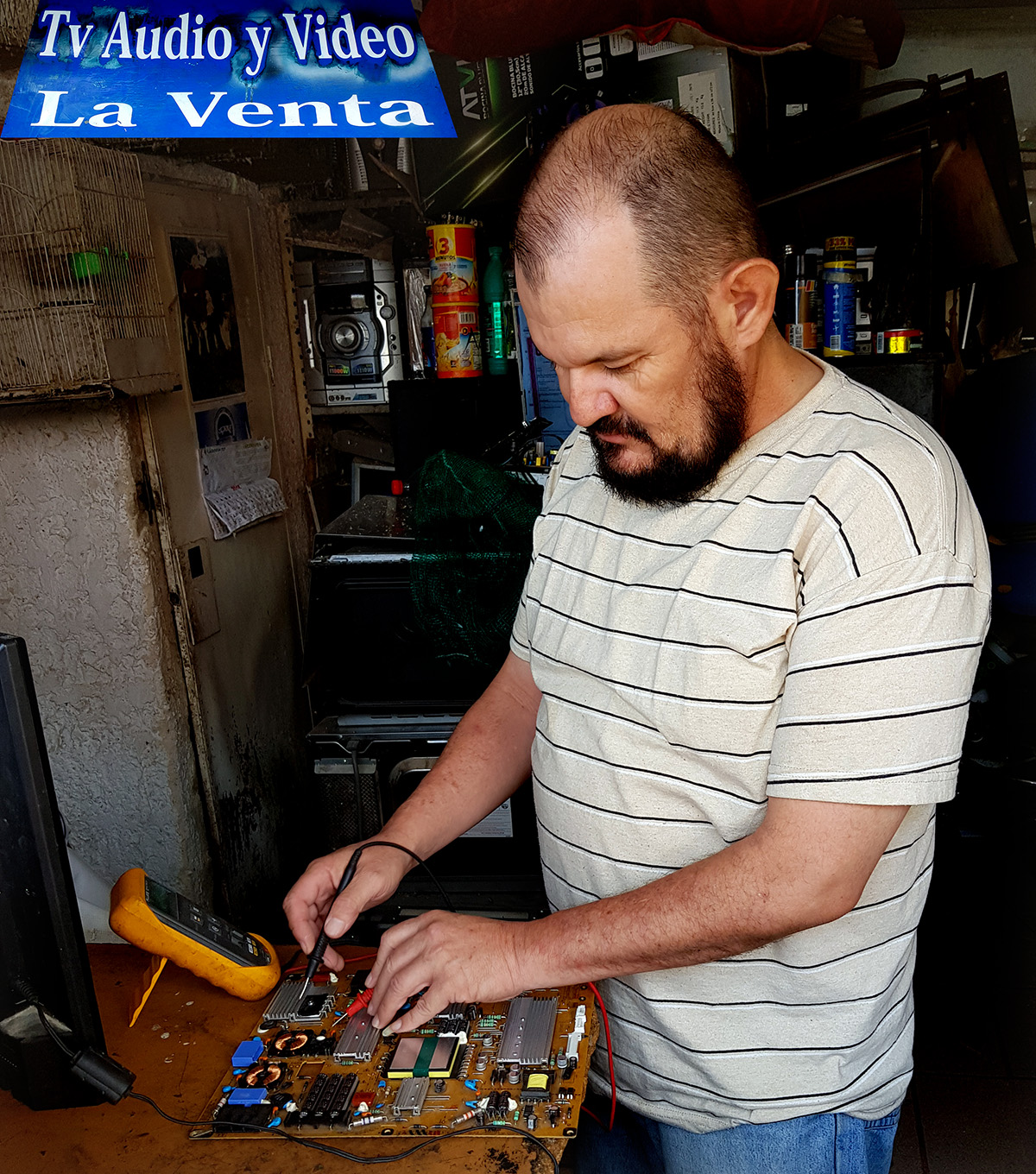 “I can install a new Samsung battery in that phone of yours for 900 pesos,” she told me. Of course, that price included not only the battery, but her trip downtown to find it, as well.

The day after she did the installation, I went to pick up my repaired phone. “That was some job,” Chelo told me. “I spent half the night picking broken shards out of your phone with tweezers – wearing protective goggles, of course.”

I am happy to report that my rejuvenated phone is now as slim as it is supposed to be, works perfectly and has been doing fine for months.

Mexico has a certain reputation among foreigners for cheap dentists who do awful work, but my dentist in La Venta has done a consistently first-class job for 20 years, not only performing extractions and root canals, but ingeniously fixing broken bridges and dentures which, I suspect, a first-world dentist would have tossed into the trash can. Of course, Pepe the Dentist’s little consultorio is located in La Venta del Astillero and every time I have had an emergency over the weekend, he has always told me the same thing: “Come on over, John, let me have a look.”

I’ve had similar experiences with the local family doctor, the local builder and installer of aluminum window frames, and when it comes to electronics, I can’t count how many dead or dying amplifiers, TVs and DVD players have been given a new lease on life in a certain shop in La Venta that I find more often closed than open.

That last comment is an example of the downside of techies in small towns. On top of unpredictable hours, there is the problem of picking out the good plumbers, mechanics, etc. from the bad eggs. Every small town has jacks-of-all-trade who falsely claim to be electricians and carpenters, but I think the traditional Mexican approach to finding tradespeople works very well: Don’t go to the newspaper, internet or telephone book (I guess that one is gone for good!), but phone up a relative or friend and ask for a personal recommendation. Had I done that when I first moved here, I wouldn’t have dressers with drawers that fall out right onto your toe every time you open them. As we have all discovered, everybody knows everybody in Mexico, so it’s not all that hard to find somebody who will help you.