FedEx Mexico has awarded its 2019 Small-Business Grant to graduates of Guadalajara’s ITESO University. 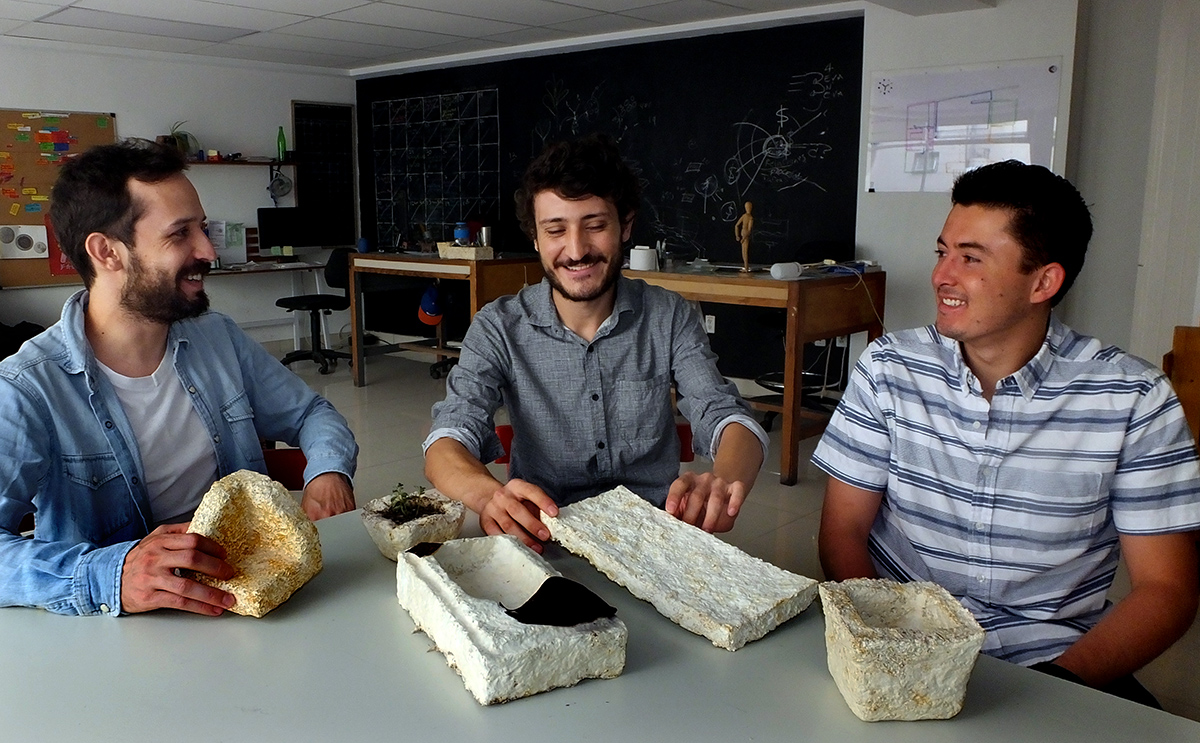 “Our substitute is based on a process with no carbon footprint,” said a representative of the PAPEL team. “On top of that, it’s 100-percent biodegradable and useful as compost. We hope it will become an ecological alternative to Styrofoam for packaging, and help reduce global warming.”

FedEx hopes the prize will help PAPEL move forward toward production and eventually reduce the amount of highly toxic polystyrene foam used as packaging material in Mexico – over 32,000 tons per year, according to the UNAM Foundation.

To learn more about the company that is producing this ecological substitute, I contacted PAPEL and asked if I could pay them a visit. They kindly invited me to their facilities, which are located at the west end of Guadalajara, just off the Periférico (beltway).

Upon arrival, I found myself at the door of a company called Radial, not PAPEL. When the door opened, I was warmly welcomed by Ricardo Muttio, Amador Duarte and Rodrigo Martín, who said that they were long-time members of the PAPEL Idea Lab and had turned one of those ideas into a small company called Radial Biomateriales.

Explained Martín: “Even though most of us are into design and architecture, our projects at PAPEL have always been environmentally friendly, such as rainwater catchment and composting. One of those projects revolved around growing mushrooms at home.”

He continued: “After working with these little mushroom farms for a while, we discovered that changes had occurred at the bottoms of the flowerpots in which we had been growing the mushrooms. Everything that was left in there had solidified into a resilient mass, which had taken on the shape of the inside of the pot as if it had come out of a mold. As architects and designers, we found this very interesting and we decided to focus on biomaterials.” 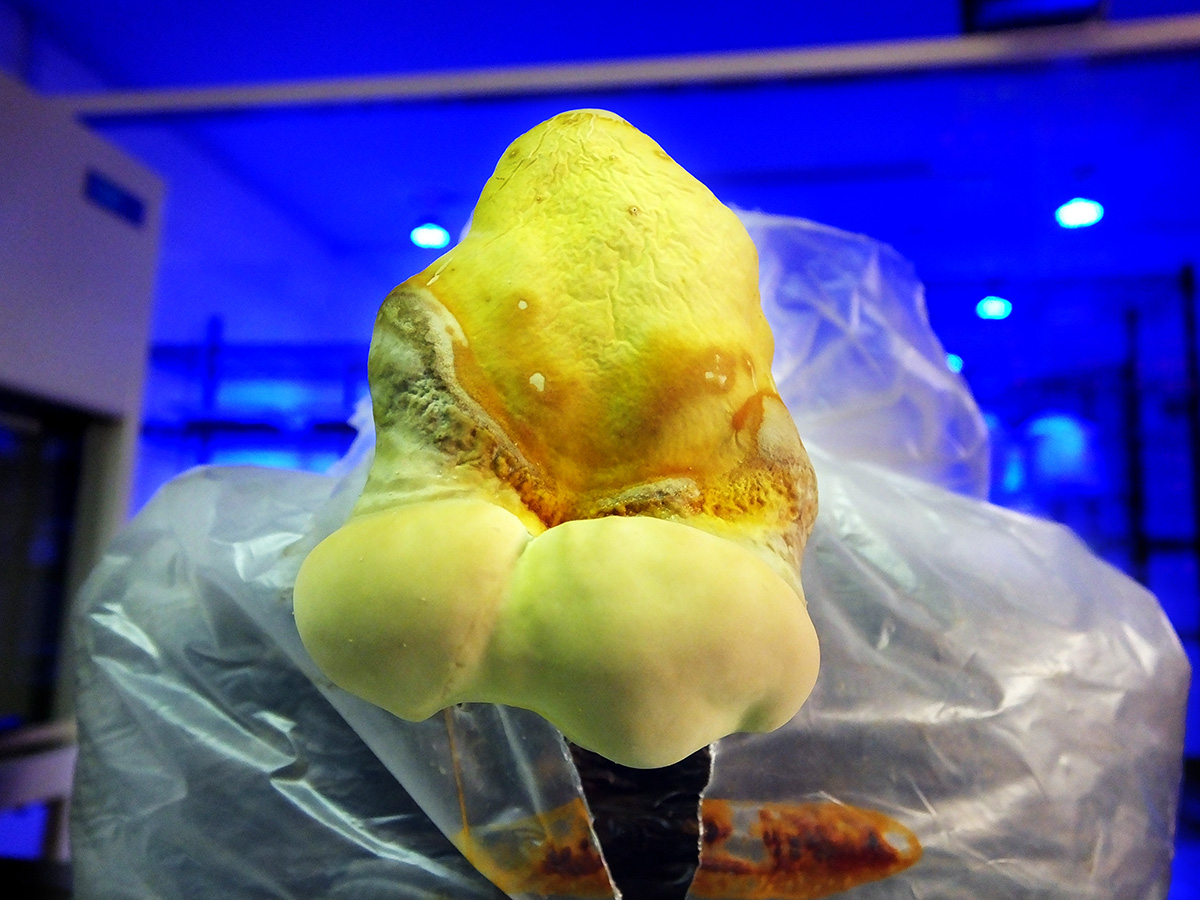 The team found that two big companies in the United States had been making things out of fungus-based biomaterials for ten years.

“That encouraged us,” said Martín, “but I should mention that we are not only interested in making biomaterial to substitute for Styrofoam, but we’re also working on mushroom-based substitutes for wood and for leather.

“To us it looks like the world has passed through stages as far as building material goes. We had the Stone Age, the Iron Age, the Plastic Age and now we are entering the era of biomanufacturing. Instead of big factories using up great quantities of oil, of energy, we are creating a paradigm of using living organisms to do the job for us.

“We are doing it with mushrooms, but other people are using algae, bacteria, yeasts, collagen. They’re even producing lab-grown hamburger meat and skin substitutes. Biotechnology is going in this direction and we decided to start a Mexican company here in Guadalajara to make these things.”

The researchers showed me several kinds of packaging materials with different textures, including one that was soft and fuzzy to the touch, a natural characteristic of the mushroom that was used. Their wood substitute, instead, was hard but also lightweight. 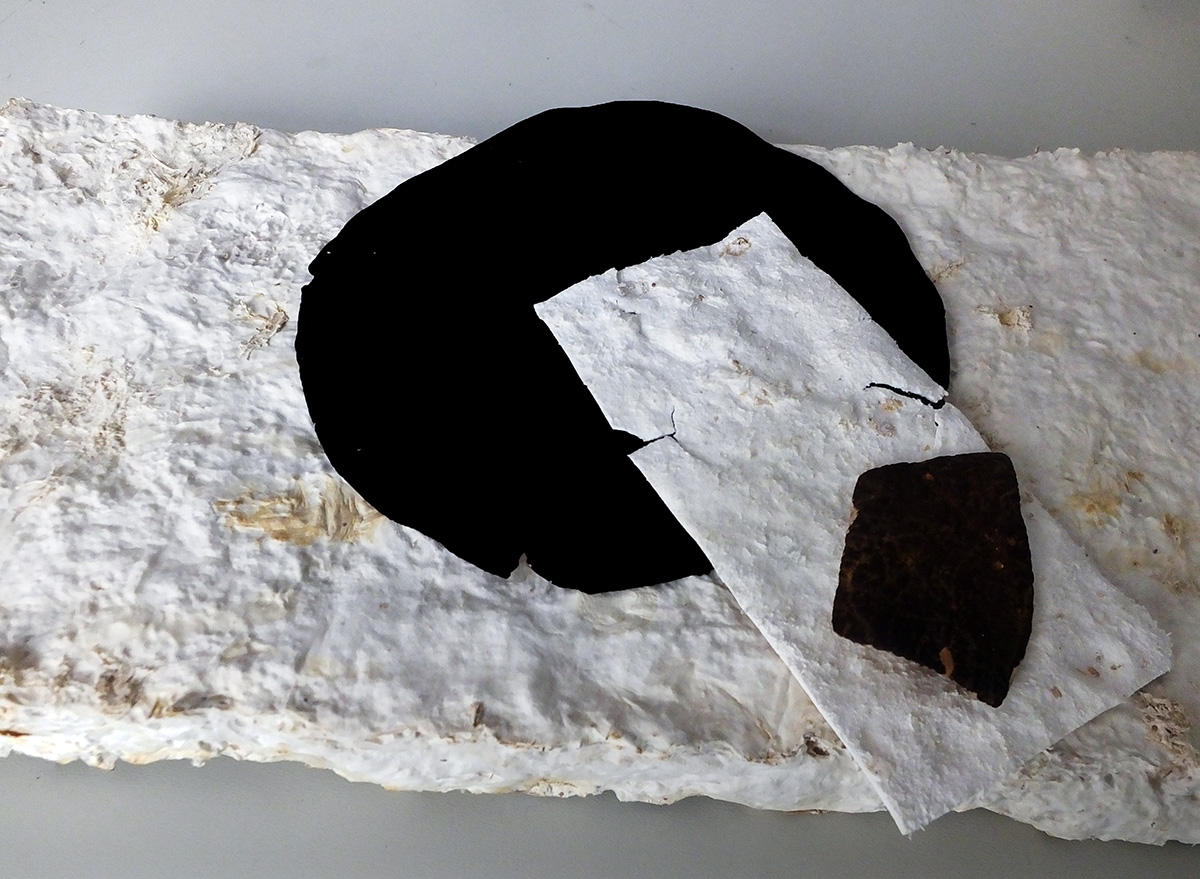 “It’s based on sawdust and you can work it just like wood,” Martín told me.

What surprised me was their “mushroom leather.” It was tough, flexible and soft. “You can dye it or stamp a form into it … and it’s almost entirely mushroom. Instead of feeding a cow for two years, you can grow your leather in 20 days.”

“OK,” I asked my hosts. “How does all this work? What is the mushroom doing?”

“It’s all in the roots,” Duarte replied. “The mushroom is just the fruit of something growing underground. That something is called mycelium, which looks like a network of roots and it’s this mycelium which solidifies the material. We take farm or industrial residue like straw, sawdust, corn husks or agave bagasse, grind it up and let the mycelium turn it into a solid mass. So we are using biology to transform waste at a far lower cost than making things out of petroleum. This means a smaller energy footprint and a biodegradable product. You unpack your new fridge, break up the packaging material with your own hands and throw it into your garden or sprinkle it into your flowerpots and it turns straight into excellent compost.”

The founders of Radial began their research as students of design, business management and architecture,

Said Duarte: “We arrived at ITESO with no interest in biology and chemistry and now, all of a sudden, here we are wearing lab aprons and face masks, bent over trays of fungi, behaving like biologists and botanists.”