Technovation is the world’s largest program aimed at introducing girls aged 10 to 18 to technology entrepreneurship. Promoted by the global non-profit organization Iridescent, it is supported by well-known companies such as Google, Oracle, Adobe, Uber and Samsung, and is endorsed by the likes of UNESCO and even the U.S. Peace Corps. 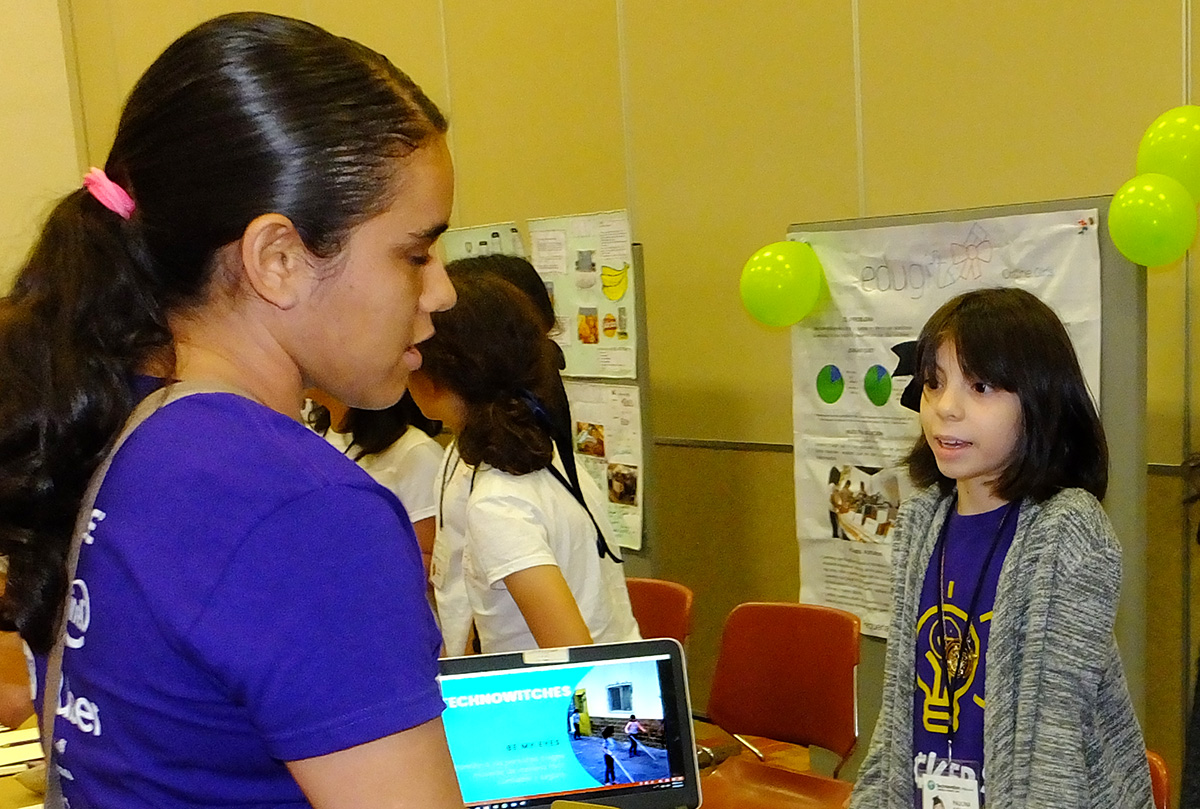 Last year, 20,000 girls from 115 countries took part in the Technovation Challenge. The Mexican finals took place last week at the Monterrey Tec University in Zapopan and I was there to see what it was all about.

The room in which 12 teams of girls were demonstrating their creations was bustling with activity. By now I knew that each of these teams has created an app, a program that works on a smartphone. Although I am one of the world’s most reluctant users of smartphones, I am always open to learning something new, so I picked a stand at random and walked right up to the five girls standing there.

“We’re all from the state of Guanajuato and we’ve developed an app called Oratio, which means ‘speech’ in Latin,” said Oriana Hernández. “This app makes it possible for you to communicate with someone who is deaf, but knows Mexican sign language. So, you could use it to say hello to a deaf person or ask a question. And our app also has a very nice teaching component so you can actually use it to learn how to sign.”

Another girl, Alma Yunuen, chimed in: “We developed this particular app because we felt people with hearing disabilities are marginalized in our society. Only 12 percent of the deaf ever have a chance of going to school in Mexico.”

Femme Fatale, as the team calls itself, has been working on the project for five months. 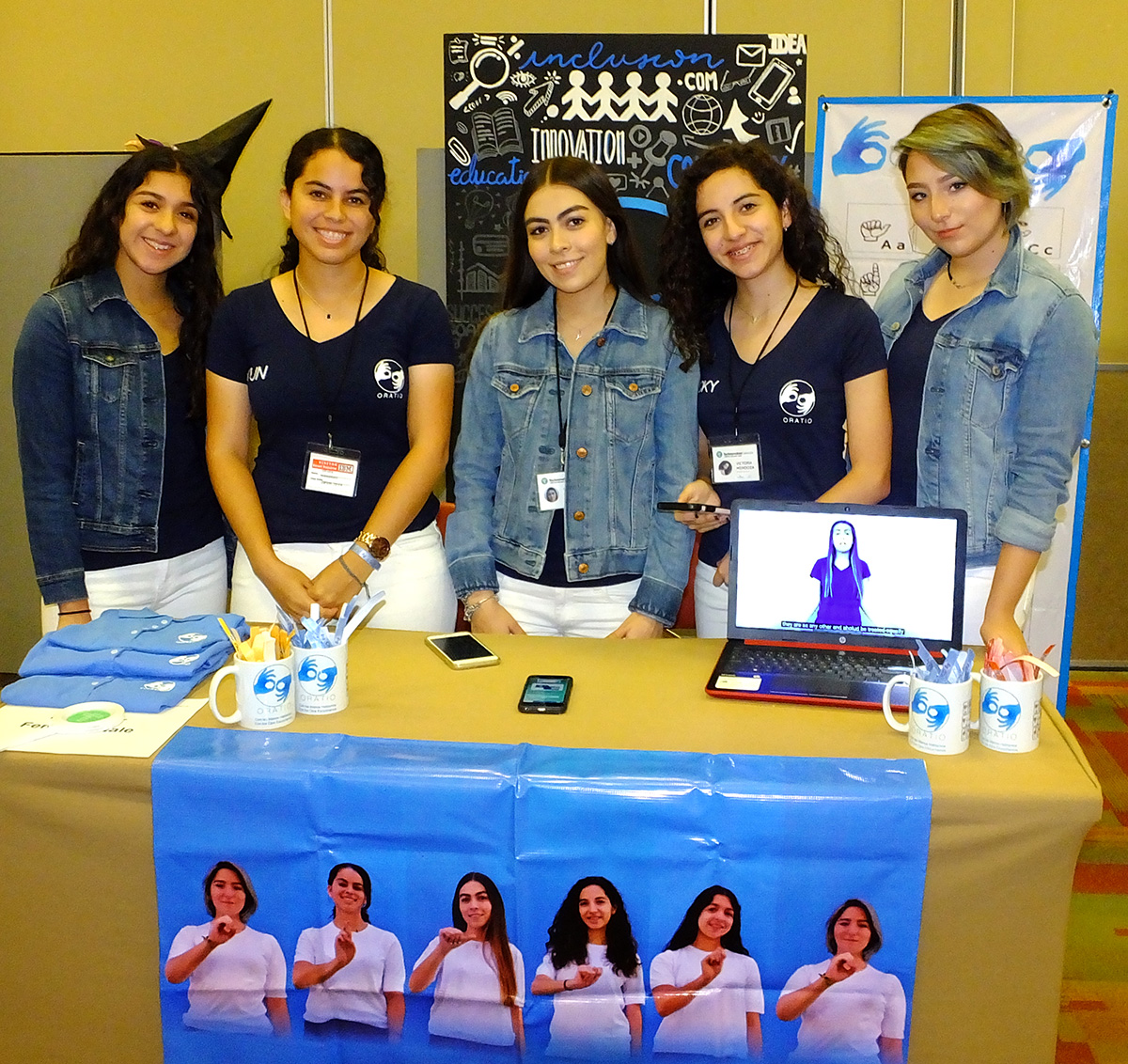 “We knew absolutely nada about programming when we started and now we have our own app,” Hernández said. “And we learned all kinds of other things along the way, such as how to organize ourselves and work as a team.”

All of the teams that made it through to the finals have been assisted from the get-go by volunteers who act as mentors. As I stepped away from the Oratio booth, I literally bumped into one of them – Martha Elena Rodríguez, from San Luís Potosí.

“I really like being a mentor,” she told me. “It’s the second time I’ve done it. This time I’ve been working with girls who developed an app which acts as a job center for the disabled. For me, it was a wonderful experience simply to be with these girls and to watch them grow. You can’t imagine how beautiful it is to see them here today, all self-confident, explaining everything they’ve learned to other people.”

By chance, the next team I encountered is also from San Luis Potosí. There were only two members and they called themselves TechnoWitches.

Sarahí Alonso, who couldn’t be much more than ten years old, told me their app is called Be My Eyes and it helps the blind get around and solve various problems.

“How can they use a phone if they can’t see?” I asked awkwardly.

I quickly got put in my place and learned that their app uses Google Talkback, designed to make it easy for blind people to use a smartphone. Through voice commands, Be My Eyes helps the blind use their phone’s GPS to get where they want to go. The program makes clever use of the camera. For example, if the blind person wants to know what’s across the street, all they have to do is take a picture and listen to an oral description of what’s in the image. 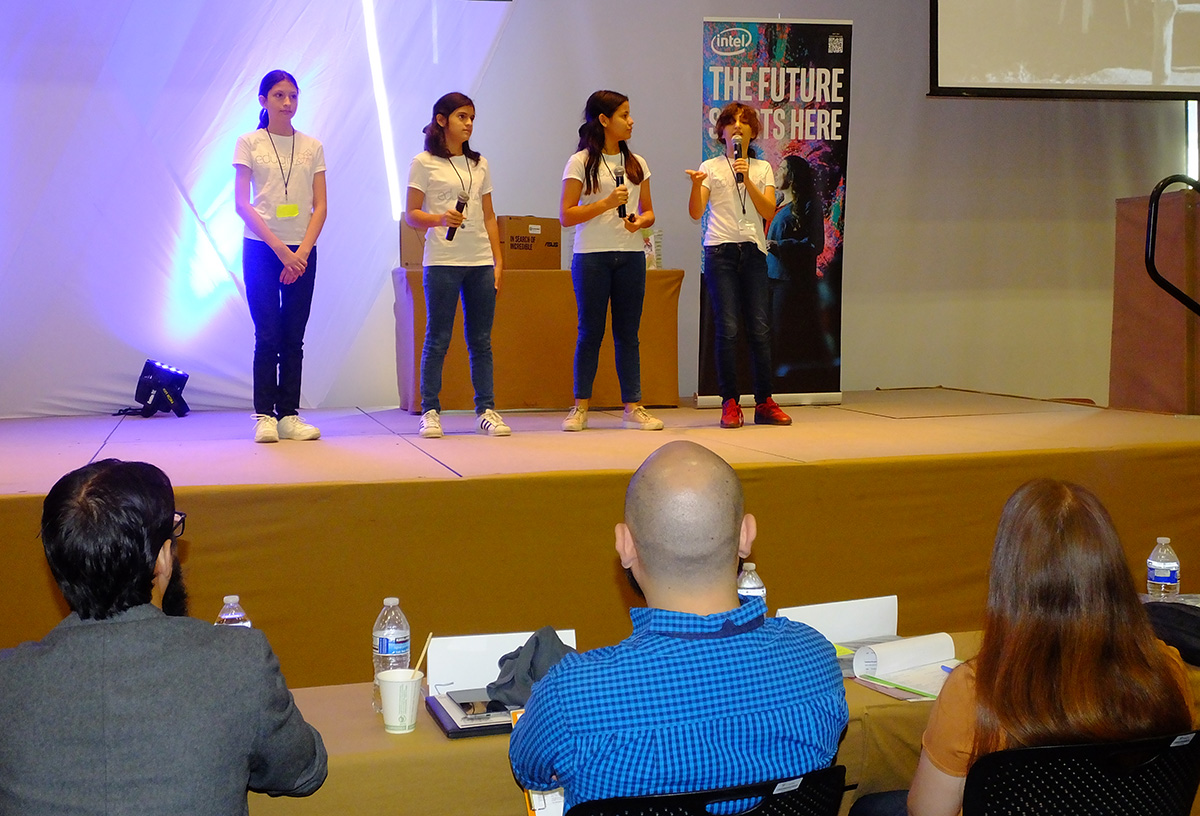 Alonso explained that when she was younger her mother took her to an exhibit called Diálogo en la Oscuridad (Dialogue in the Dark), where people experienced what it is like to be blind. “We had to do a lot of things in total darkness, like go buy something in a pharmacy,” she said.  “By the time it was over, we realized just how difficult it is simply to walk down the street when you are blind. Now I have a chance to help those people.”

After an hour, it was time for the “pitch,” in which the 12 teams would compete for the national prize. With the help of visuals on giant screens, each team of girls had only a few minutes to get up on the stage to tell the audience all about their app and to answer questions from a panel of judges from tech companies such as Oracle and HP.

In the end, the winning team turned out to be Femme Fatale from Guanajuato, the first group I had interviewed.

Their prize, organizer María Makarova told me later, was a trip to San Francisco, the host city of the Technovation World Pitch event. “They will visit the Silicon Valley companies, meet girls from all over the world and spend a whole week in the Bay Area,” she said.