Jalisco’s only abstract art center is located eight kilometers outside Guadalajara in the woodsy community of Pinar de la Venta in Zapopan. El Centro de Investigación-Producción de Arte No Figurativo (CIANF) not only hosts exhibits of abstract paintings, sculptures, weavings, etcetera, but also holds monthly presentations and talks by art connoisseurs. One such connoisseuse is my wife Susy, who fell in love with the outdoor sculptures of the city of Jeddah during the 13 years that we lived in Saudi Arabia.

Although she insists that she knows “muy poco” about the art and architecture of Jeddah, Susy Pint has written numerous articles on this and related subjects, so it is no wonder that the directors of CIANF asked her to do a Powerpoint show on Jeddah’s unique outdoor art gallery.

“This open-air museum was the brainchild of Jeddah’s mayor, Mohammed Said Farsi,” Susy told the audience. “Farsi admired the ancient city of Jeddah (founded in the 6th century BC) and wanted the new city to be just as beautiful and unique in its own right. He was determined to develop it into a city of art, to make it the first city in the world to turn its face against the convention of locking up art in museums and galleries. Instead, he wanted to bring art out into the streets where everyone could see it.”

Susy explained that abstract sculptures were perfect for Farsi’s project because local traditions frown upon or forbid the representation of people and animals. “Over centuries,” she explained, “Muslim artists have channeled their talents toward calligraphy, which developed into a complex, multifaceted and often incredibly beautiful art form or they delved into the development of geometric patterns in architecture, tiling, glass cutting and carpet weaving.”

Susy Pint began by taking her audience for a walk through the old section of Jeddah known as Balad:

“I first set foot in these extremely narrow streets in 1995 and I remember standing there dumbfounded, staring at ancient houses which were three, four and even five stories high, built from great blocks of coral. Their walls were covered with overhanging balconies made of wood, which were carved in such a delicate and intricate way that they looked as if they had been crocheted. They were masterpieces! It was as if, suddenly, we had been transported to another dimension and had become part of a fairy tale taking place hundreds of years in the past and we fully expected to come upon Aladdin and his magic lamp around the next corner.”

The slides which followed showed just a few of hundreds of sculptures which adorn Jeddah’s streets, roundabouts and corniches. “Farsi invited the world’s most famous and talented sculptors to contribute to his project, so if you want to see—first hand—some of the best work of Henry Moore, Ottmar Hollman, Julio Lafuente, Victor Vasarely, Joan Miró or César, you’ll have to get yourself to Jeddah.” 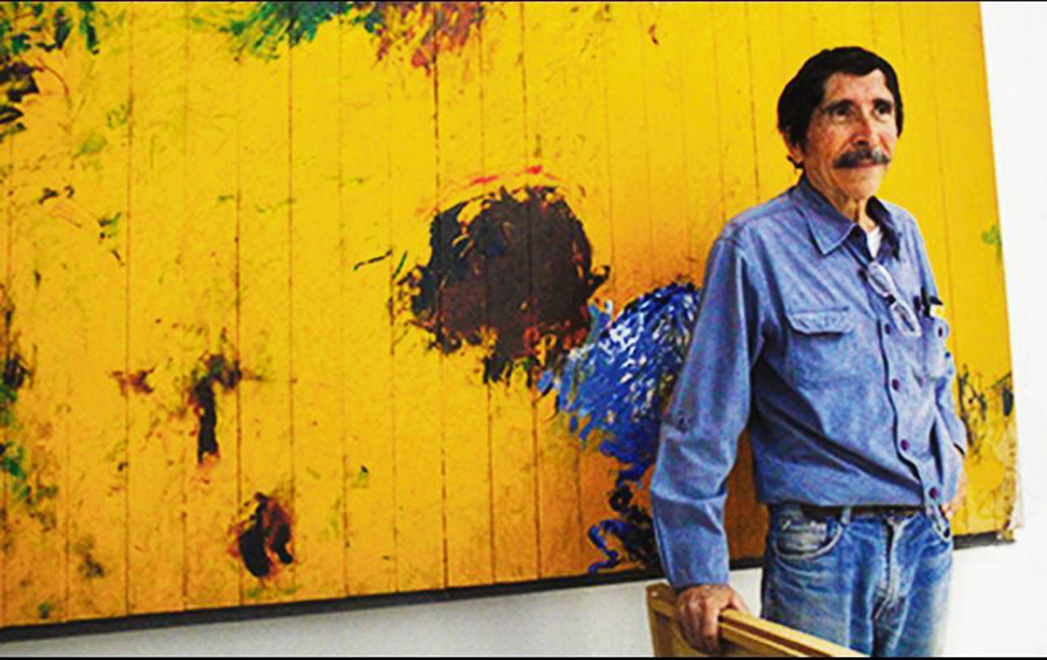 Projects to open Saudi Arabia to tourism, however, are still in their infancy, so you might have to settle for a secondhand look, perhaps by booking Susy for your next event. If you read Spanish, you might be interested in her book “Una Mexicana en Arabia,” published in Guadalajara by Editorial Agata and available from Librerías Gonvill. Its 185 pages are well illustrated by 57 color photos. In them you will find yourself immersed not only in the art and culture of the Arabs, but in the richness and unexpected beauty of the desert, where we spent many a weekend, camped beneath a star-studded sky that reached down to the horizon in every direction.

CIANF, of course, continues to hold exhibits, workshops, courses and conferences in Pinar de la Venta. Upcoming is an exhibit by artists in Oaxaca along with many works of Guadalajara painter Aníbal Delgado, who received the Pollock-Krasner scholarship in 2007. Delgado’s work has appeared in more than 60 shows in Canada, Belgium, Switzerland, the USA and, of course, in many parts of Mexico.

Check the CIANF Facebook page for the dates of upcoming events. When you go to visit the art gallery, call them in advance to let them know you are coming (Cell 333 616 6242).

Take Avenida Vallarta west. Eight kilometers past the Periférico you will see a sign for Pinar de la Venta. Make a U-turn and go into the main entrance of this community, a big square arch. Immediately turn right onto Paseo de las Primaveras and drive about 400 meters to house number 98. In front of the gate you will see a telephone pole clearly marked with a big red 9. Pole nine is an important landmark because house numbers in Pinar are hopelessly jumbled. Driving time from the Periférico: about 15 minutes.