Ask the average Tapatío (Guadalajara native) where you can find rolling hills covered with pine trees and a cozy cabin with a crackling fireplace. Most likely they will tell you to head for Tapalpa. 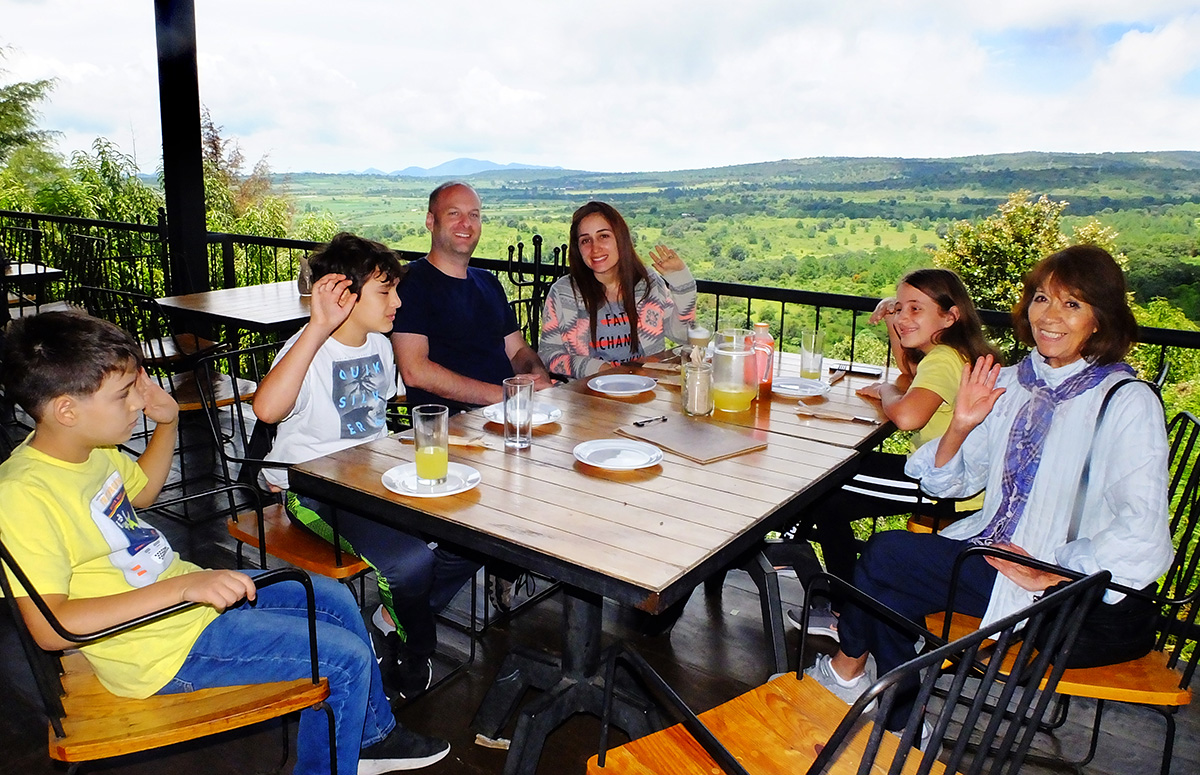 The Sierra de Tapalpa is 30 kilometers in length, all of it covered with tall pines and oaks shading misty, moss-covered trails leading to stupendous lookout points, many of them steep cliffs from which paragliders launch themselves to float high in the sky above the Salt Flats of Sayula. While Tapalpa itself lies at the southern end of this impressive mountain range, the town of Atemajac de Brizuela sits at the other extreme, mostly forgotten ... until recently.

Atemajac is located 61 kilometers southwest of Guadalajara and can be reached in a mere 80 minutes, either from the south side of the metropolitan area, as well as Jocotepec. Its altitude is 2,340 meters above sea level and the town is strategically located for anyone wishing to explore the hidden secrets of the Sierra de Tapalpa.

Realizing this, several entrepreneurs have been building quality hotels and restaurants near Atemajac. Last weekend, my wife and I decided to visit one of them — Hotel Boutique Montecruz.

After a short drive from Guadalajara, we found the unimpressive gate to the hotel only 318 meters from the main highway running all along the Sierra. Inside the grounds, however, we were pleasantly surprised to find ourselves in the middle of beautifully designed and decorated gardens with three plump rabbits – all named Pancho – hopping around the place. 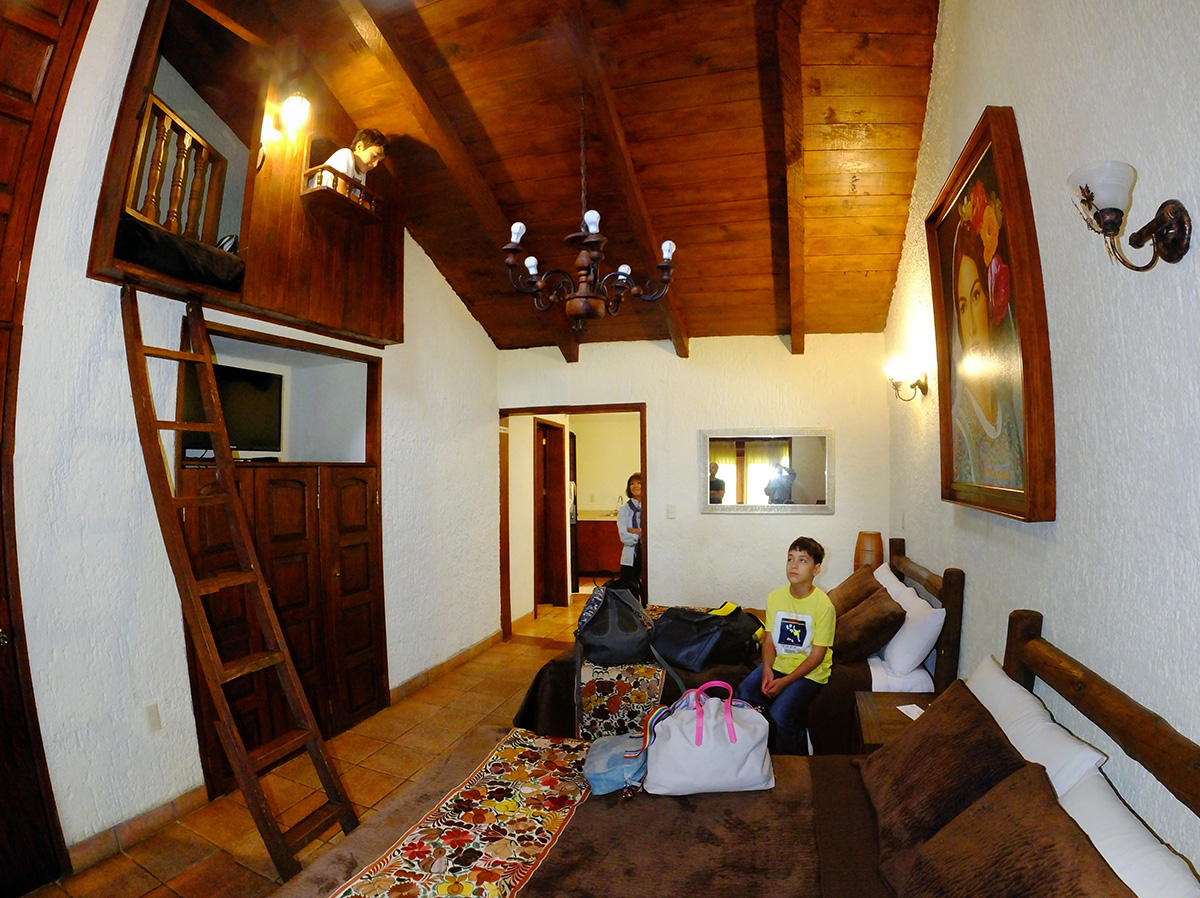 Our room turned out to be equally charming, with a wooden floor and a very high ceiling supported by a massive tree trunk for a beam. From the balcony we had a wonderful overview of what can only be described as botanical gardens, with endless kilometers of forest in the distance, ringed at last by several ranges of mist-shrouded mountains. 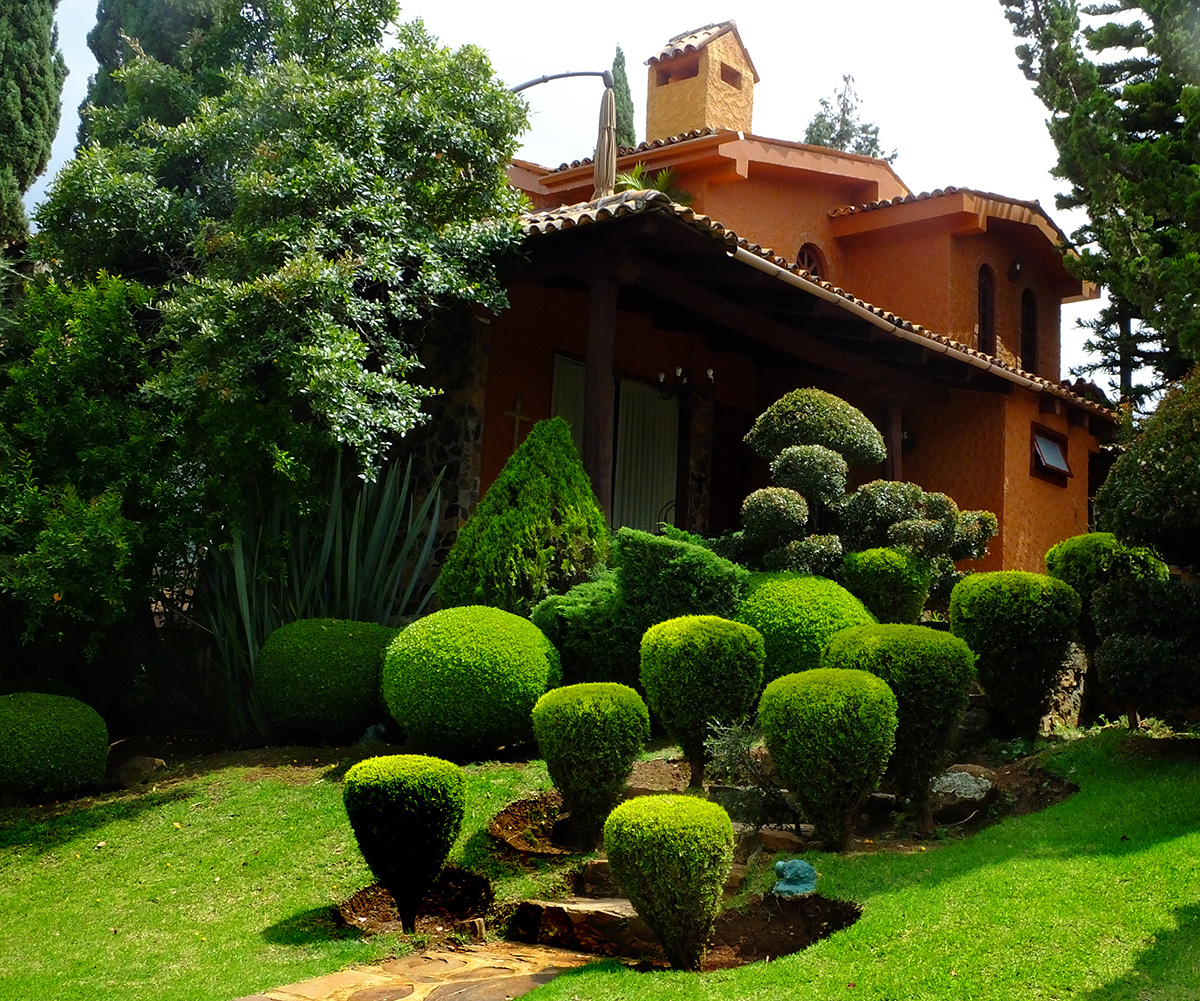 “The grounds and the buildings are gorgeous,” we told the office staff. “Who designed all of this?”

Then and there we were introduced to a young architect named Gerardo Sánchez, who admitted he is almost as in love with botany and landscaping as architecture.

“I grew up in one of these cabins,” Sánchez told us. “I lived here for 16 years and eventually graduated in architecture from the Tec de Monterrey. Then I spent seven years building another cabin here, always using craftsmen from Atemajac. 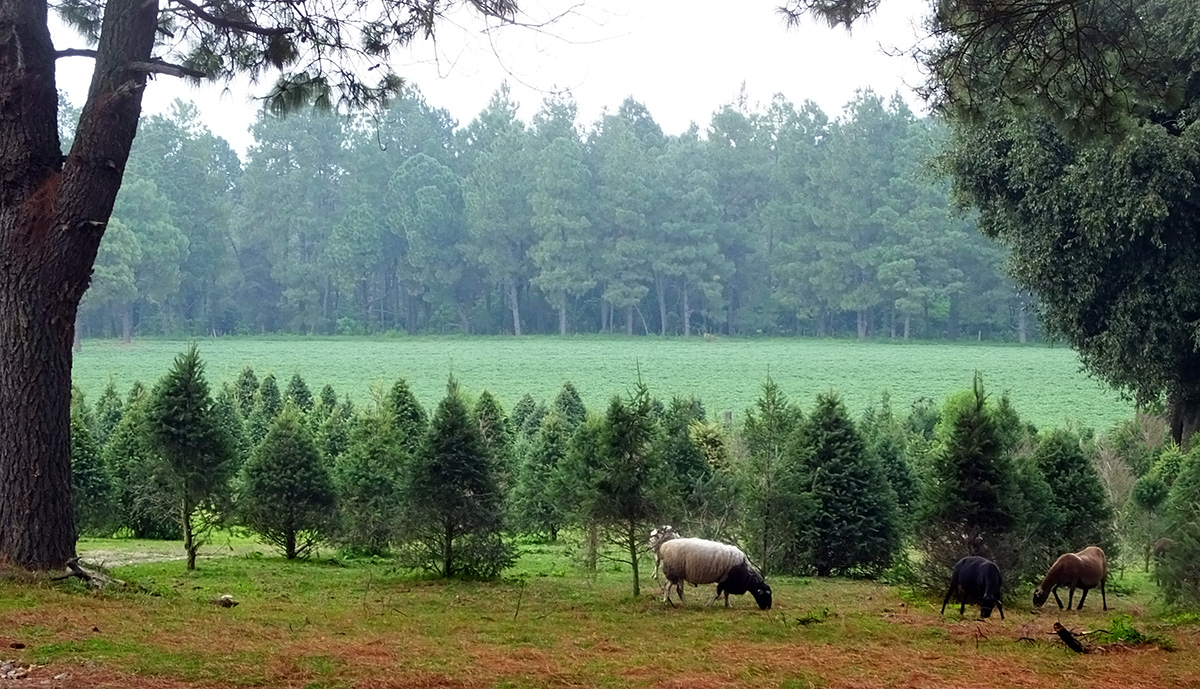 That was quite an education. I had already learned a lot about trees and plants from my father and then as an architect I was fascinated by the surrounding of a building, the landscape, the relationship to the sun and the wind. For me, the outside was just as important as the inside. By the end of those seven years I was at the head of my own construction company and I can’t tell you what a pleasure it was to see a pile of plans and drawings turn into a beautiful house.”

After wandering about every corner of the hotel grounds, we were ready to eat. Again we were in for a pleasant surprise: truly gourmet food at very reasonable prices. Every dish we tried –including several Argentinian specialties – was delicious and so was our breakfast the following morning. Coffee that tasted like real coffee, crispy waffles, perfect eggs! 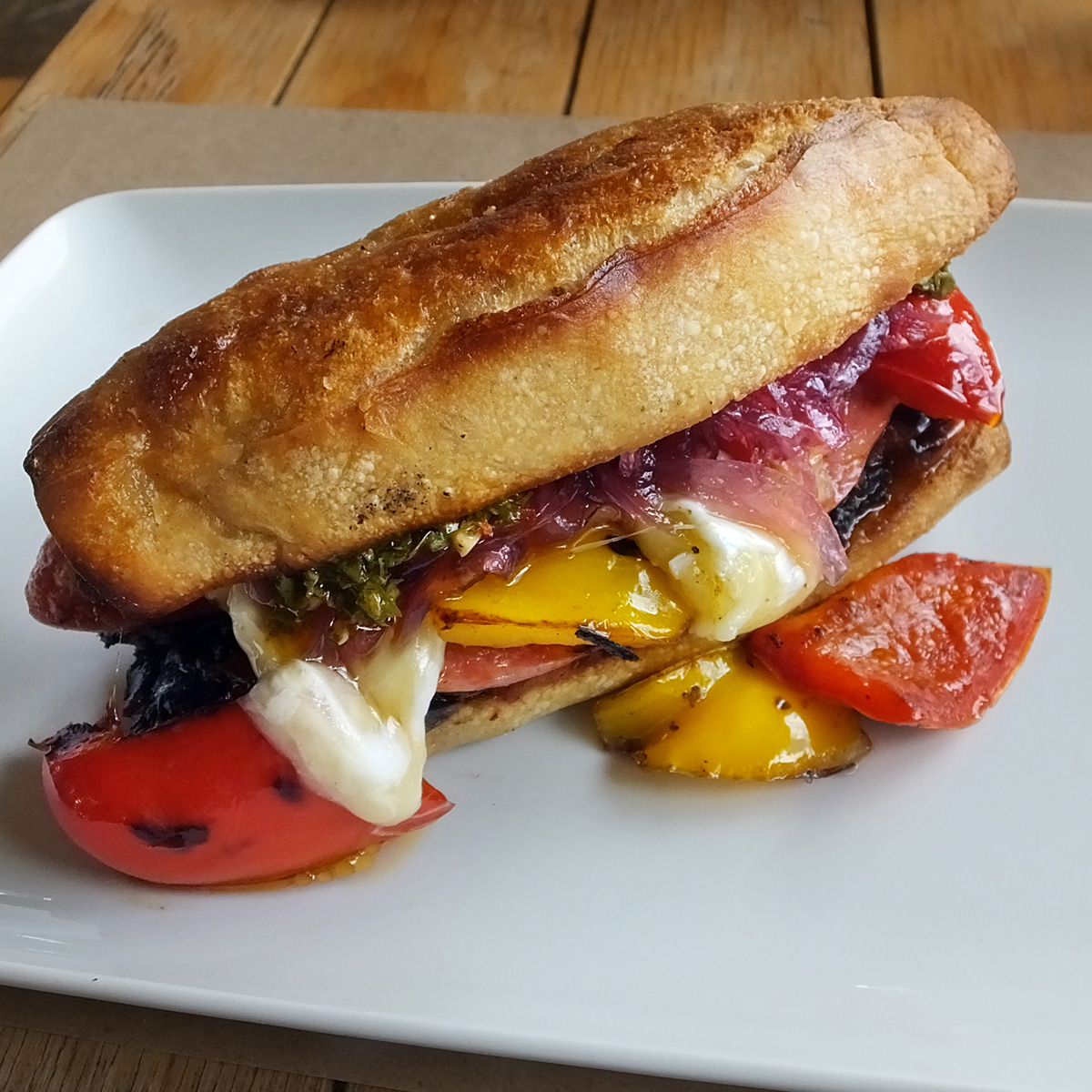 “Actually, our restaurant is even more of a success than the hotel,” commented Sánchez. “People are coming here from all over the place. The word is out.”

There are hot springs, waterfalls and miradores (lookout points) to visit from Atemajac and the hotel has a big Command Jeep – which holds ten people – to take you there. But we quickly found out that the roads leading to these places are so bad during the rainy season that not even a Jeep can get through. That’s a good argument for visiting the Montecruz between October and May. 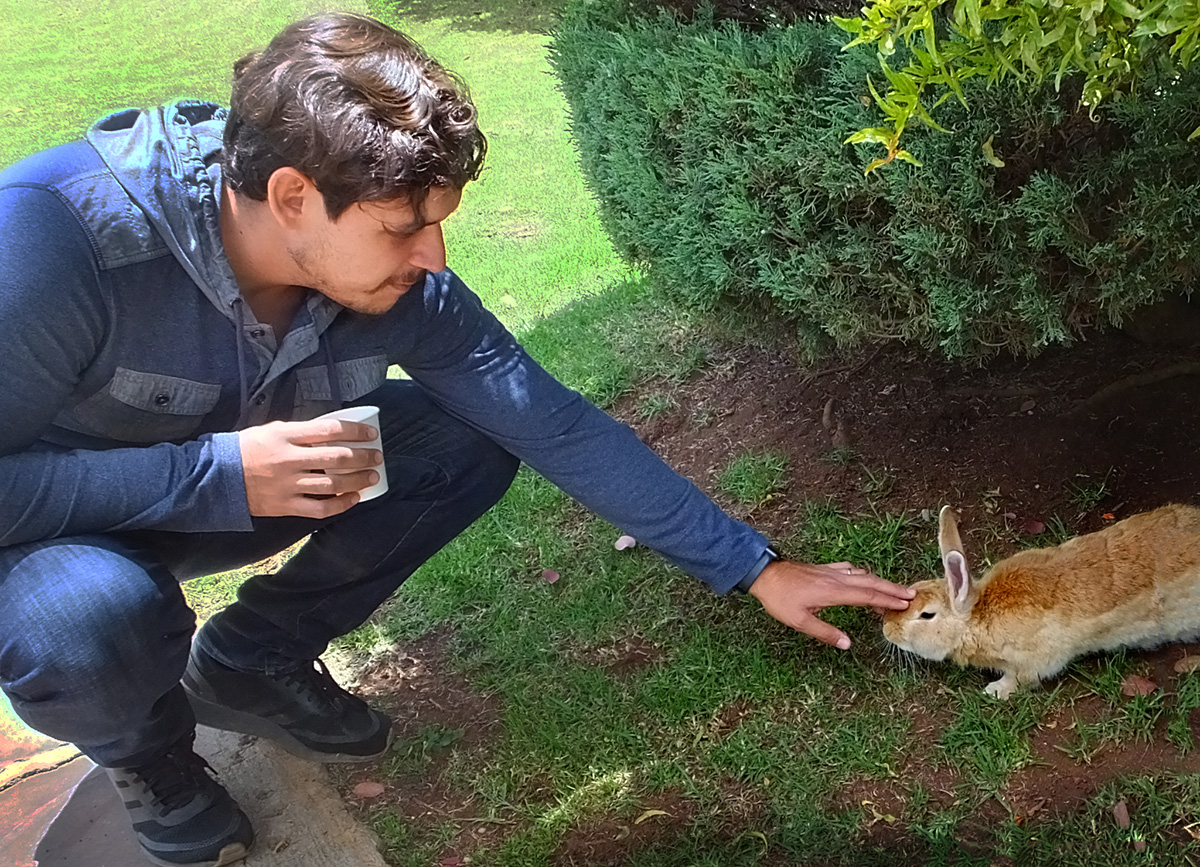 “Tell us some place we can reach via good roads,” we challenged the architect.

“Why don’t you visit Rancho Paraiso?” Sánchez replied. “Just ask Google maps to take you there. I think you’ll find it appropriately named.”

The scenery along the way to Paradise Ranch was stunning and relaxing. Upon passing through the gate, we found ourselves driving through hundreds of small Douglas Firs. At the ranch house we met the owner, agronomy engineer Federico León, who told us he sells the firs as high-quality Christmas trees which people can rent in a recycled plastic pot or cut the traditional way, if they prefer.

León turned out to be a walking encyclopedia who fascinated us with stories about Africanized bees, arguments for feeding the world with rabbits instead of beef and the story of how his Christmas tree business was saved by an army of migrants who came to help him at a desperate moment.

We hadn’t imagined we’d end up getting an education during our weekend in the mountains around Atemajac, but we did.

For more information, check hotelmontecruz.com or their Facebook page. To get there, just set your app for Hotel Montecruz.  I suggest that even those who don’t want to stay at the hotel should at least try out its restaurant. It’s called the Echeveria Grill and is only open on weekends.