Manfred Meiners is a cinematographer, a photographer and a scuba diver from Guadalajara. He surprised local conservationists a few years ago when he published gorgeous photos of otters happily splashing in La Vega Dam near Teuchitlán. 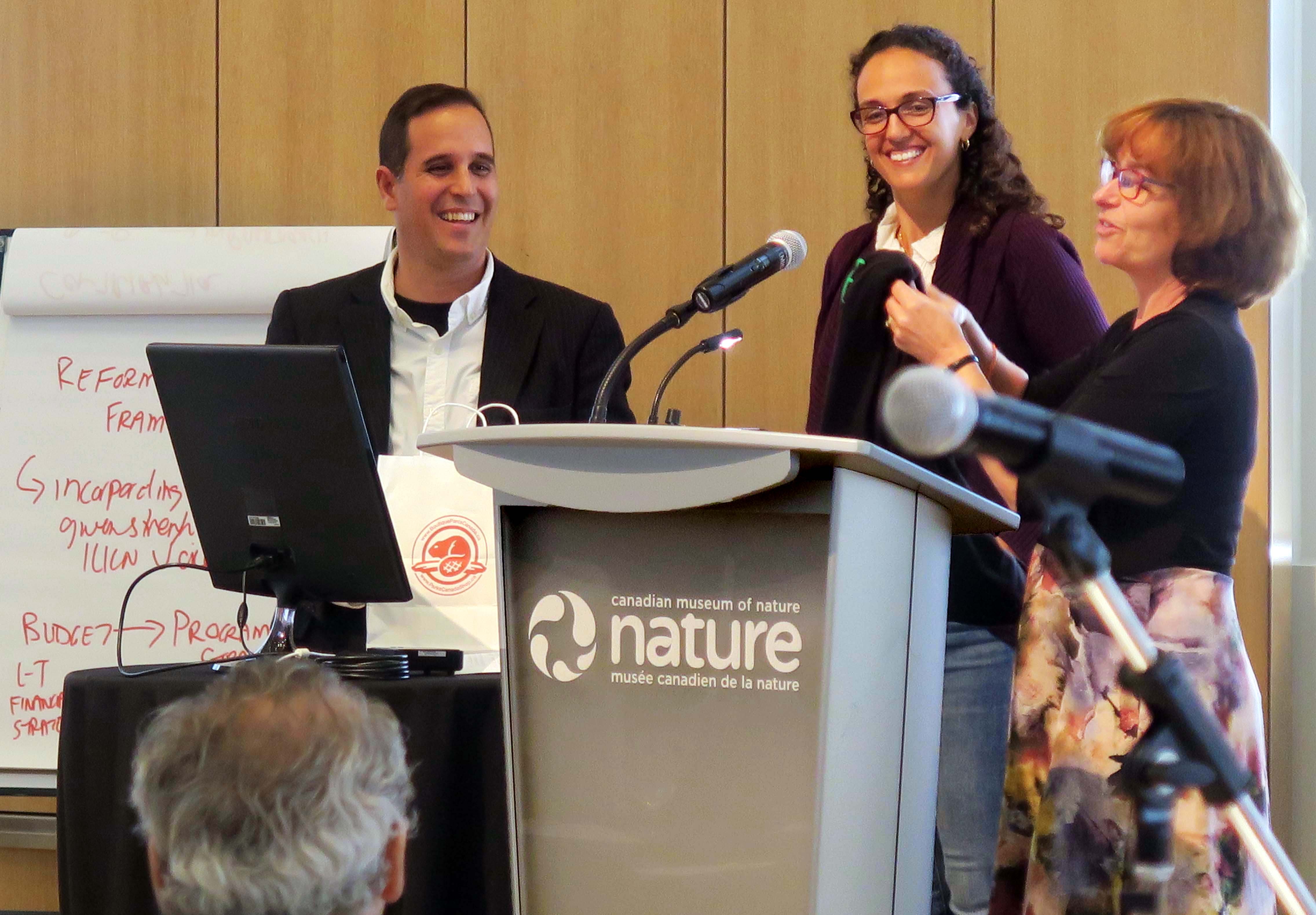 Now he has just won the Excellence Award, presented yearly by the International Union for the Conservation of Nature (IUCN) to the person thought to have contributed the most among this renowned organization’s thousands of members in North America.

In a recent conversation, Meiners told me that he was invited to Ottawa, Canada, where IUCN executives were meeting in preparation for their World Conservation Congress, held once every four years. (IUCN maintains and updates the Red List of Endangered Species and has been the motor behind conservation projects for over 70 years).

“They told me they were giving me an award for the work I’ve done with them over the last ten years in the fields of education and communication,” Meiners explained. “So they flew me to Canada, but I missed a connecting flight along the way, so I arrived in Ottawa really late and in my hotel I barely had a chance to take a shower. Then I had to make a decision: Am I going to be on time or am I going to iron my shirt? Well, I decided being on time was more important, so I received the award with a wrinkled shirt, but with lots of warmth and good wishes from the members of IUNC. They gave me a wood carving created by an indigenous artist in Chiapas named Pedro Jiménez – a beautiful piece which my family and I really love. It was an honor to receive a prize made by a paisano artist. This experience has really charged my battery to keep working on conservation issues.” 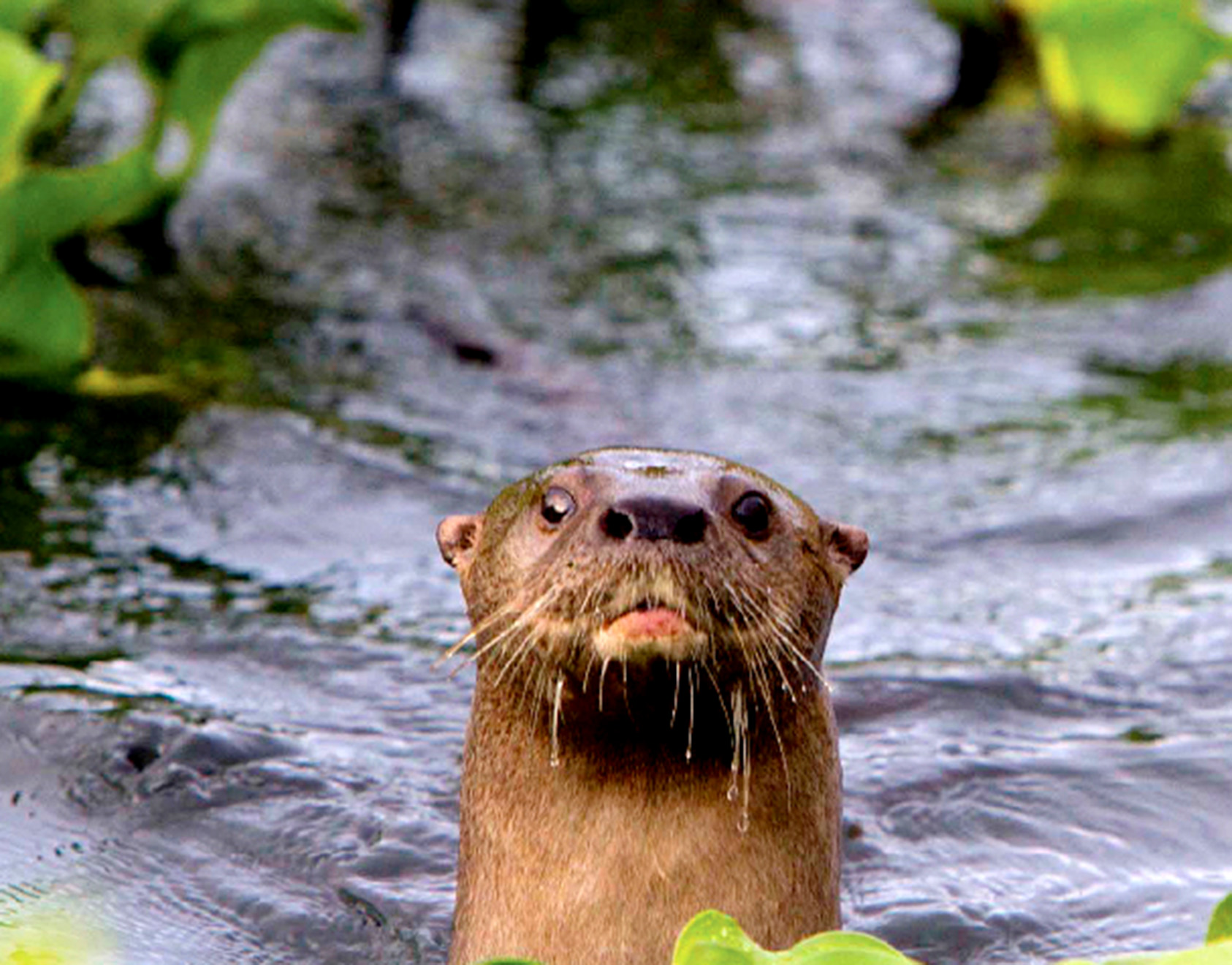 Over the years, Meiners has made numerous films documenting the success stories of humble communities which have learned to work with nature rather than against it. These films are, for the most part, narrated by local people deeply involved in a project, many of them campesinos whom Meiners has managed to put at ease for the camera.

Because I was asked to translate the subtitles of several of these documentaries into English, I had a good chance to see how conservation theory was being put into practice in the field, literally. One of these documentaries is called Vive el Paisaje (Become One with the Landscape) and shows the practical application in the mountains of western Jalisco, of a concept developed in France called The Biocultural Landscape. Vive el Paisaje can be seen on YouTube with English subtitles. To view them, click on “cc” at the bottom of the screen.

“The way we do farming now,” says a local man at the start of the film, “all this technification, this chaos, this overuse of insecticides and fertilizers ... It’s impacting human life and harming wildlife too. We’re killing the earth, but the earth is our patrimony … so how can we be productive?”

The film goes on to present the concept of the Biocultural Landscape, which “combines the biological landscape with the culture of the communities that exist within that landscape, a policy tool which seeks the consensus of all the local stakeholders in a specific area.” We then visit numerous communities, where we see agriculture, forest management and cottage industries flourishing in a sustainable way and without damage to the environment.

Another project where we see the hand of Meiners is called Albora. It is a response to the tendency of lugubrious headlines to dominate Mexico’s media, creating an atmosphere of gloom, cynicism or terror which simply does not jive with the joie de vivre of ordinary people living and working in every corner of the country. 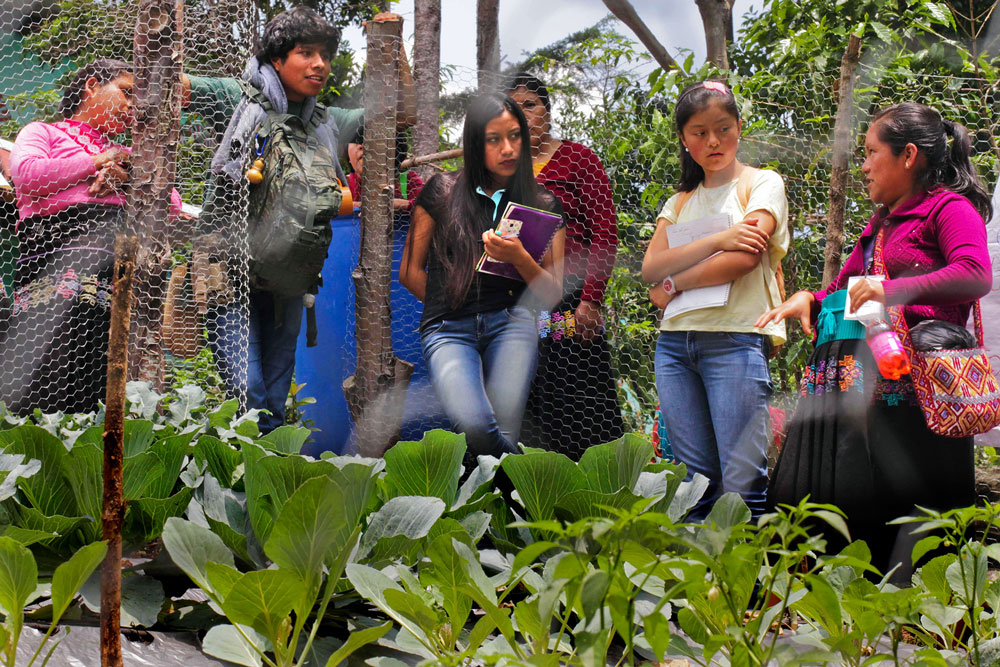 One corollary of this zest for life is creativity for solving problems. And I don’t just mean problems like how to get a 50-year-old jalopy back on the road. Mexicans are attacking real problems affecting the whole planet with as much imagination and creativity as environmentalists anywhere, and Albora is out to set the record straight.

This organization, founded in 2015, searches out and investigates environmental projects that really make a difference, and helps activists publish their stories.

An example is “Seeds of Change” by Clara Migoya, which tells the story of The Mexican Network of Educational Gardens, a project that took root in 2018 in San Cristóbal de las Casas, Chiapas, and brings together students, teachers, parents, nutritionists, campesinos, academics and activists (just to name a few of the participants), all working together to reconnect the new generation with the natural world.

Migoya introduces us to Loreto, a teacher whose school garden is considered a landmark in San Cristóbal: “Loreto has a wide smile and a radiant face. While she showed me the garden she cultivates with ‘her children,’ I could hear the enthusiasm in her voice: ‘Here we raise worms, we observe insects and bees, we decide on seeds, we plant and we harvest.’”

Migoya continues: “Loreto tells me that for her students one of the most exciting things about the garden is harvesting what they grew and then cooking it. Once a month they all get together to prepare a breakfast. The boys and girls all participate in the same way, including cooking and cleaning up, something that may seem insignificant, but which represents a radical change from the patterns they are exposed to at home.”

Migoya’s story – accompanied by gorgeous photos – can be found on Albora.mx along with many other success stories that deserve to be told. The page has an English button, but, unfortunately, the stories are all in Spanish for the moment. They promise they will soon be translated into English, but I suspect they could use a hand.