In several previous articles I’ve described the work done by Senderos de México to rehabilitate trails in Jalisco, including several near Lake Chapala. 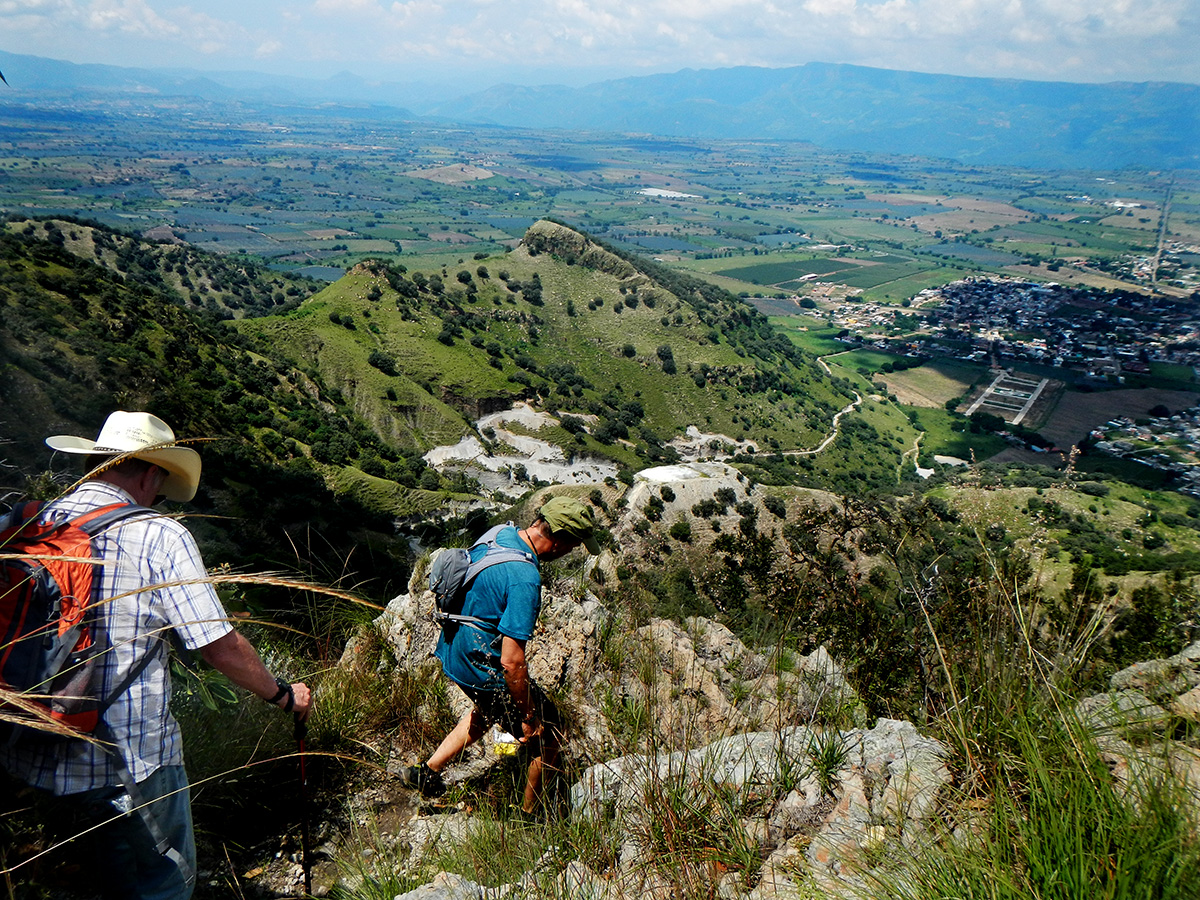 The organization then arranges for volunteers to mark the trails with the Grande Randonnée (GR) code used in Europe. This extremely simple system consists of two horizontal bars to show you’re on the right trail.

One site signposted by Senderos is El Cerro de Amatitán, located 32 kilometers northwest of Guadalajara. It’s 1,793 meters high and famed for its beautiful vistas. I had my eye on two Senderos trails up to the top of the mountain, one from the north and the other from the south.

“This will be a real test of the trail signs,” I told my hiking partners. “We’ll go up the mountain one way and come down the other and if we survive, it means the system really works.”

We headed for Amatitán, parked where the trail called El Sendero del Agave begins and, voilá, immediately spotted yellow and white stripes painted on a small rock. This sendero takes you through fields of blue-green agaves around to the south side of the mountain and then leads you to the top.

Our path was actually an old road – older than we could imagine, in fact. Alongside it we soon came to a plaque explaining that we were walking along what used to be called El Camino Real, once upon a time the royal road leading from Guadalajara to the port of San Blas, and paved with stone “Roman style.”

After a rather long meandering walk along wide dirt roads through agave fields, we reached the base of the Cerro de Amatitán and there the ubiquitous and handy trail markers seemed suddenly to have vanished. 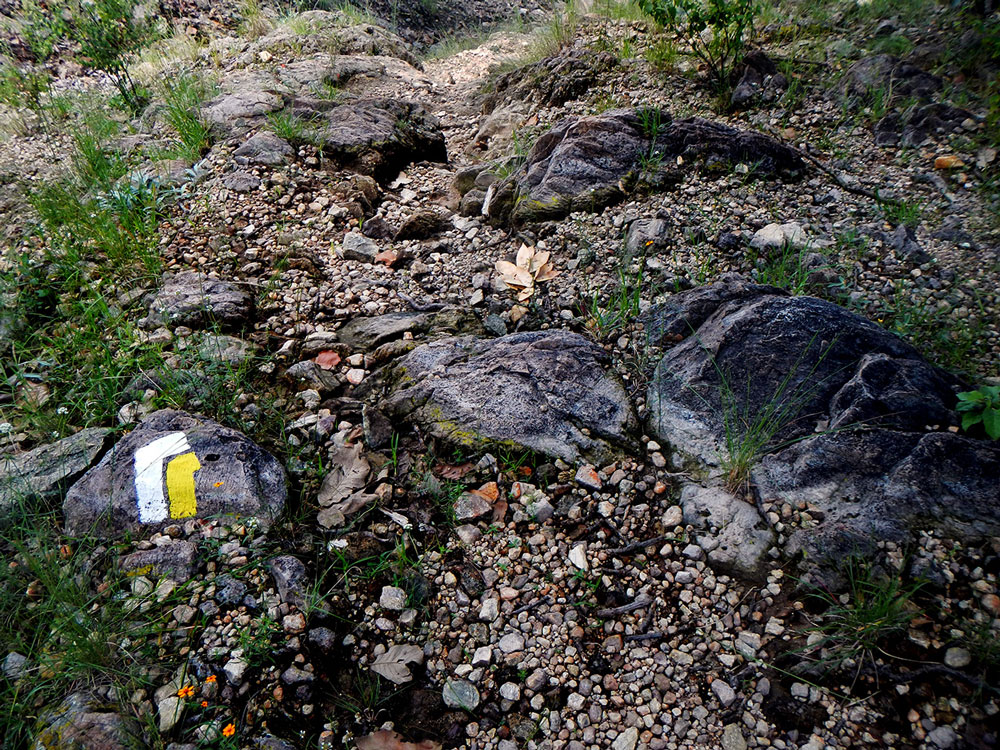 Unfortunately, exactly at that point heavy maleza (brush), stone walls and barbed wire were sealing off our access to the mountain. Try as we might, we could not find a convenient connection between the road we had been following and the trail heading up the mountainside.

“Senderos de México forgot to tell us we’d need a machete,” I cried to my compañeros, as I battled through the two-meter-high brush – sprinkled with an abundance of thorn bushes, I might add.

At last I clambered over the formidable combination stone wall and barbed wire fence, only to find my friend Rodrigo Orozco munching an apple next to a thick tree ... with white and yellow stripes on it.

Well, back on the trail only in a manner of speaking. You see, that lovely trail lasted only ten minutes and did not appear again until we reached the very peak of the mountain. Fortunately, the signs continued guiding us, painted on rocks and trees.

“I now have a new understanding of the word sendero,” I told my fellow hikers. “It means ‘way’ in the vaguest possible sense, which may or may not include a path.”

Bushwhacking our “way” up Cerro Amatitán was doable, but slow and the difference in altitude from the bottom to the top was 519 meters.

Sweating profusely, we finally reached the very pinnacle of the mountain, which offers a splendid view in every direction.

In a few minutes, we arrived at the Amatitán Cerro cross, the object of a yearly pilgrimage which, I told my compañeros, “is made by just about everybody in Amatitán, including great-grandmothers and five-year-olds.”

With this consoling thought, we headed down the northern side of the hill, still guided by the white and yellow trail markers – only this time there really was a trail!

The views on the north side were much more stunning than those we had seen on the way up, but we dared not gaze upon them while walking because that trail just happens to be strewn with billions of small, nearly round stones. Yes, hiking on the north side is like dancing on ball bearings, so you have to watch your every step.

Once again the Senderos markers guided us all the way down to the base of the mountain and then apparently disappeared. “So how do we get into Amatitán?” we asked ourselves when we ended up facing a high wall. We began scouting around and soon Rodrigo shouted: “I found a gate in the wall, let’s go this way!”

Rodrigo’s gate turned out to be locked and guarded by a whole lot of cows as well as a sea of thick, black … let’s call it mud. Now thoroughly pooped out (in every sense of the word), we dragged our tired bodies through the “mud,” climbed over the fence, slogged through even more goo on the other side and came to yet another stone wall, this one even higher than the last and cleverly combined with a barbed-wire fence. Ah, it just isn’t a real Mexican hike without stone walls and barbed wire!

Eventually we staggered into town, weary but triumphant. We had conquered the mountain and survived not one but two senderos!

Here I must mention that, despite the above description, we do greatly appreciate the hard work of Senderos de México and its many, many volunteers putting up all those signs, but I wish we could have had a good map as a backup! If you want to try the Cerro de Amatitán loop for yourself, check out senderosdemexico-jalisco.org.