Jalisco archaeologists are digging up strange and fascinating things near the town of Arandas, located about 100 kilometers due east of Guadalajara. 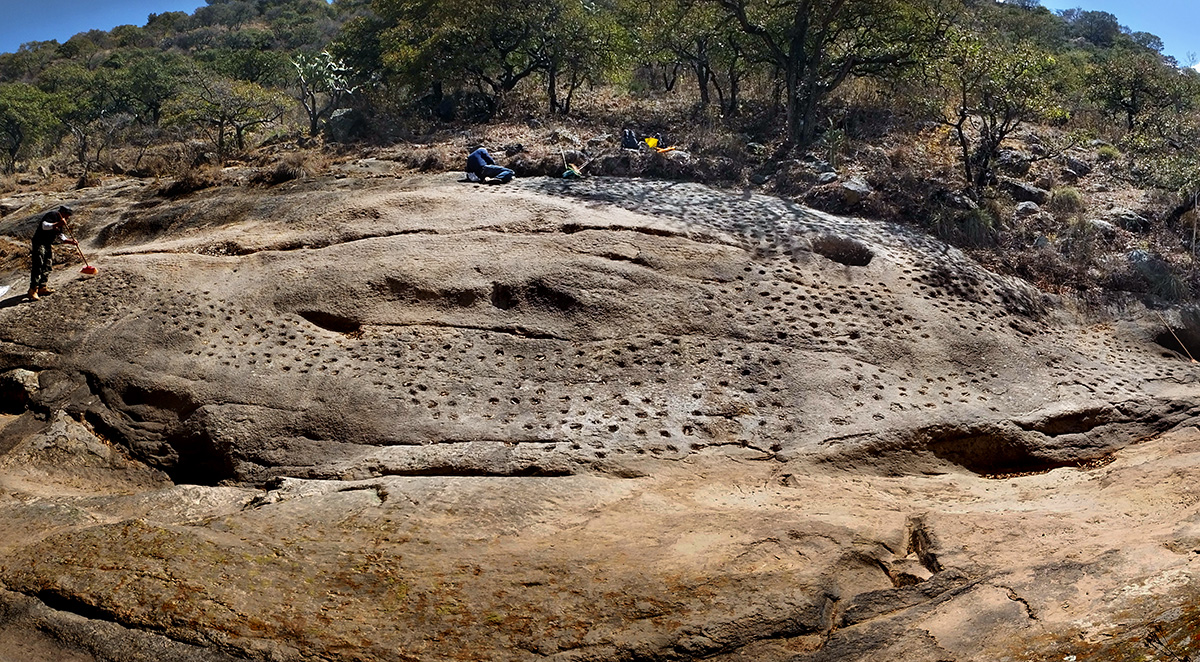 First there was the discovery of more than 1,200 horizontal petroglyphs along the shores of Presa de la Luz, a small lake east of Arandas. This suggests the site may have been used as an astronomical observatory more than 1,000 years ago. (These discoveries are described in the elegant, 154-page coffee-table book, “El Santuario Rupestre de los Altos de Jalisco.”)

Recently, one of the authors of the book, archaeologist Rodrigo Esparza, called me to describe a new and even more curious discovery, this one located only 14 kilometers north of Presa de la Luz.

“For the moment we are calling this site Los Pocitos, ‘The Little Pits,’ and we’re going to study the place next week,” Rodrigo said. “Want to join us?”

I could hardly refuse an offer like that, and a week later Esparza drove me to a place called Sauz de Cajigal, where we met with several Mexican and Japanese archaeologists. Also there was Francisco “Pancho” Navarro, the director of the local museum, which I described in a previous article (March 28, 2019).