The first curious thing about Obsidian Island is that it is surrounded by great stretches of farmland and is not an island at all. 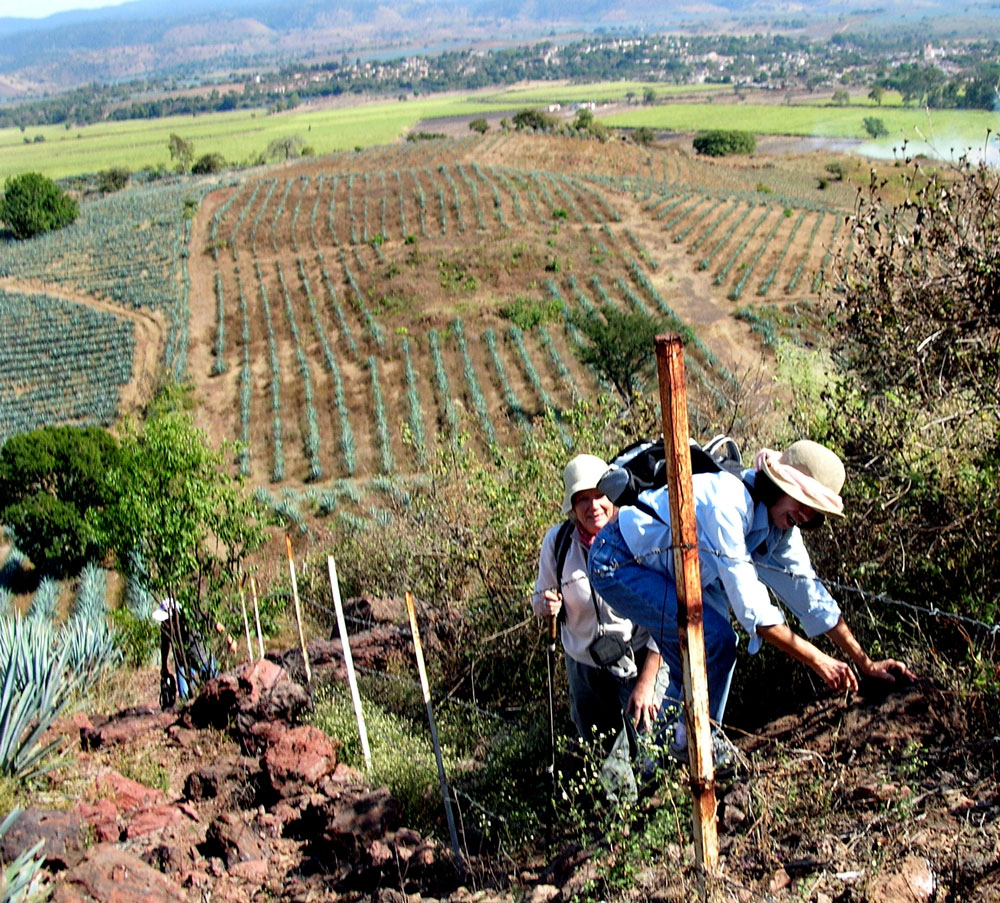 The second is that it has no natural deposits of obsidian whatsoever.

After that, the list of the mysteries of Atitlán – as it was called in ancient times – only grows longer.

Today this former island is called El Cerro de las Cuevas (The Hill of the Caves) and is located next to the small town of San Juanito Escobedo in the state of Jalisco, 60 kilometers northwest of Guadalajara.

I was first introduced to the place by archaeologist Rodrigo Esparza. As we approached San Juanito, he explained that the farmland we were driving through was once covered by the Laguna de Magdalena, a 70-square-kilometer lake that had been a major feature of the Jalisco landscape until the Mexican government decided to dry it up in 1930 – “in order to create more cane fields.”

A narrow dirt road skirts the west side of the Cerro de las Cuevas and here we passed several dark openings: small artificial caves, hand-carved in the soft jal or volcanic tuff.

When stopped in front of Esparza’s favorite cave, he explained that people used to carry out ceremonies here while contemplating the lake, about 40 meters away.

After exploring some of the other cuevas, we headed up the hillside on foot, our pants and shoes collecting great numbers of huizapoles (burrs) along the way. We soon came to a hole about two meters deep. This had been dug by tomb robbers and its walls gave us a good look at what had been going on at this site for hundreds of years.

“The ground beneath our feet is a two-meter-thick layer of dirt filled with discarded fragments of obsidian tools,” the archaeologist said. “This is by far the largest obsidian workshop I have ever seen.”