Sierra Rios is a nonprofit river conservation organization founded by Rocky Contos, a paddler who made the first descent down 104 of Latin America’s rivers. 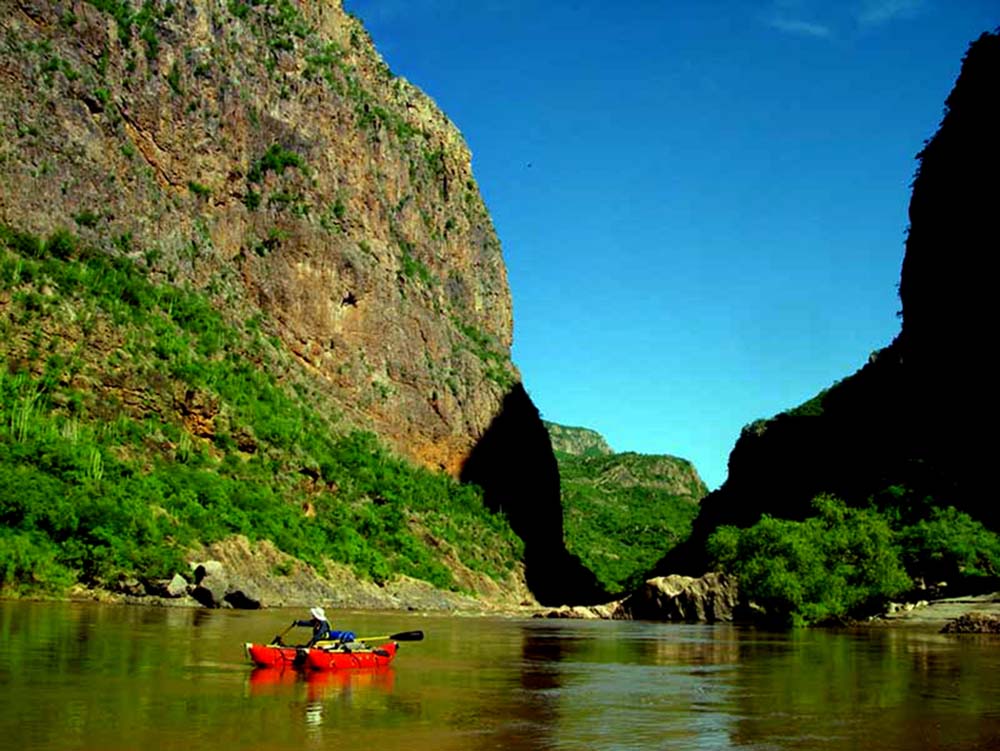 Realizing that many of Mexico’s rivers may soon be “chopped up” by dams, Contos decided to call attention to the beauty of this country’s rivers by organizing rafting trips for both experienced paddlers and the general public.

Canadian Chris Lloyd recently returned from a 12-day Sierra Rios trip down the Tutuaca-Aros-Yaqui River, located in Chihuahua — a river that runs through what he describes as “Mexico’s answer to the Grand Canyon.”

“Mexicans seem to name their rivers the same way they name their streets,” Lloyd explained “A street goes for five blocks and it’s called Juárez and the next five blocks it’s Hidalgo and after that it’s something else. In many parts of Mexico, the rivers get the same treatment. So we started out on the Tutuaca. Eventually it became the Aros and 280 kilometers downstream, at the end of our trip, the same river is known as the Yaqui.”