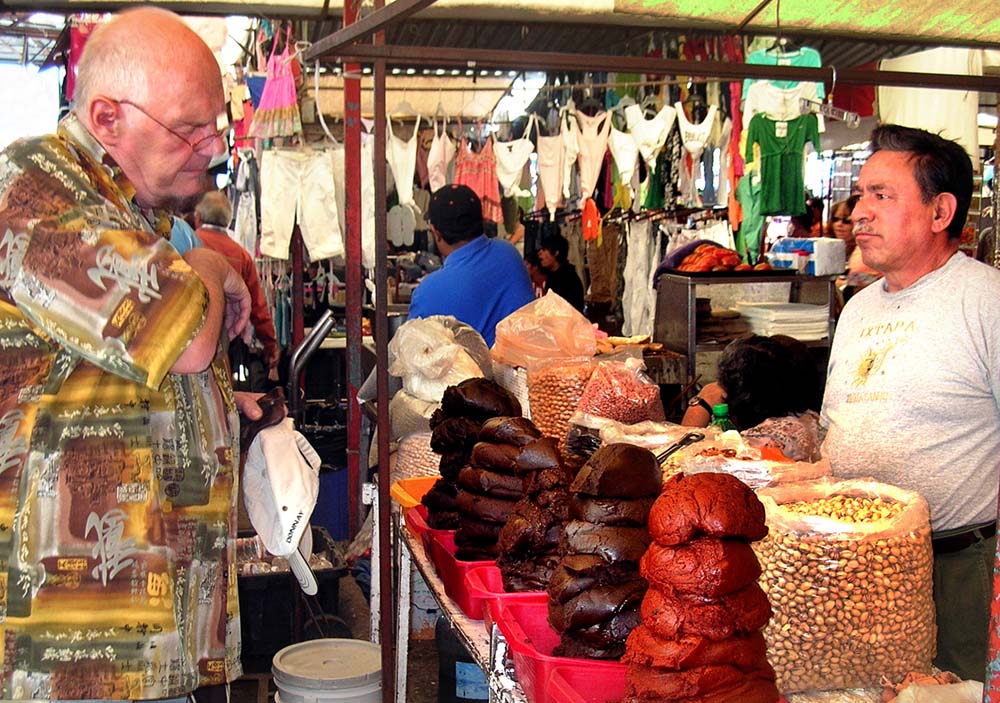 We even have a few words from Nahuatl, which once served as a lingua franca in Mexico and Central America and which, curiously, appears to have originated in what is now the southwestern United States, thereafter slowly spreading southwards.

Shack? Believe it or not Etymologist David Gold traces this word back to the Nahuatl xacalli, (note that this x should be pronounced sh), also spelled jacalli, meaning “hut with a straw roof.” He says settlers on the Great Plains of the United States couldn’t use wood for their homes and learned the building techniques of the local Native Americans who spoke Uto-Aztecan languages and used the word xacalli. Audubon’s Western Journal says, “The ranchos are forlorn ‘jacals,’ sheds covered with skins and rushes and plastered with mud.”

If a few Nahuatl words like chocolate and tomato have found their way into English, far more have inserted themselves into Mexican Spanish, and even into the conversations of foreigners who’ve grown roots in Mexico.

Read the following. Can you understand what it’s all about?