An independent report on the investigation into the 43 students from the Ayotzinapa teachers training college who disappeared in Guerrero in September 2014 is a damming indictment on the Mexican establishment, both critics of the government and unbiased observers are saying. 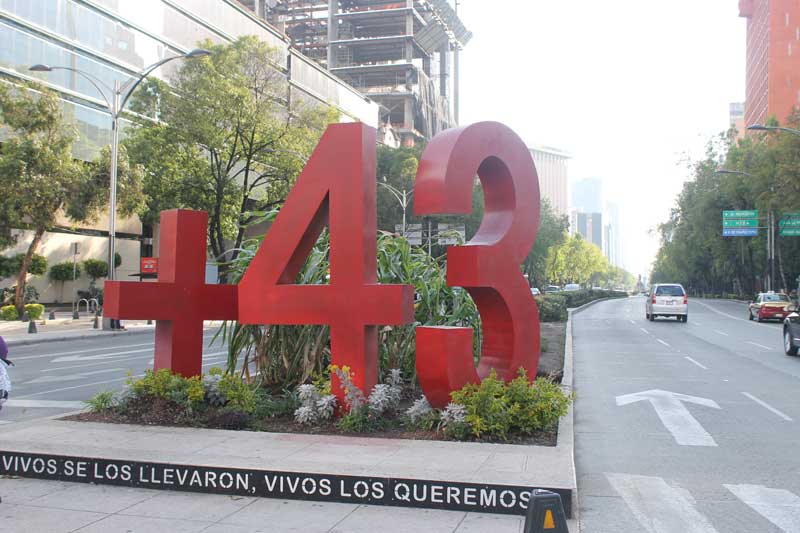 The report by experts from the Inter-American Commission of Human Rights released this week flatly rejects the government’s assertion that the students were incinerated at a garbage dump as scientifically impossible, but acknowledges that  police in Iguala, Guerrero and local crime gangs were probably responsible for their disappearance.

The experts highlighted a series of errors and omissions by investigators – the destruction of video evidence, the incompetent questioning of witnesses and suspects – and hinted at the possibility of a cover up regarding the involvement of federal forces and the military.

The report was welcomed by parents of the students, who always believed  the government’s version of what happened to their children was a lie hatched up to diffuse the growing  public anger surrounding the handling of case.

President Enrique Peña Nieto has promised to continue the investigation to its conclusion but few Mexicans will now have much faith in its credibility.   How he decides to handle the case from now on could largely determine the legacy of his presidency.  The Attorney General’s Office apparently still believes that at least some of the bodies were burned at the dump, but without any further forensic evidence, continuing to champion this theory will not do them, or the president, any favors with the public.

The parents of the missing students have said they will not accept that their children are dead until they have concrete proof. The  findings of the independent report have given them renewed hope, a representative said this week. There will be no let up as they continue to press authorities for the truth, he said.

But if truth be told, most Mexicans distrust the government and doubt whether the real facts will ever come to light. And this could mean Peña Nieto spending much of the second half of his presidency treading water in damage limitation mode.

Arguably one way for the president to redeem himself with the Mexican people would be to break ranks with the establishment and embark on a radical and comprehensive overhaul of a corrupt and deficient justice system that all too often rewards the lawbreakers and punishes the victims.   But let’s not hold our breath.