Here’s yet another perplexing example of a world turning itself upside down.

Last week, the Jalisco Attorney General’s Office (FGE) destroyed 285,000 marijuana plants in the municipalities of Mixtlán and Guachinango. The plantations covered an area of around 72,000 square meters and were apparently identified thanks to the use of sophisticated aerial photographic technology.

As Mexico dumps billions of dollars of federal funds (including Merida Initiative money approved by the U.S. Congress) into searching out and eradicating marijuana fields, an increasing number of U.S. states are approving cannabis for recreational use. In fact, the recreational use of marijuana is now legal in seven U.S. states (Alaska, California, Colorado, Oregon, Massachusetts, Nevada and Washington) and 11 others may soon choose to go down the same route.  This has given rise to a whole new economy surrounding the sale of cannabis, oils, lotions, edibles and paraphernalia. Sales of legal marijuana in the United States hit US$2.7 billion last year, up from US$1.5 billion in 2013. 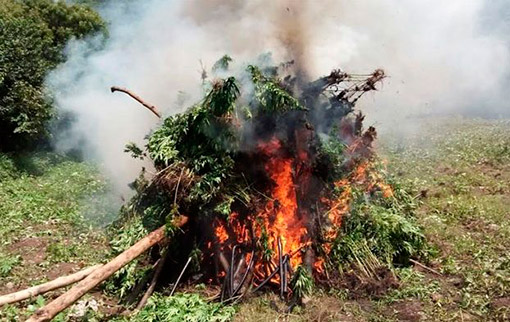 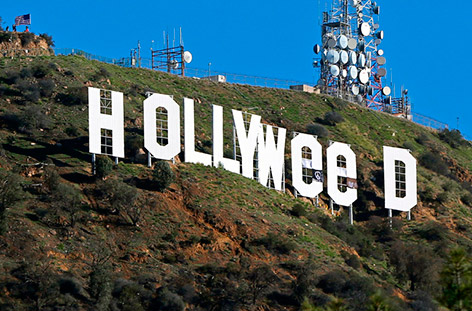 Why should Mexico waste valuable resources on a drug eradication strategy – one that is insisted on by the U.S. federal government – when millions of north-of-the-border stoners are getting out of their minds without any fear of punishment?

Given the current state of relations between the two countries, how long will it be before the Mexican government decides it has had enough of the hypocrisy of its northern neighbor’s drug policies (and the state vs. federal legal conundrum) and abandons the costly fight against marijuana – maybe even legalizing the wicked substance itself?

The demand for drugs in the United States shows no sign of abating and does not appear to be a salient issue on the Trump agenda.  Last weekend, the billionaire U.S. president did not specifically deny reports that he told his counterpart in Mexico in a phone call that he might send troops across the border to tackle the drug gangs, which he said were “poisoning the youth of our country.”  The businessman made no mention of the demand/supply equation that presumably has been the bedrock of his accumulated fortune.

It kind of goes like this: Where there is a demand for a product, however nefarious it may be, a supplier will always be found. Much in same way that the United States happily ships billions of dollars’ worth of weapons to Saudi Arabia – a completely undemocratic country that, incidentally, was home to 15 of the 19 hijackers on 9/11/2001.  Curious, indeed.