Four of the five states registering the heftiest increases in violence in 2017 are not governed by the Partido Revolucionario Institucional (PRI), José Antonio Meade, the party’s nominee for president, pointed out during his first visit to Guadalajara at the end of last month. 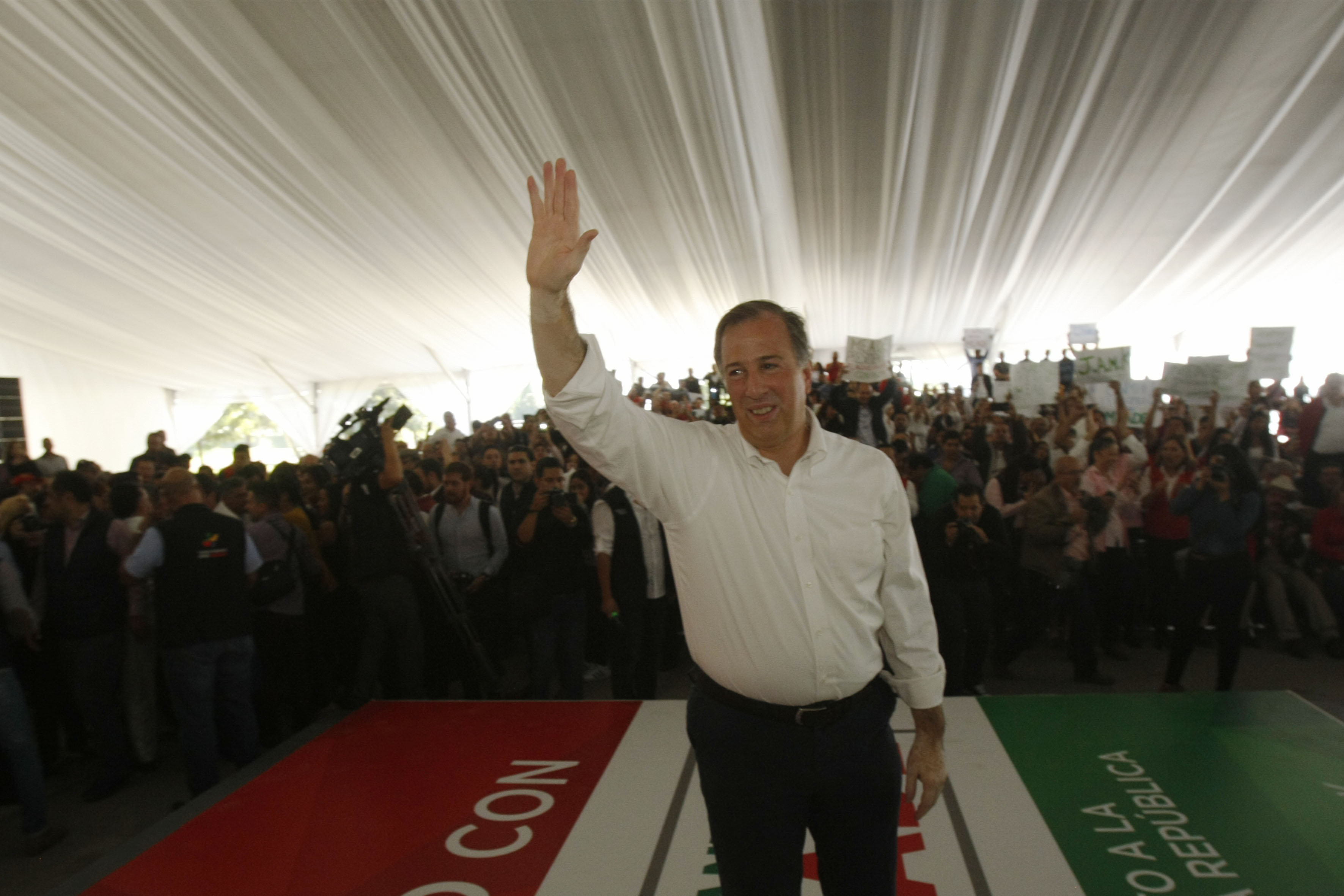 Although the former finance secretary did not provide the names of these states, research shows Nayarit, Baja California Sur, Aguascalientes, Quintana Roo and Baja California to have had the steepest rises in homicides last year. All are governed by the National Action Party (PAN) or a coalition including the PAN.  However, states with the highest number of murders per capita are Colima and Guerrero – both of which have PRI governors.

Meade will be acutely aware that his public security strategy and policies will be the most scrutinized part of his campaign.  Data released this week shows that in 2107 Mexico experienced the highest homicide rate for two decades. This is considered one of President Enrique Peña’s biggest failings and Meade will need to build confidence in the electorate that he has the ability to rectify this trend.

In a meeting that drew party  dignitaries and several hundred PRI militants to Guadalajara’s Parque Trasloma, Meade reiterated his support for the country’s polemic new Interior Security Law, which defines the role of the military in law enforcement duties.

Criticized by many as a first step towards a militarized state, Meade said the law gives clarity as to when and how the armed forces can assist the population in law-enforcement situations.

Meade’s backing for a law  that has the approval of both houses of the Mexican Congress runs contrary to the views of many domestic and international human rights organizations and the country’s left wing.  Nonetheless, he has the support of many ordinary Mexicans who have more confidence in the armed forces than the nation’s police agencies. 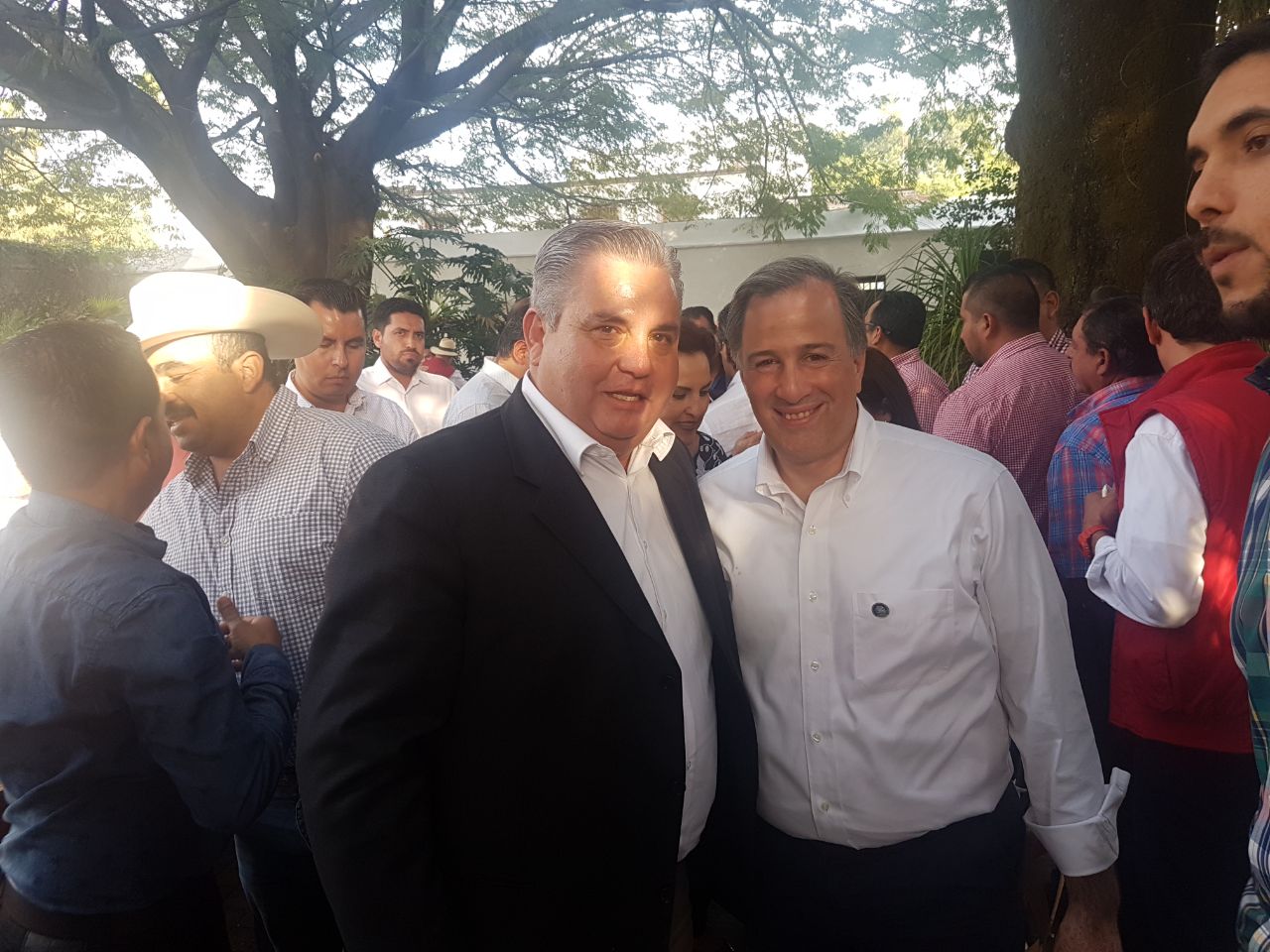 Meade also stated his support for President Enrique Peña’s controversial education reforms, which oblige teachers to prove they have the required academic levels that conform to the government’s strategy to radically improve educational standards in the country.

The PRI nominee pointed out that his nearest rival in the polls, Andres Manuel Lopez Obrador of the leftist Moviemiento de Regeneración Nacional (Morena), has vowed to scrap the reforms if he wins the presidency, in support of a minority of militant teachers’ union members who oppose the changes to the educational infrastructure.

At the Guadalajara meeting, Meade attempted to raise his profile among the Jalisco party faithful by highlighting some of his achievements while serving in various federal posts, several of them connected to social welfare labors. In a broad and unsubstantiated statement, he noted in the past five years of PRI leadership, “500,000 less people now live in poverty” in the state, of which “300,000 have abandoned extreme poverty.” That can “only happen when there are public functionaries with commitment,” he said.

Miguel Castro Reynoso, the PRI’s nominee to succeed Jalisco Governor Aristoteles Sandoval (who was also present at the meeting), took up the microphone to eulogize Meade and his past achievements. In particular, he highlighted a visit the presidential candidate made to the Jalisco coast while serving as federal Social Development secretary, when he took the time for “more than one kilometer” to meet victims of hurricane Patricia.

While the campaigns are still in their early stages, polls suggest the elections will be a tight race between Meade and Lopez Obrador.  Although it seems the PRI’s hierarchy chose Meade specifically because of his previous non-affiliation with the party, his task in disassociating  himself with Peña Nieto – who looks set to end his six-year term with the lowest popularity rating of any president on record – will not be easy.

As the Jalisco meeting indicated, the PRI machinery has already kicked into gear, mobilizing workers from around the country and plowing in funds that other parties will be unable to match. Before the turn of the year, the National Electoral Institute (INE) reported that up until December 29, the Meade campaign had spent 2.1 million pesos on 11 events, Lopez Obrador 657,000 pesos on 32 events, and Ricardo Anaya Cortés (the PAN hopeful), 554,000 pesos on 19 events.

Meade will also be buoyed by a report from the U.K.’s Financial Times which suggests that Meade will win the July 1 election thanks to the PRI’s “formidable machinery” and that with only one round of voting he might only need 30 percent of the vote to triumph – a figure that the party has never failed to achieve.