The Reporter was started in 1963 by a journalist from Eugene, Oregon.

That influenced the style of the newspaper from the get go – the use of U.S. spelling was de rigueur. In any case, few Canadians or Brits lived in Guadalajara or at lakeside around that time, so the issue of spelling variance hardly ever arose. 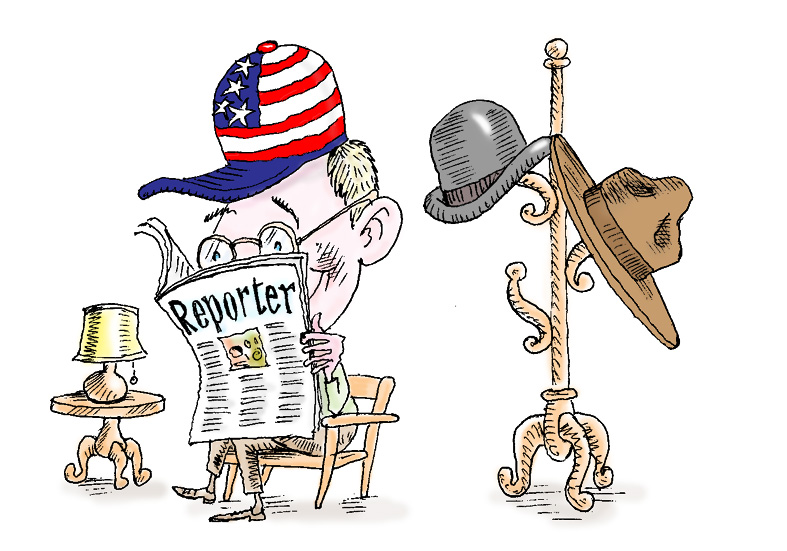 According to some estimates, Canadians now constitute almost half the population at lakeside. This has meant that more contributors to this journal are from the Great White North and use their own spellings of English in their colorful/colourful prose.

Given this (relatively) new demographic, is it therefore fair for this newspaper’s editors to “correct” these writers’ copy every time they come across a divergent spelling that does not conform to the American variety?

Let’s analyze/analyse this a little further and see if we can get to the center/centre of the dilemma without causing a spat among neighbors/neighbours.

To all those word sticklers out there who frown on American-isms and Canada/British-isms infesting their beloved tongue, the great beauty of language is its adaptability and ability to evolve.  It changes across space, time and social grouping. New words are borrowed and invented and the meaning of old words drifts.  Linguists have studied in detail the specific reasons why Americans say sidewalk and the British pavement, or apartment instead of flat (plus a long list of others: bill for note, trunk for boot, cookie for biscuit, drugstore for chemist, cellphone for mobile phone, ad infinitum).  This is way above my academic level but I do know, however, that Noah Webster wrote the first American dictionary and that after the Revolutionary War he believed it was important for the United States to be linguistically independent from Great Britain.  (FYI: Webster just happens to be my middle name – no parentage with the great man; nor, sadly, am I related to the Forbes publishing organization/organisation).

This cultural rearrangement of language across the Atlantic has often led to confusion and even embarrassing moments.

In the mother country the term “knocked up” means to wake or rouse someone. It certainly must have caused some amusement when a British girl in the United States complained that she was tired because the hotel porter had “knocked her up early in the morning.”  The responses varied from “gee that’s awful” to “but how can you tell so soon.”

One British woman who spent some time teaching in a California school once told a class going into a geometry exam to be sure to have their rubbers with them as anyone can make a mistake.  She couldn’t understand why this broke them up.  A “rubber” in British English means an “eraser.”

Instructors at British private (public) schools are usually known as masters and mistresses. When U.S. troops were billeted in a famous girls’ boarding school during World War II they found next to every bed a notice saying,  “If you require a mistress during the night, ring the bell.”  Needless to say, there was plenty of bell ringing and little sleep during the first night!

Putting humor/humour aside for a moment, one thing we should all agree upon is that there is no single “correct” version of English. The subeditors in the newsrooms of some traditional British newspapers might believe the “Queen’s English” to be the model for the world to adhere to, but that’s the snobbish view of an old order fantasizing/fantasising that they still rule over a global empire. Given the geographics and closeness of their southern neighbor, Canadians arguably have more legitimate concerns about being swallowed up by the creeping advances of American English.  Scholars consider Canadian English to be an amalgam of American and British English, along with some uniquely Canadian characteristics.  Interestingly, there has been some blowback toward/towards the preservation of Canadian English.  The esteemed Globe and Mail recently switched its spellings of many “ou” words back to the Canadian variety. And last year, to coincide with Canada’s sesquicentennial, the “Dictionary of Canadianisms on Historical Principles” was published.  This 10-year project by a dedicated group of linguists and lexicographers and their student helpers was centered/centred primarily in the Canadian English Lab in the University of British Columbia. Its stated objective is “to provide a historical record of words and expressions characteristic of the various spheres of Canadian life during the almost four centuries that English has been used in Canada.”  The tome is available online and reviewers have called it a fascinating read – not least the 4,833-word entry for the word “eh”!

So what do our readers – Canadians, Americans, Brits and others – think? Should we mechanically change favour to favor, traveller to traveler, meagre to meager, or simply leave the spellings as they are? Will our American subscribers get pissed (and I don’t mean inebriated)?

Let us know, we’d be pleased to hear from you!