The campaign has been one of the most intensely fought in the nation’s history, dominated by the possibility that voters, wearied by years of declining living standards, corruption and criminal violence, will opt for a change of direction  and a “captain” who will steer the nation away from the economic liberalism that has characterized Mexican politics for the past three decades. 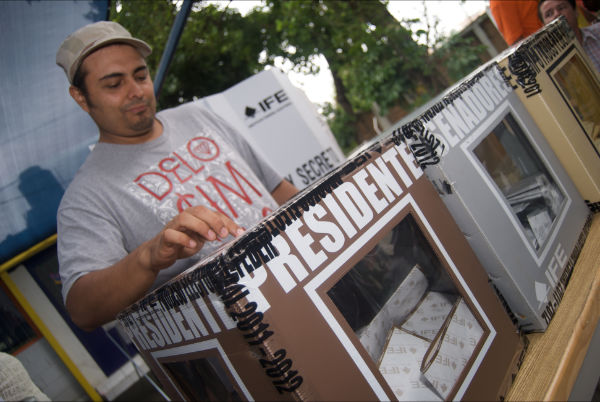 Of course, nothing is written in stone until all the votes are counted but a wind of change is clearly in the air.  However, this wave of optimism that many Mexicans are experiencing as the country prepares to vote should be tempered with a sobering dose of introspection. As the campaigns have intensified over the past six months, report after report has chronicled the murders of candidates, local politicians and political operators. Thus it becomes clear that Mexico’s archaic political system is still refusing to die, especially at the local level and in rural zones where criminal organizations rule the roost and like to have officials in their pockets.

Around 120 politicians/candidates in Mexico have been killed since September in the lead-up to this election.  Even the United Nations remarked that political violence on such a scale is virtually unprecedented in the western hemisphere.

Given the criminal violence that has plagued Mexico for the past two presidential administrations, the campaign slayings have probably raised more eyebrows abroad than at home. (Estimates put the number of people  murdered in Mexico during the past 12 years at around 200,000.)   Amid this scale of violence, 120 murders may not sound like many.

But neither can it be said that the slayings of candidates/politicians are in any way random. While the victims do not belong to one predominant political party, almost one-third are affiliated with the Institutional Revolutionary Party (PRI).  And while the motives for the killings vary and, in some cases, are far from clear, reports suggest – somewhat depressingly – that a significant percentage  died because they refused to cooperate with local criminal bosses.

It is against this background that a new president will be elected Sunday, and sworn in on December 1.   All the candidates have said they are the right ones to end this decade-long cycle of violence and begin to impact corruption in a meaningful way.

Regardless of  whether the winner of Sunday’s election offers stability and more of the same medicine, or decides to navigate the nation on a more unpredictable course, the campaigning and war of words will need to stop on July 2 and the complicated task of rewriting Mexico’s history begin.

In 2000, Vicente Fox ousted the PRI and ended its seven-decade hold on power. The optimism at that time was immense, but in the ensuing six years few Mexicans saw any changes to their lives.

What is perhaps different on this occasion is that whoever triumphs in Sunday’s election will be held to account by an expectant – and considerably more demanding – nation that has been let down by its leaders far too many times in its history.