Mondays are usually sluggish days, when most people try to shrug off the excesses of the weekend’s carousing. 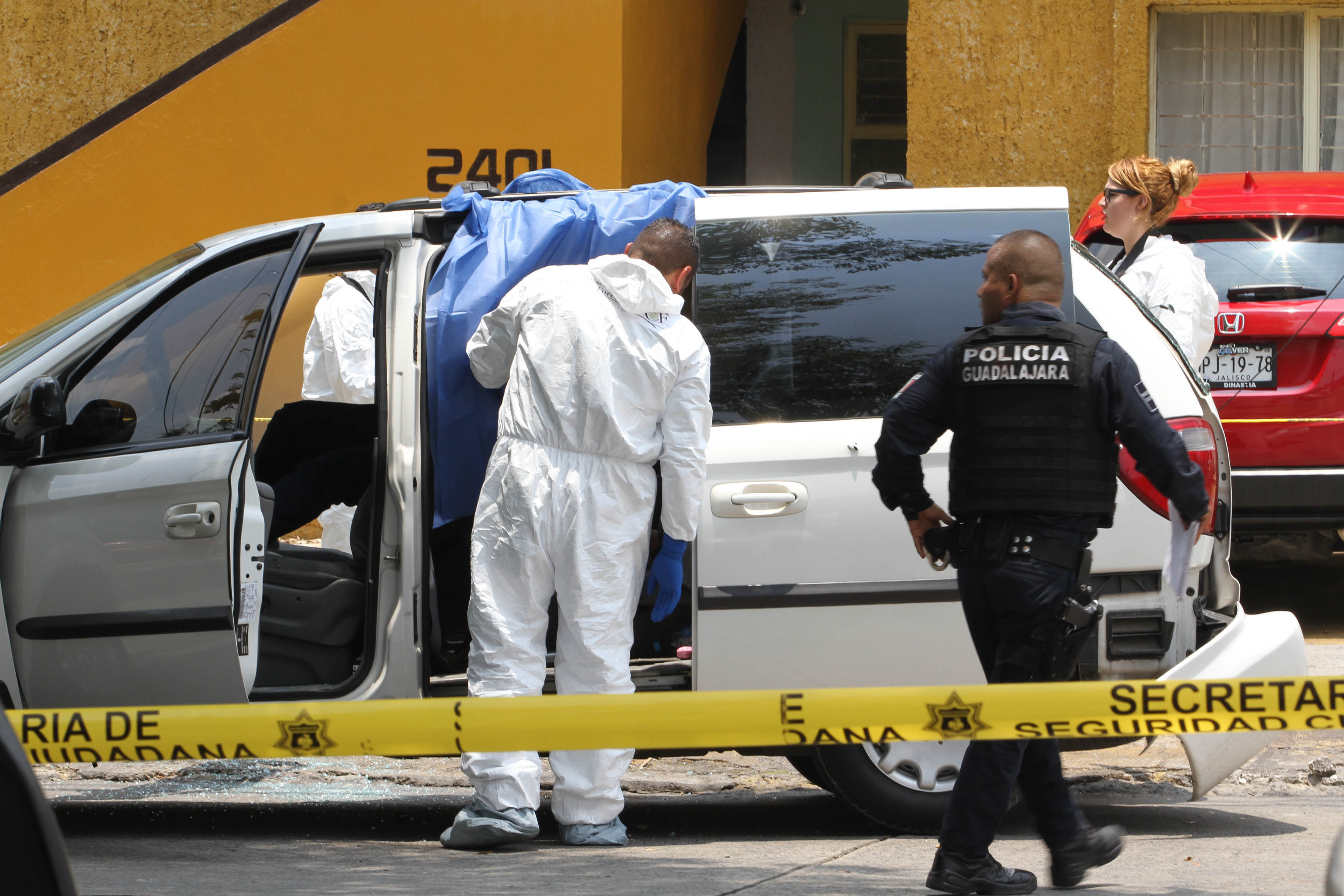 For Guadalajara’s cops, one might think Mondays would be a time for easing up and taking a respite from the daily grind of law enforcement in a large, crime-infested city.

That wasn’t the case on Monday, July 23.

Seven grisly murders occurred in the metropolitan area last Monday. And as is now the custom in the violent metropolis, no one seemed to bat an eyelid.  The continuing wave of killings didn’t even make the front pages of the local Spanish-language papers.

Two of the murders took place in Tlaquepaque, two in Tlajomulco, two in Zapopan and one in municipal Guadalajara.

Only one suspect was detained in Tlaquepaque. That is par for the course, according to figures from the Jalisco Attorney General’s Office (FGE).  Their stats indicate that only three out of 10 homicides are resolved and result in convictions.  The level of impunity for killers in Jalisco is 70.6 percent, the FGE admits.

Even that number is contested by some. Guillermo Zepeda, an investigator from the Colegio de Jalisco, suggests that the figure is closer to 82 percent, given that arrest warrants for some suspects are never acted upon.

A new record for homicides in Jalisco was set in 2017 – 1,368.  That number looks certain to be surpassed this year, with 39 percent more murders reported in the state.  Between January 1 and July 12, police have investigated 1,064 killings – up from 765 last year.

State authorities are keen to point out that most of the homicides are related to internal disputes among criminal gangs, and are not a general reflection of the security situation in the entity.  National news reports this week suggested the current surge of violence the country is experiencing can be put down to the power vacuum created by the capture and extradition to the United States of drug kingpin Joaquin “El Chapo” Guzman. The fact that he is now locked up in a maximum security prison in New York and unable to control his Sinaloa Cartel from a Mexican jail cell, has meant that new players and groups are vying to take over the powerful and wealthy criminal organization.

The gradual move to the “normalization” of the violence and slayings came to an abrupt halt July 1, when leftist presidential candidate Andres Manuel Lopez Obrador achieved a landslide victory that showed Mexicans are keen for a change of direction in the nation’s law enforcement policy.

The last 12 years have seen a huge rise in violence throughout the country as successive presidential administrations have followed the urging of the United States and tried to battle the drug cartels head on, targeting their leaders and disrupting their flow of narcotics north.

A major policy shift of the new federal government will be to focus on combatting poverty – the roots of crime – in depressed areas of Mexico, concentrating on youth and “restoring the social fabric” of the nation.

Speaking in an interview with El Universal newspaper this week, Olga Sánchez Cordero, who will become Mexico’s Interior Minister (Gobernacion) after December 1, said “we are losing a generation of young people, whether through disappearances or because they become cartel members, drug producers or mules.”

She insisted that the normalization of violence will no longer be acceptable.  “How can the discovery of hundreds of clandestine graves be normal?” she said. “Mothers looking for their children in these graves use the phrase, ‘Mexico has become a cemetery.’ It does seem that way.”

The concept of the “pacification” of Mexico predominated during Sánchez Cordero’s interview. She quoted Lopez Obrador on several occasions: “Becarios sí, sicarios no” (scholarships, yes, hit men, no), she replied in answer to a question on how to pacify the nation.

The president-elect has pledged that his government will pay the salaries of apprentices employed by Mexican companies as part of a US$5 billion package of scholarships and job training.  “We will have to come up with this funding … even if we are left without a shirt on our backs,” he vowed this week.