Guadalajara’s Expo Ganadero, an annual livestock fair and competition running from October 5 to November 2, is for the first-time attendee a bewildering overload of several of the cardinal senses. 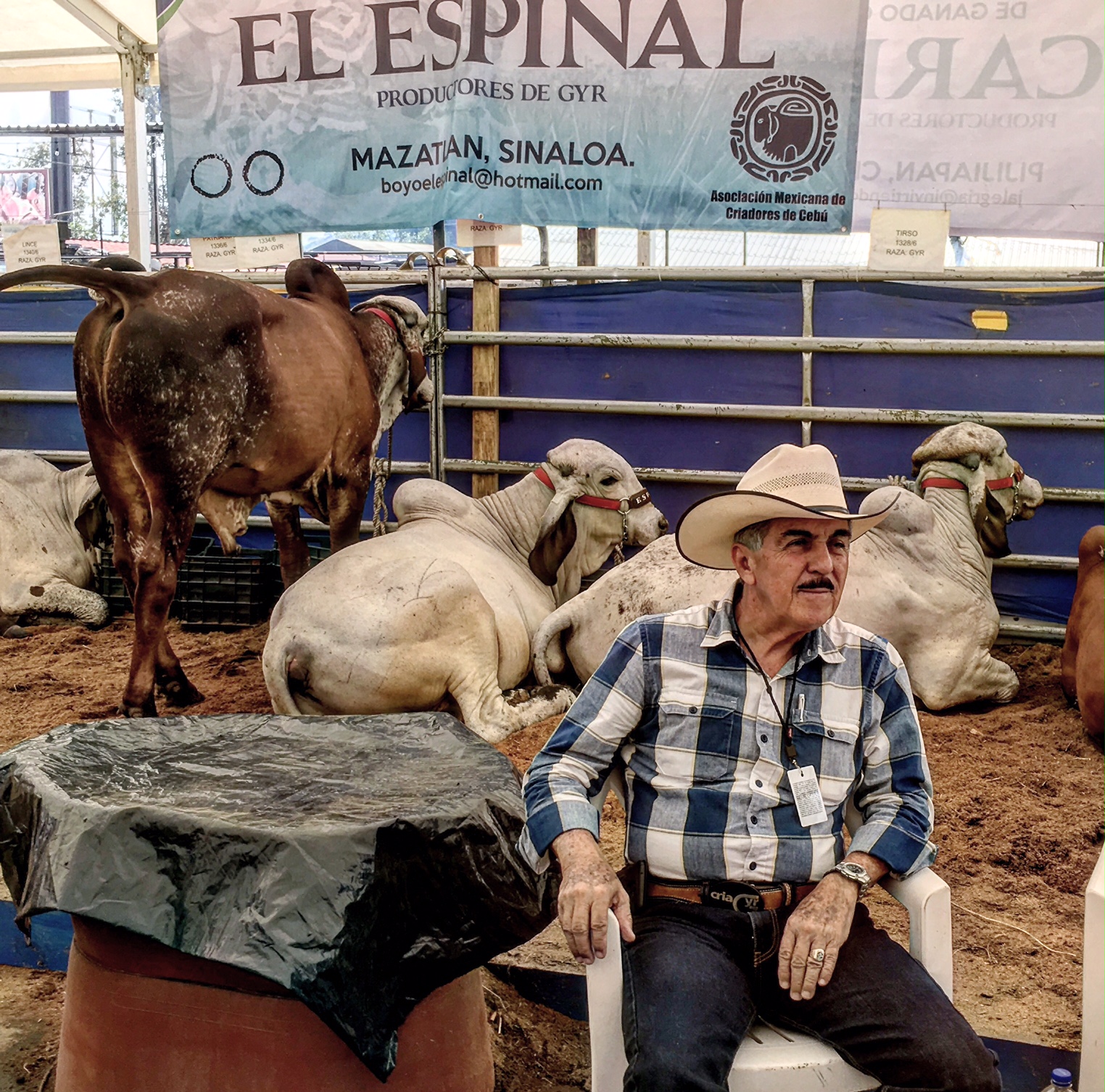 First and foremost is smell: the Aegean stables have nothing on the effluvia that is constantly being emitted by the fair’s furry, feathered or otherwise clad organisms.  Sound comes in second, with lowing cattle, blaring banda and screaming children creating a numbing sonic atmosphere.  Sight takes the bronze; everywhere one looks is something freshly bizarre to delight the eye, be it a giant bovine, miniature pig, blond pony with a braided mane, or a small penitentiary’s worth of adorable puppies.

The day I decided to take the 45-minute bus ride from downtown Guadalajara to the fair, the honored livestock was the zebu, a beautiful breed of Indian bovine whose defining characteristic is a large hump located a couple of feet behind its large head.

They are an impressive sight, the zebus.  Equally impressive is the prodigious results of their constant snacking; I came away a few hours later with a small souvenir of said result, only becoming aware of its presence until I was about halfway home.

The noble zebu, it turns out, is subdivided into several breeds. Guadalupe Yan, an animal trainer from Tenosique, Tabasco, broke it down for me, punctuating his explication of the zebu family tree with slaps of his palm against the massive flank of a nearby member, who reacted by rolling its eyes with a snort while shifting its massive bulk over relatively slender forelegs.

“These here are Gir,” said Yan, gesturing down the stockade at some 25 animals placidly chewing their cud.  “It’s a breed of cattle from India by way of Brasil.  They brought them over from India and mixed them with other breeds, resulting in this animal.  They’re used primarily for their milk, while the larger Brahma breed is more often used for meat.”

Yan’s charges were only two months old, hard to believe given their considerable size until he pointed out two gargantuan breeds on the other side of the stockade from where we stood.

“Over there,” he explained, “we have the Sardo negro and Guzerat.  The Guzerat is for milk and the Sardo Negro mainly for meat.”

For those of us for whom bovinophilia isn’t or has never been a governing influence, the Expo Ganadero provides a crayon box full of entertainments and drinking/dining options.  Fittingly, parrilladas (grills) are the order of the day, with multiple options scattered around the grounds.  I chose Casa de la Salsa, located right across from several stockades full of the day’s guests of honor. I ordered a nice, bloody arrachera (flank steak), its pleasant chewiness perfectly accompanied by both the sight of giant zebus being towed past by their long-suffering handlers and the smell of  excrement – a one-of-a-kind interface with beef involving taste, sight, and smell.

Gazing from the shadows of the restaurant’s canvas roof out onto a dusty, rather sparse afternoon thoroughfare, I wondered aloud when things would likely pick up.

“This place will be full in a couple of hours,” answered Abigail Garcia, a pleasant local woman with a crooked grin – and the waitress attending my luncheon.

“Games, horses, clowns … pig races.  Bands, too.  People will be hanging around till about 2 a.m.,” she drawled sleepily.

In fact, a clown show was already in progress at the aforementioned square, bleachered arena, but it, too, was barely attended; one small boy on the bleachers gazed in rapt attention from between his father’s legs at the two game performers raising a small cloud of red dust, their plucky enthusiasm belying the public’s utter indifference.

But remember, the Expo Ganadero is fundamentally a trade show, not [just] an excuse to raise hell and entertain children.  Men stood talking in groups while staring thoughtfully at massive, listless ruminants, swapping stories, geeking out on zoological minutia and, presumably, making deals.

And yes, this was a man’s world.  The few women in attendance were wives and mothers keeping their charges’ soft fontanelles away from sharp hooves.

The Expo grounds would indeed fill up as the afternoon darkened into dusk. Man cannot feed his spirit on commerce alone; he must have beer, tequila, banda music, clowns and pig races.  All are in the offing on the Expo docket, in addition to rodeos (adult and child), lucha libre, folk dancing, and more.

The zebu is a magnificent creature, even while in captivity and servitude, but its run at the Expo ends this Sunday, October 15, to be replaced from October 17 to 22 by the Limousin breed from France.  And nudging the Limousin from the spotlight October 24 to November 2 will be the Brangus breed, a formidable, jet black cross between the Brahma and Angus varieties.

Entry is 45 pesos for adults, 15 pesos for children ages 6-12 and 20 pesos for seniors.  A ticket gives the buyer access to all of the expositions and concerts, in addition to participation in the various competitions.  The Union Ganadero Regional de Jalisco is located on Calzada Huascato and Calle Amacueca, at El Alamo Glorieta, where Lazaro Cardenas meets the highway to Chapala.