The U.S. Consulate General in Guadalajara’s annual U.S. Independence Day celebration, held in the vast main hall of the Tec de Monterrey university, was this year thrown just a bit shy of July 4, occurring instead on Friday, June 22.

The main reason for this scheduling change, reportedly, was to time the event with the departure of Consul General Tanya C. Anderson. 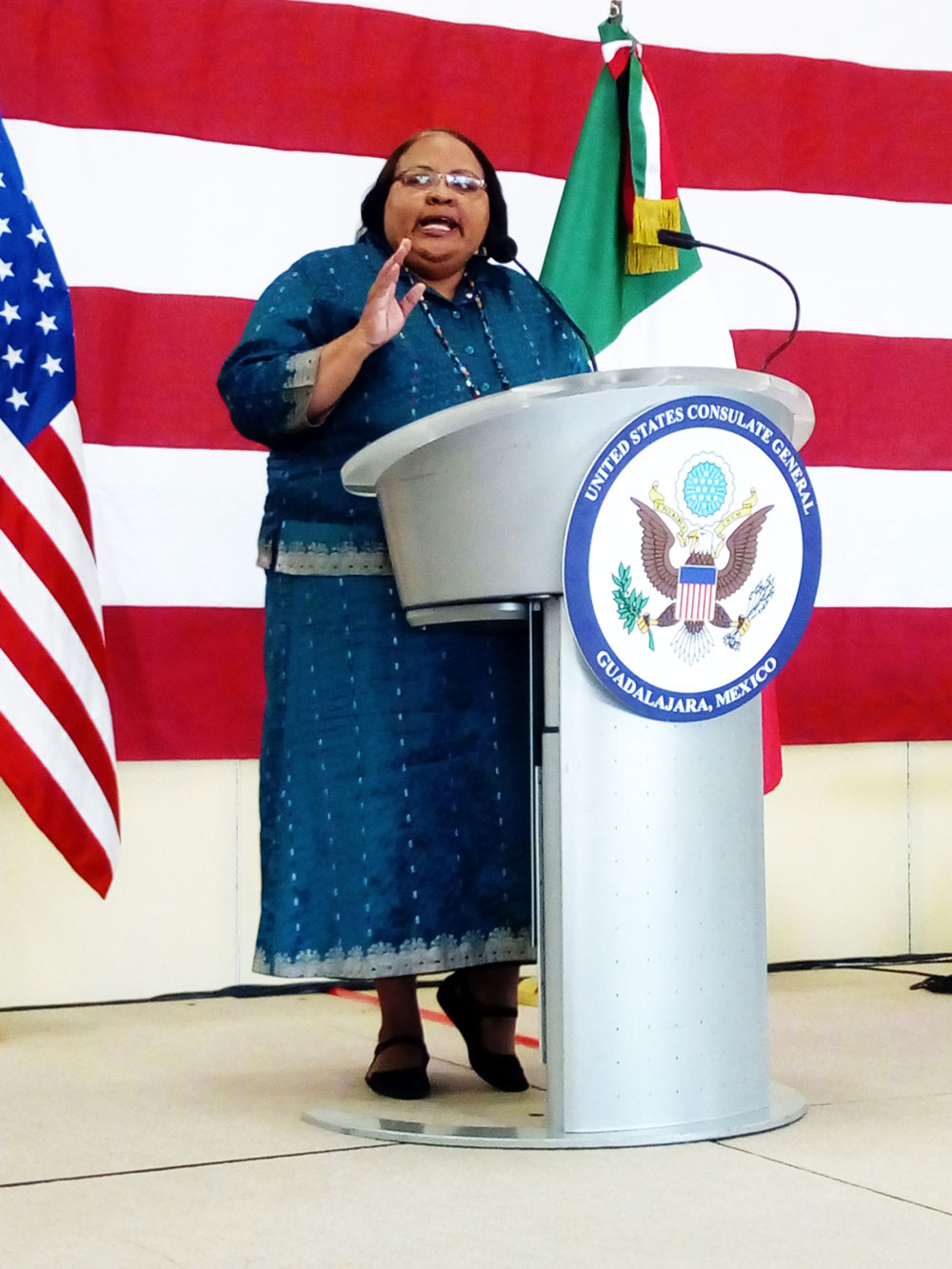 Anderson has held the position of consul general for the last three years, a standard tour of duty for foreign diplomats.  In a 12-minute speech before a collection of Consulate employees and invited guests from the Mexican community, she praised the work of various organizations, both private, public and non-profit, with whom the consulate worked to realize their shared goals.  “To our friends in civil organizations, your work has been indispensable for the future of this country and I honor your commitment to defend important cases day in and day out,” said Anderson. 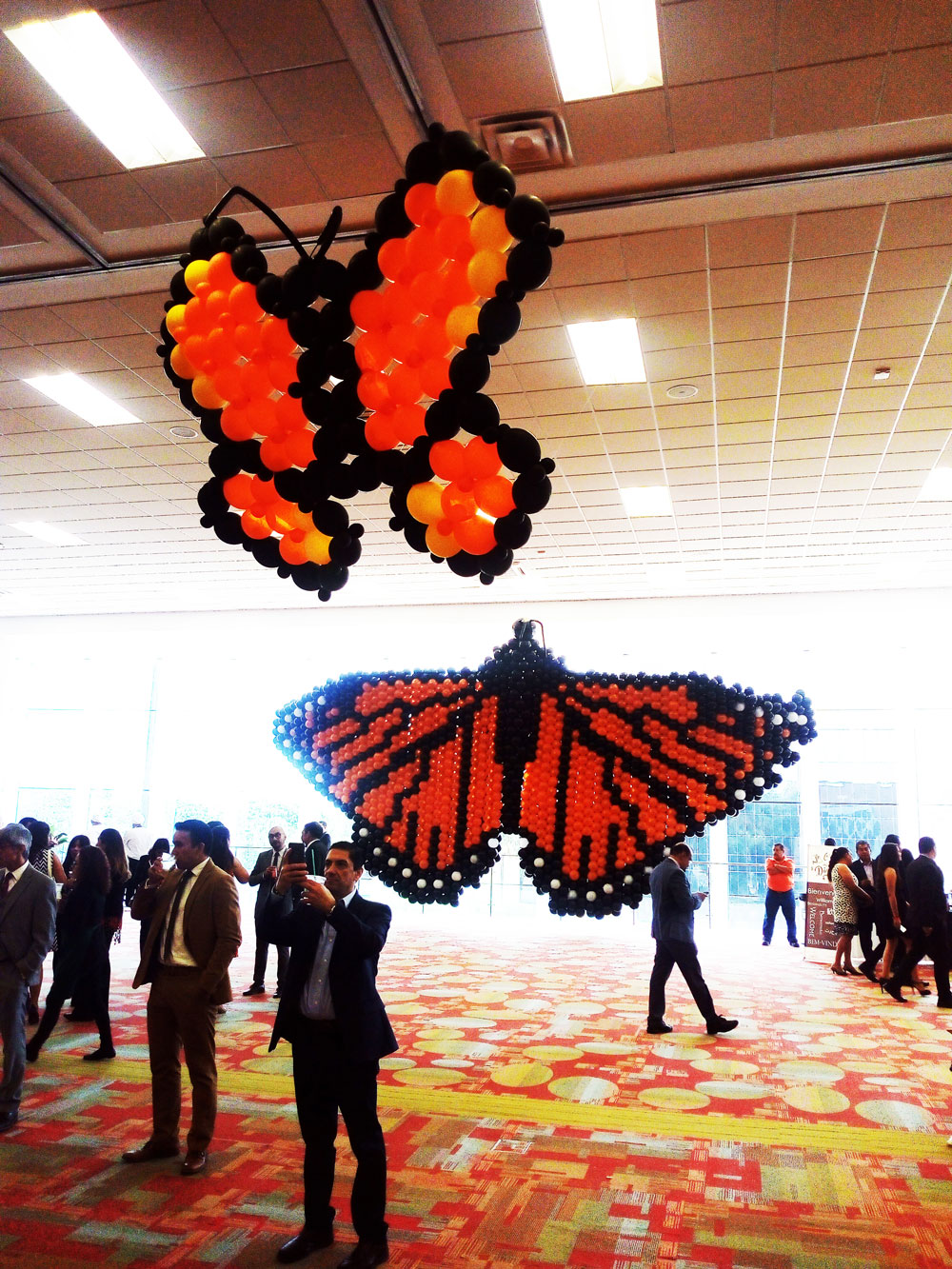 With Guadalajara’s two big LGBTQ Pride parades still visible in the rear view mirror, the issues facing that community can’t have been far from Anderson’s mind. 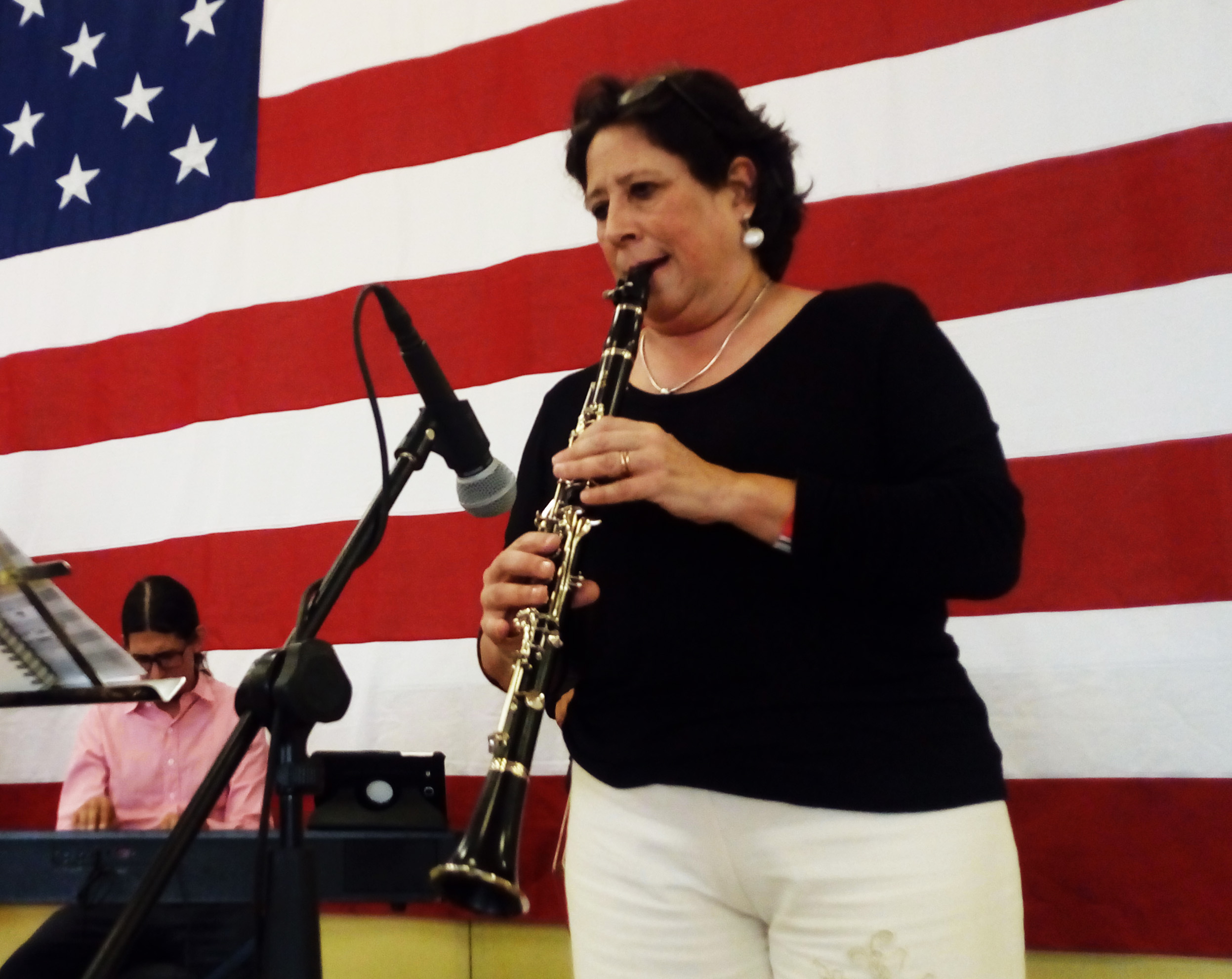 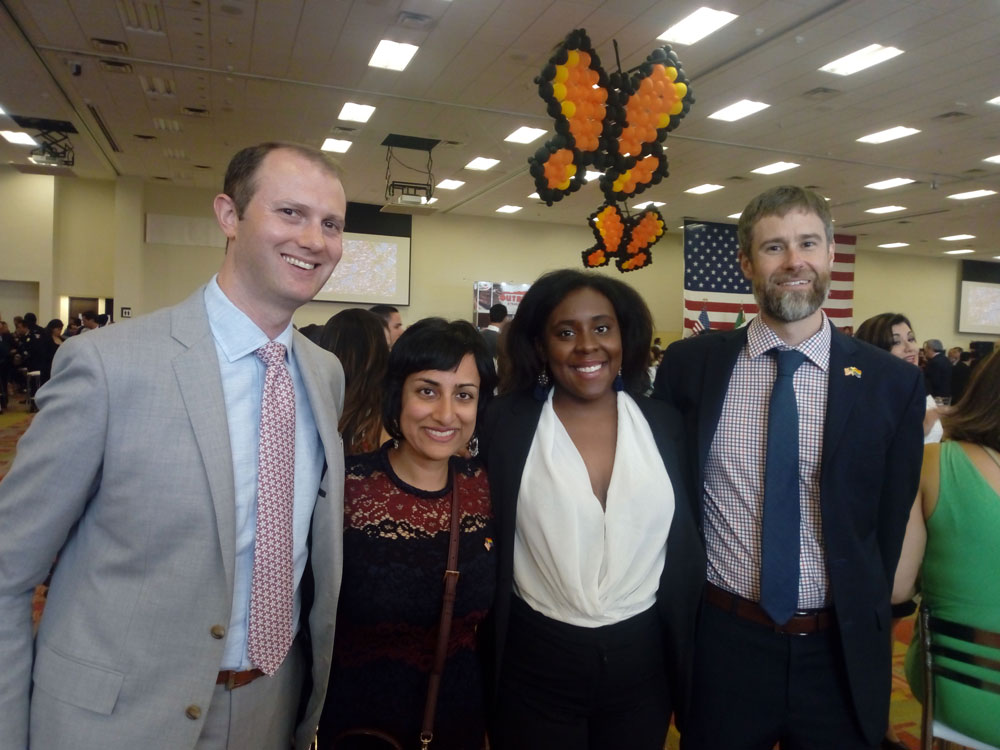 “We have kept LGBTQ rights at the center of our platform in the field of human rights, through which we strive to promote diversity and tolerance,” said Anderson.

She also took care to evoke the importance of U.S.-Mexico unity  – an issue omnipresent in the current political zeitgeist.  Looming over spectators were several symbols of that unity: giant monarch butterflies made of hundreds of balloons.

“The delicate monarch butterfly, which you see above you, calls home all of North America, undertaking their long journey from Canada, through the U.S. to Mexico every year,” explained Anderson, who then proceeded to list the ways she felt her Consulate had worked to promote the transnational unity embodied by the famous winged insect.  These included facilitating the first summit of mayors from state side sister cities in Mexico and working with the Women’s Justice Center to organize a conference on violence against women.

In her closing statement, Anderson became choked up as she singled out for praise her co-workers at the consulate, stating that they, above all, made her three-year stay in Guadalajara an unforgettable, life-changing experience.  While details about her next move are as-of-yet unknown to the Guadalajara Reporter, we hope the best for the career diplomat in her future endeavors.