It is always a big deal when the Virgen de Zapopan comes to town and this time was no exception.

The religious festivities taking place to usher in the rainy season ran true to form for the most part, with a few extraordinary features. 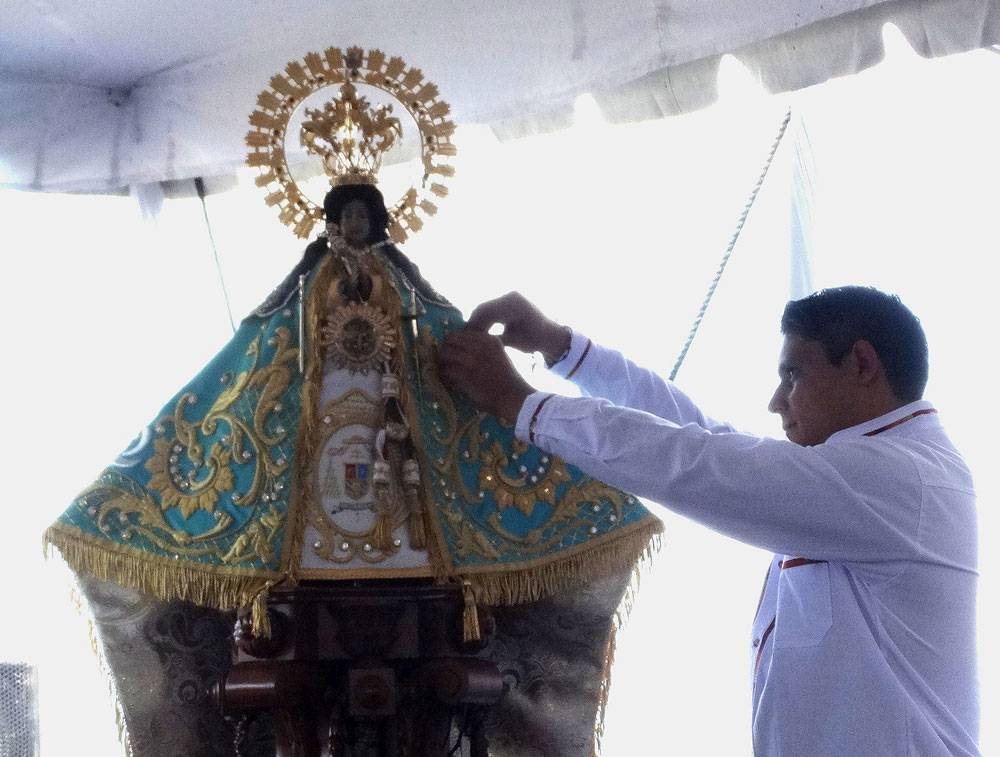 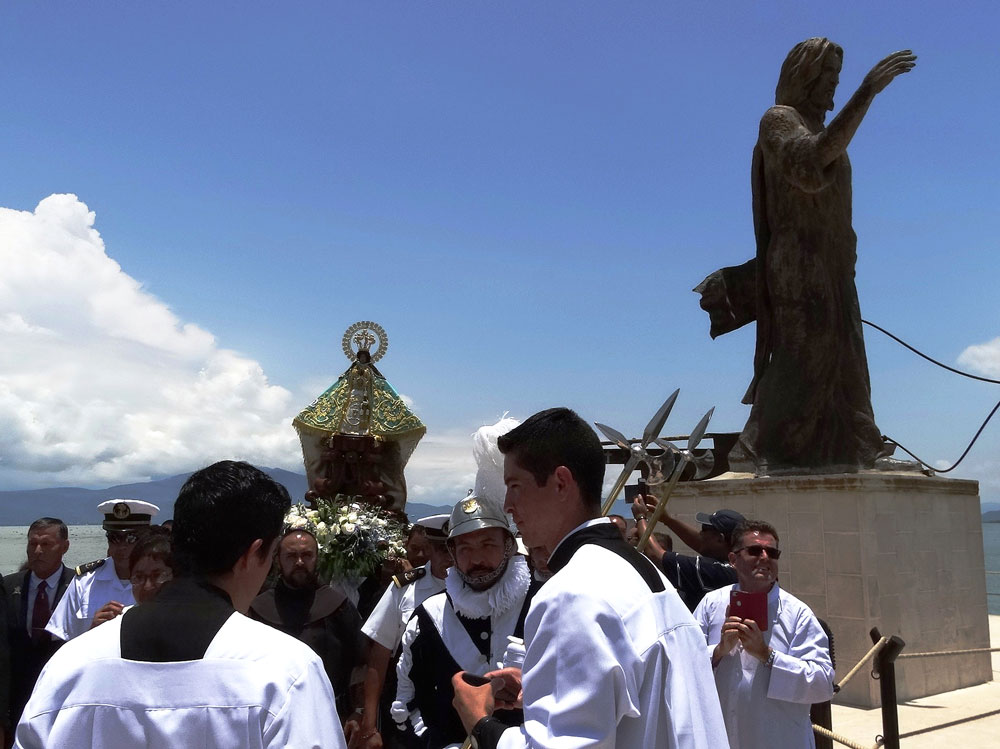 The highlight of beloved icon’s extended three-day sojourn was the delivery of a miniature gold-plated key to Chapala, awarded by the city council during a session held Monday, July 15, at the waterfront malecón.

In a rare move for Sunday’s welcome procession, the regally attired figurine was removed from her protective crystal case to be shown in full glory atop a carved wooden bier that was hoisted by an honor guard from the San Francisco parish on the march along Avenida Madero prior to the noon Mass. 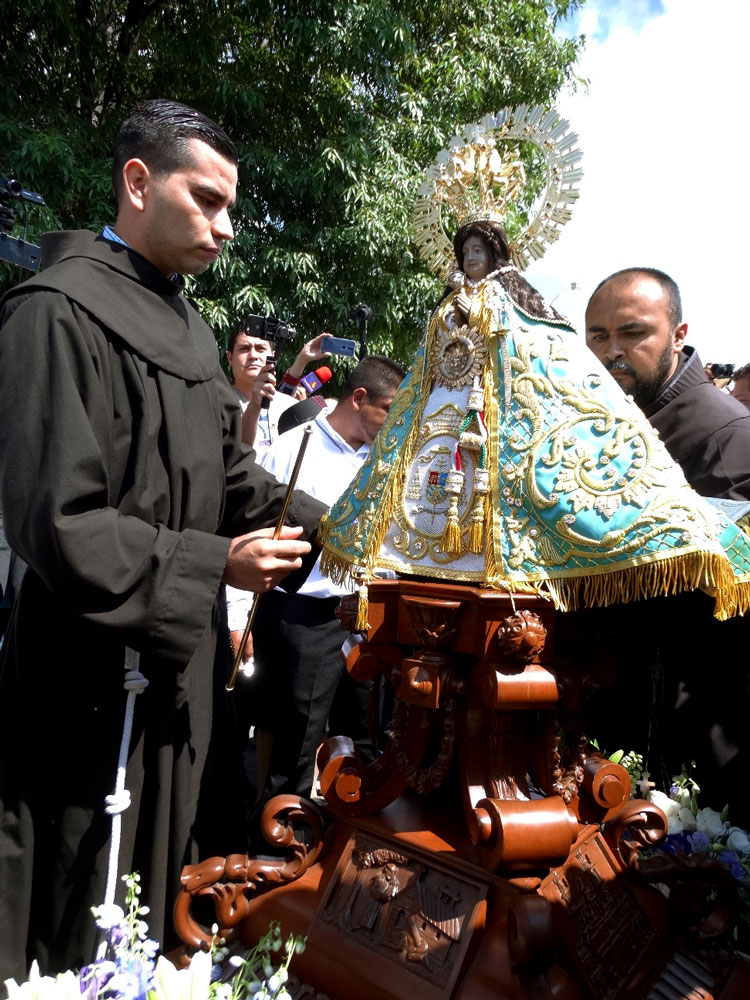 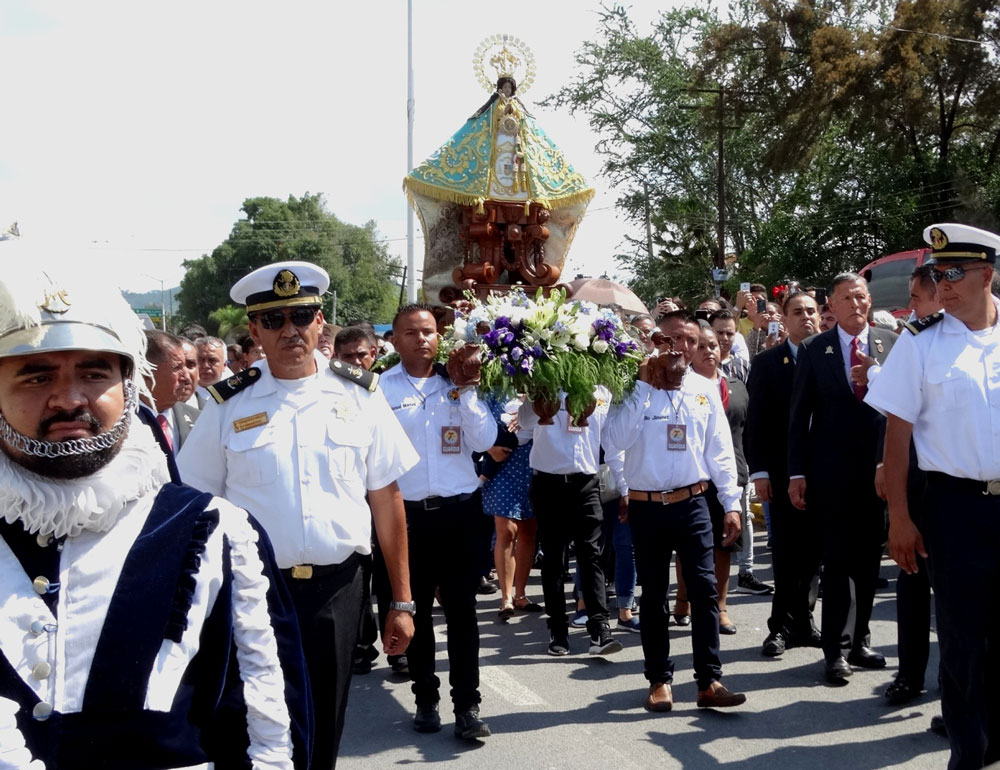 Following the service, the diminutive corn-husk statue was carried to the waterfront for a customary blessing over the lake, but instead of going to the usual spot at the end of the pier, the entourage headed all the way to the newly completed bridge crossing over to the artificial island where the giant statue of Jesús Pescador towers above the water. 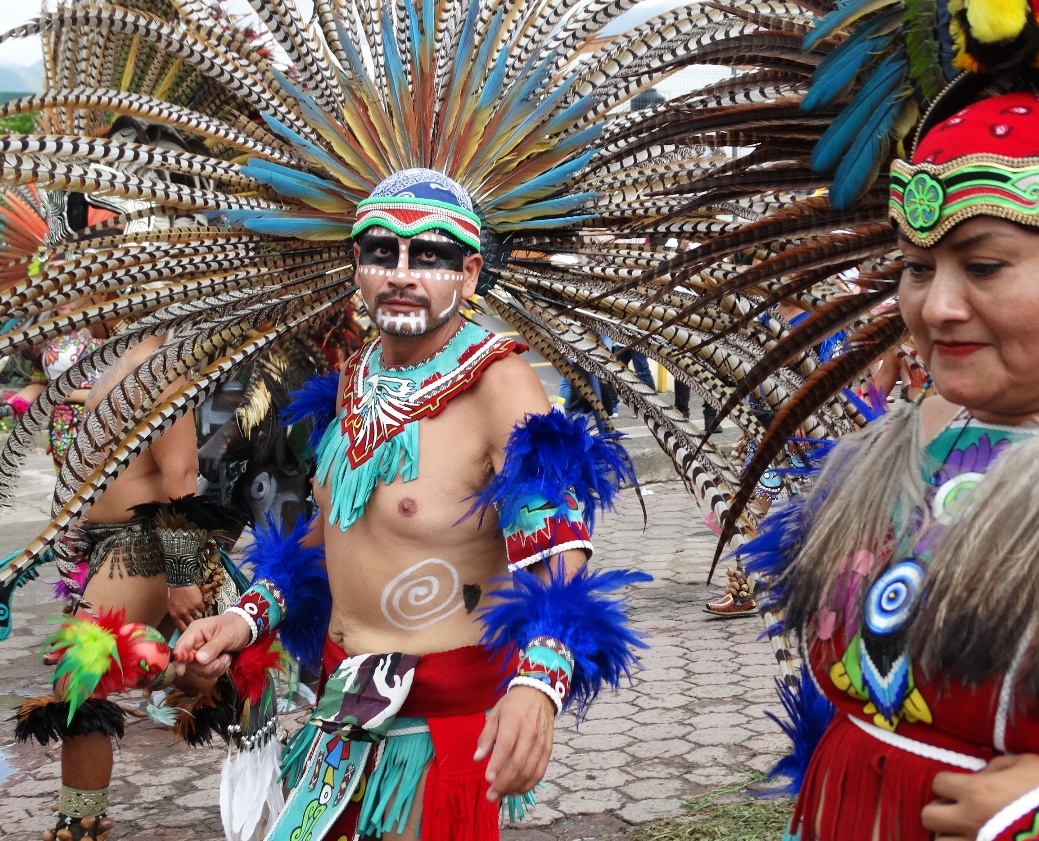 La Virgen was uncovered again the following day to appear at the key ceremony commemorating the tenth anniversary of her coronation as the Queen of the Lake. She received keys to Guadalajara in 1943, marking the city’s 100th anniversary in recognition of her role as its spiritual patroness. In 1998, Zapopan granted her its keys as that city’s distinguished inhabitant.