For the fifth year running, Chapala municipal police officers commemorated Three Kings Day by taking to the streets and handing out apples to local children.

This year, there was an interesting twist to “Operation Apple.” While visiting a local vendor to acquire the apples for this year’s event, one of the organizers attempted to explain why he was purchasing so many apples. 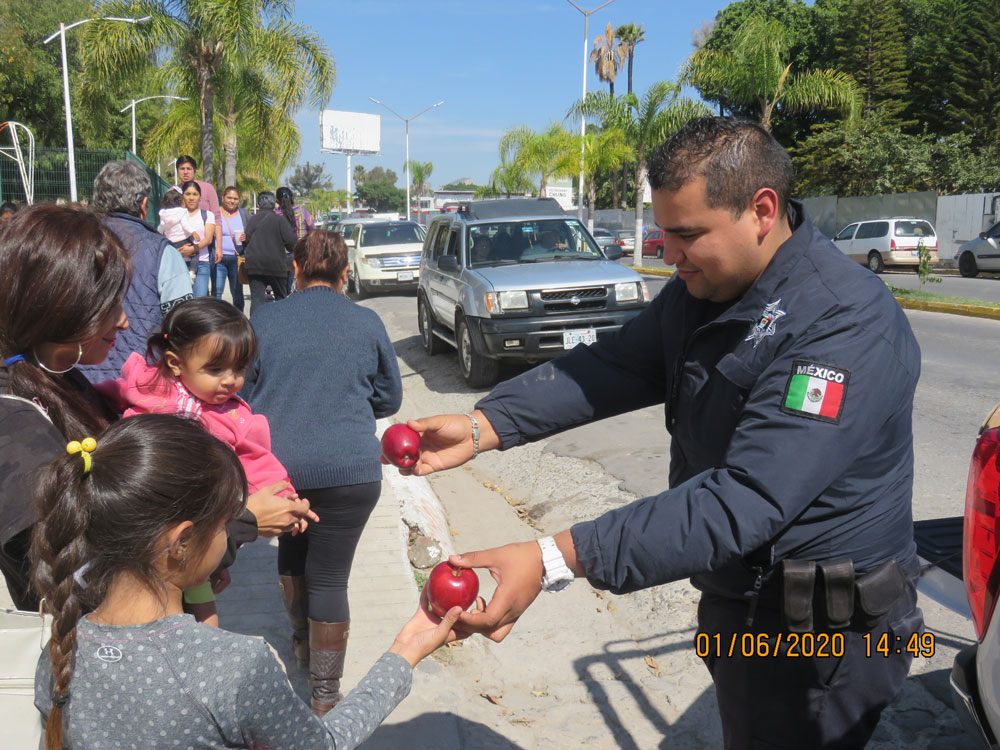 Given his limited Spanish, he was having difficulty explaining the background of the purchase to the vendor. At that point, a bilingual shopper observing the linguistic disconnec,t stepped in to help out.  In so doing, she learned for the first time about the initiaitve.  At one point, she commented how impressed she was with the concept, given that  it benefitted the children, the police and the community. Within seconds of making that comment, she added that she wanted to participate and would pay for the apples. A special thanks to Bonnie Blake for volunteering to be a translator and her generosity in paying for the apples.