Youngblood Naval Captain Jorge Salvador Meléndrez Fuentes has taken over the helm of Chapala’s Harbormaster’s headquarters, on assignment from the Secretariat of the Navy (Semar) to replace outgoing chief officer Jorge Ochoa Ochoa. 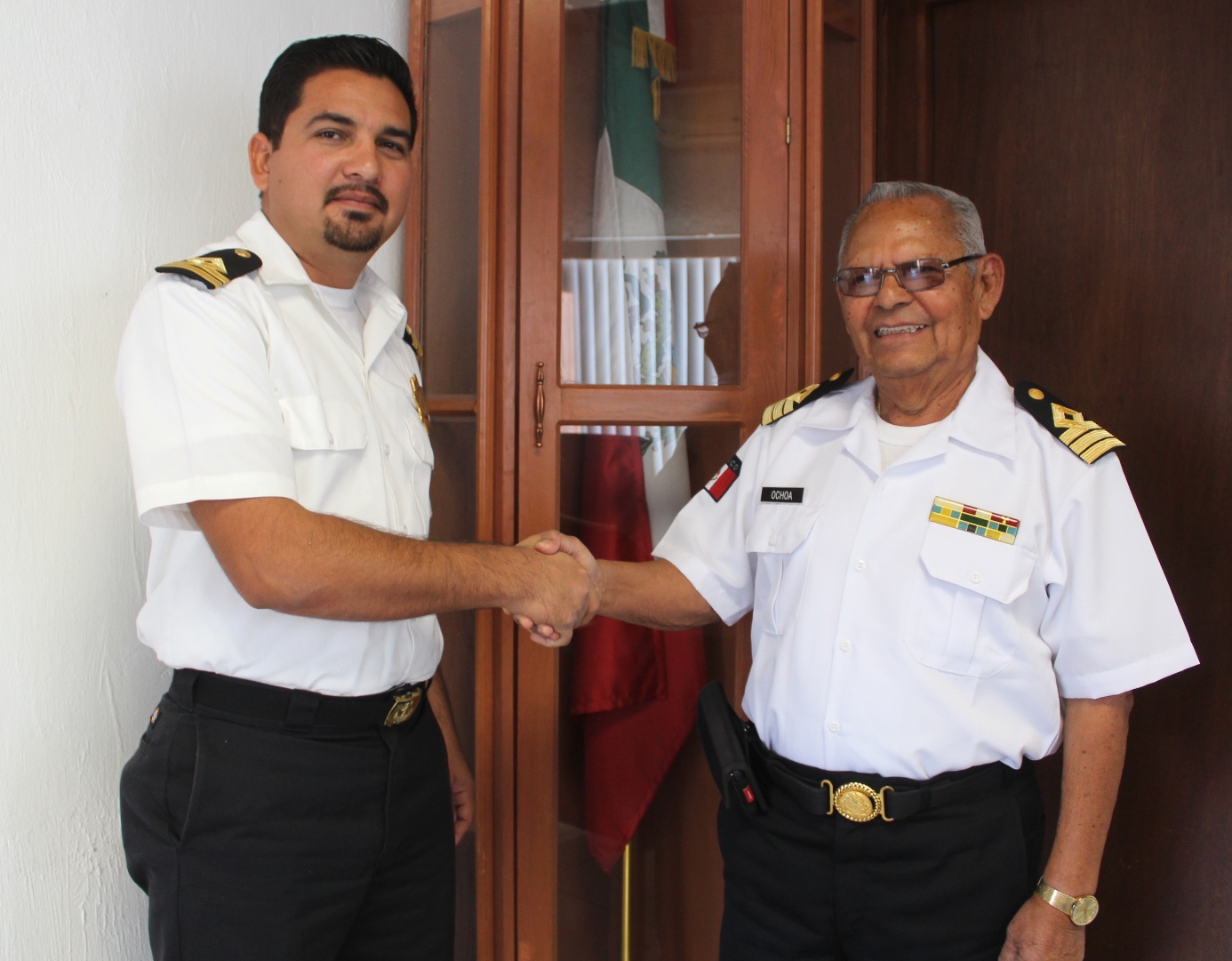 Ochoa submitted his resignation last December in order to retire after 32 years of service. Now 80, his long and distinguished career as a naval mechanical engineer included two stints as head of Chapala’s Capitanía de Puerto, first from 1995 to 2002, and most recently since September 2011.

Meléndrez, 33, is a 2010 graduate of the Escuela Náutica Mercante in Mazatlán, Sinaloa.  Prior to taking charge as Chapala Harbormaster on January 2, he held posts in the Maritime Traffic Control Center in Manzanillo, Colima, and the Maritime Guard command at the Capitanía de Puerto in Guaymas, Sonora.

In addition to supervising navigation safety on Lake Chapala and administrative tasks concerning the registration and control of vessels plying its waters, the new harbormaster intends to carry on the initiatives pursued by his predecessor.   One pending project is to build a dock for the harbormaster’s own fleet, to be located at nearby Cristiania Park. Another is to resume Ochoa’s ongoing talks with naval authorities to obtain permits and funding to dredge the zone just off the Chapala Malecón. The purpose is to create a permanent navigation channel that will give boat access to the pier regardless of climatic conditions.