Bethany Putman presents “Reflections on 9/11” at the next meeting of Open Circle, Sunday, September 11, 10:30 p.m. at the Lake Chapala Society.

When the Twin Towers were attacked on September 11, 2001, Putnam was living in Asheville, NC. Like most people, she wondered how she could be of assistance as she watched the broadcasts depicting the tragedy. Two and a half years prior to 9/11, Putnam founded an organization that addressed a need for nationally-based disaster relief within the Episcopal Church. Her phone rang on September 19, and Trinity Episcopal Church was curious how quickly could she get to New York to help them. She packed a few bags and drove through the night, not knowing what to expect or how her days would be spent. Hired as the Disaster Director for St. Paul’s Chapel, Putnam spent six weeks implementing systems, caring for the first responders and creating opportunities for hundreds of volunteers every day at Ground Zero.

For many of us, bridge was an enjoyable way to spend time with friends, especially during those times when money was really tight. Then, work and family became a primary focus and bridge was set aside. Now there is an opportunity to experience again this fascinating game which does so much to keep your mind active. We hope you will choose to renew your connection to this game and join us Tuesdays and Thursdays at 1:30 p.m., or for less experienced players, the Friday’s lesson at 9: a.m. and game at 9:30 a.m. at the Lake Chapala Duplicate Bridge Club next to Mom’s Deli in Riberas del Pilar. Please be at the club 15 minutes before the game.

This week’s winners are: 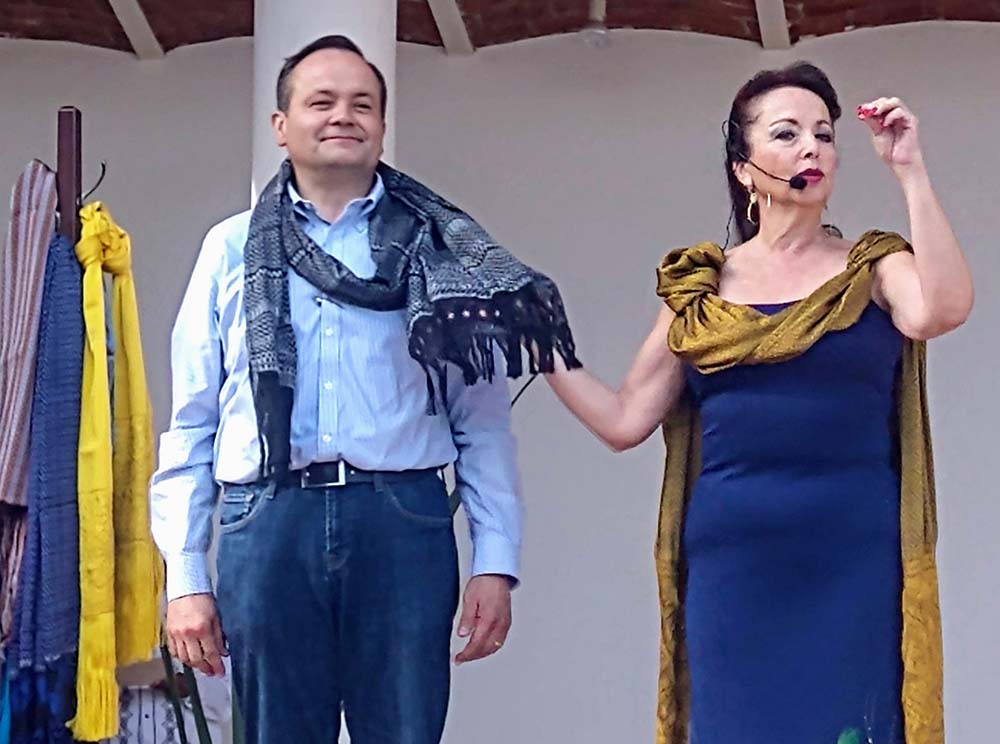 Fourteen years ago there were 265 species on the Lake Chapala List. The list which has now reached 351 species—surely a landmark worth celebrating! The latest additions in August are the royal tern and the upland sandpiper.

Lake Chapala Birders is an informal group of bird observers led by John and Rosemary Keeling. Bird-walks are open to all those interested in birds, both beginners and experienced birders. Just bring binoculars. Information: chapalabirders.org.

Monday, September 19, the birders will meet at 8:15 am at El Bajio on the west side of Ajijic. The group will walk down the lane to the lake, expecting to see a good variety of birds in the tall trees and fields. At about 10 a.m. we will head to Fonda Dona Lola for breakfast and to review the bird list.

How to Get There: From Ajijic go about 2 miles (3 km) west from the light at Colon, turn downhill at the sign for El Bajio opposite the west end of the new retirement community of El Pueblito and park immediately on the lateral road parallel to the carretera.